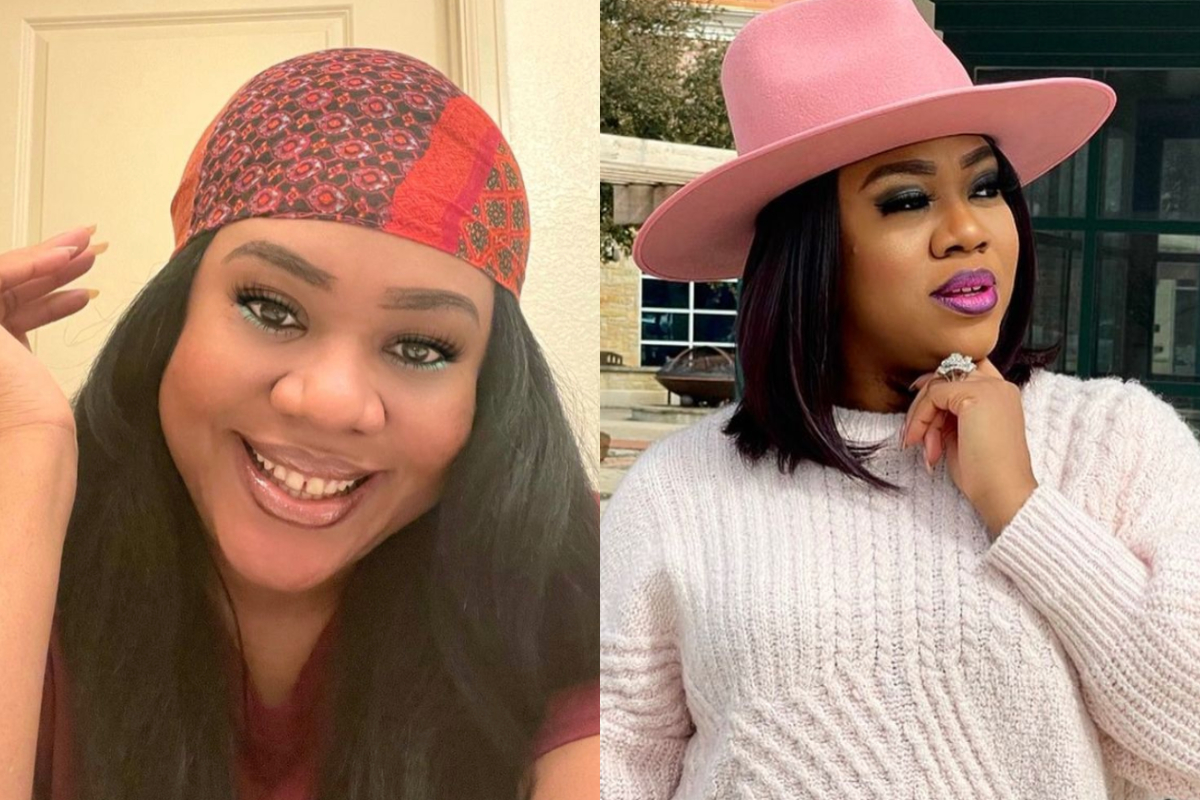 Stella Damasus expressed how much she loves a video that sees a woman standing up for herself and defending herself by fighting her husband who was with another woman and some men started attacking her for promoting domestic violence.

According to these men, Stella Damasus is encouraging women to beat their husbands by liking the movie that sees a woman beating her husband and that alone is promoting domestic violence which others preach against.

Stella Damasus in reacting to that has slammed these men attacking her for that saying she’s only encouraging women to stand up for themselves and not let men subject them to beating just like the movie portrayed.

According to Stella Damasus, these men attacking her feel offended now that the narrative has changed and a woman is standing up for herself because they never used their platforms to preach about domestic violence when it was men beating their wives.

Stella Damasus then advised women to stand up for themselves hence telling all those who have the chance to learn a martial art to do so in order to be able to defend themselves in difficult situations such as rape and domestic violence.