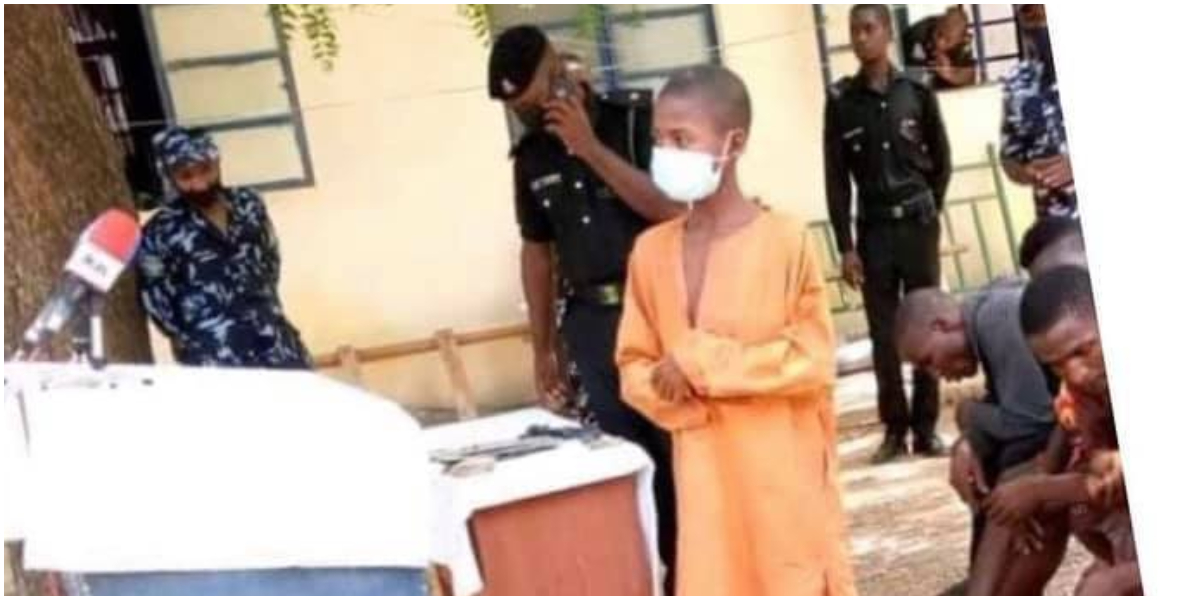 According to a report filed by Instablog9ja, a 13-year-old boy has been arrested for killing two bandits in the forest.

It was gathered that Abdulkarim Mati was an errand boy for bandit chief Ardo Nashaware, who lives in Birnin Magaji forest in Zamfara State.

According to the command’s spokesperson, Gambo Isah, the minor fled the forest where he allegedly killed the bandits and officers arrested him at his hideout.

The report futher said Mati claimed that bandits kidnapped him from his parents under the pretense of assisting in the rearing of cows for his masters, according to Isah. Instead, he was trained on how to use AK-47 weapons and serve as a guard for abducted victims.

In other news, a married man has reportedly died together with his side chick during what looks like a marathon s.ex in a hotel in Lagos.

In a report filed by WithinNigeria, it was gathered that Police operatives arrested a lady, identified as Peace Sunday, over the death of her sex partner, simply known as Dave, in a popular hotel in Idimu area of the state.

Peace was said to have lodged in the hotel with the deceased during which they were said to have engaged in a romp after which he slumped and died before the hotel management would offer any assistance.

The lovers were said to have visited the hotel to spend the night together on 31st May, 2021, before she took ill and eventually died.

WithinNigeria added that while they were in the room, Esther suddenly took ill and in the process, foamy substances started coming out from her mouth and nostrils.

The suspect, Isibor, was said to have sought help by calling the manager of the hotel to rescue his girlfriend and members of staff of the hotel rushed Esther to FirstLine Hospital but she died on the way. The doctor on duty at the hospital merely certified that Esther was brought in dead.

The manager of the hotel, Obijomi Adedeji, went to the FESTAC Police Station to report the incident. The suspect was then arrested and currently undergoing interrogation over the death.

The State Police Public Relations Officer, CSP Muyiwa Adejobi, who confirmed the incident said, “Yes, the case was reported to us and we are still investigating it”.

The actual causes of the deaths were not yet confirmed because the autopsy reports were not yet out but the suspects were still in custody pending the outcome of investigations.