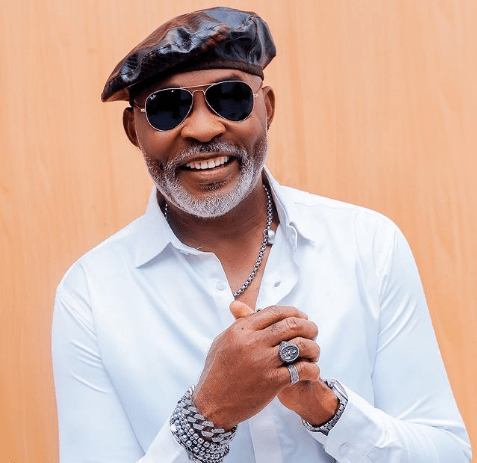 Richard Mofe-Damijo, a talented Nigerian actor known by his acronym, RMD, has reason to celebrate as he turns 60 on Tuesday, July 6, 2021.

To commemorate his special day, the Nollywood veteran shared some lovely new images on his personal Instagram profile.

He conveyed his thankfulness to God for the new age in a photo in which he was clothed in a white shirt.

A few hours before his birthday, the actor posted another stunning photo.

He also shared a photo today which he wrote and as a caption,

“Finally, It’s dawn And it’s my birthday. What an incredible journey, this has been. Yet I won’t tire. Just super grateful and thankful. Life like a Nollywood movie. To God be the glory!”

Nollywood actors and actresses took to his comment section and wished the veteran a happy 60th birthday.

However, the veteran actor said in an interview with Chude that he was thrilled with his birthday because none of his folks lived until he was 60.

His mother died aged59, according to him, while his dad died at 57/58. In addition, RMD remarked that at 60 his life was just beginning.

In other news, RMD discusses bogus cheating charges. Living in the limelight is frequently viewed as both a privilege and a burden, as Richard Mofe-Damijo knows all too well.

In a recent conversation with Chude Jideonwo, the Nollywood veteran known as RMD discussed some of the occasions the media spread fake stories about him about his marriage.

RMD said that he was in an accident in Delta state and that his wife, Abike, had read in the media that he was in the car with a woman and a baby during the accident, which was all a lie.