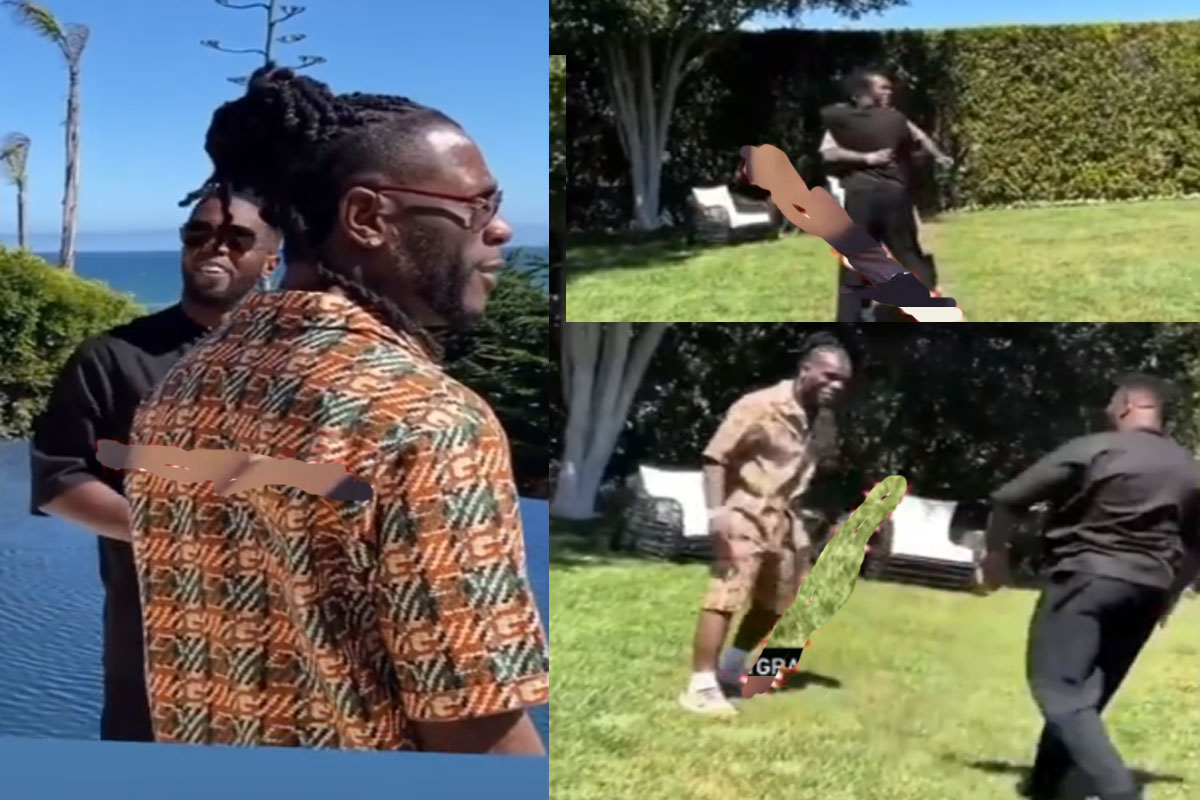 Nigerian singer, Grammy award winner, Burna Boy finally reunited with his friend and legendary Hip Hop star, Seun Combs simply called Diddy in the US for the first time after winning the Grammy.

For those who may not know, Diddy is the one who executively produced Burna Boy’s ‘Twice As Tall’ album that won him the ‘Best Global Music Album’ at the 63rd edition of the Grammy Awards.

The Afrofusion star who is currently in the US paid Diddy a visit and it was an exciting experience seeing each other after a long time as COVID-19 restrictions affect flights during the production of his album in 2020.

In a video sighted online, the two music icons could not hold back their emotions as they were greatly excited to see each other again after all the zoom conversations and Diddy said in the video that yesterday was a glorious day for them because he reunited with his brother again.

Here are some comments the video generated.

Just don’t sleep with him Diddy. Don’t do him like you did Usher o 😢

Burna ask mum about diddy. There should be a maternal connection. You guys are literally twin

Forget I’m proud to be a Nigerian,this is why other countries are always jealous of us

Abeg Burna and the rest Nigerian artists are not mate. He should brag as he can, he has an excellent bragging right.