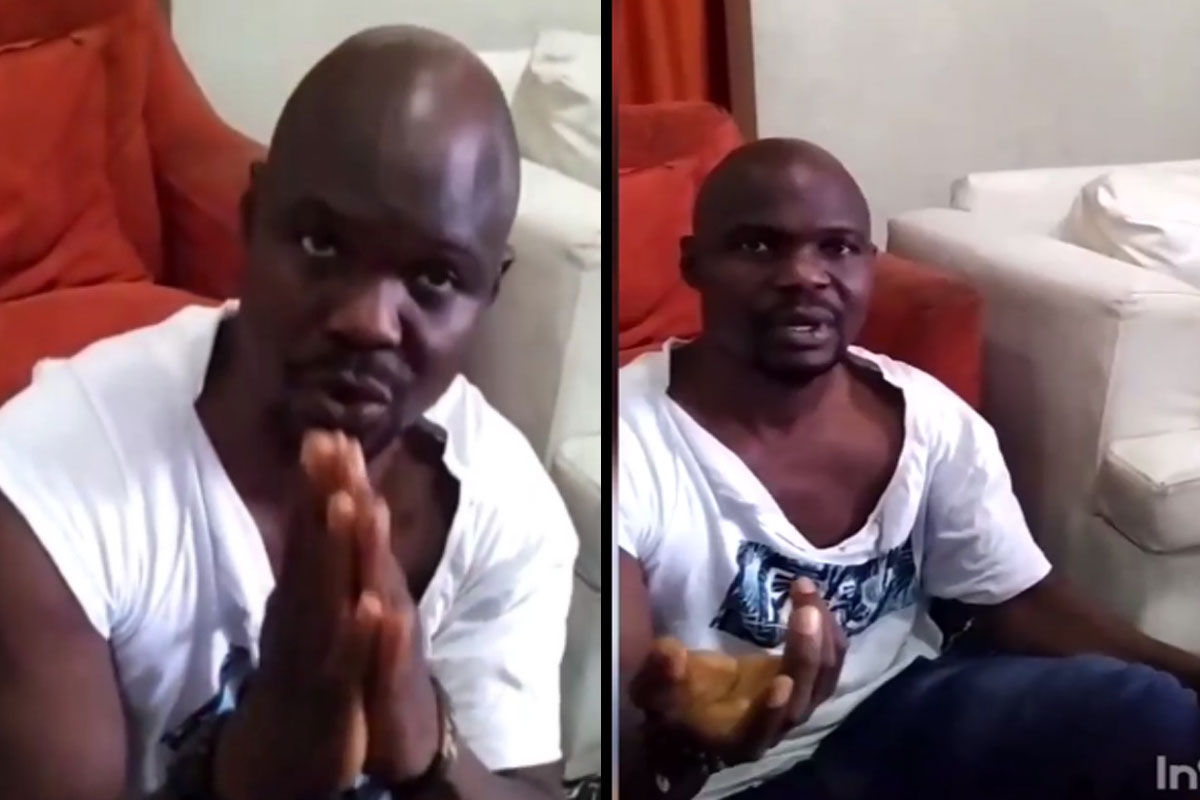 Embattled Nollywood actor, Baba Ijesha was granted bail of yesterday at his court ruling following his alleged rape case with a minor.

Baba Ijesha who was accused of se.xually molesting a girl at the age of 7 and 14 after a video footage of him committing the act was obtained pleaded guilty to the crime and after months of being in detention, he has been finally granted bail of 2million naira.

A video shows the moment Baba Ijesha went down on his knees to thank his legal counsel for helping him to secure the bail during a meeting with them together with his friends, family and some colleague actors and actresses.

Read some reactions to the video below;

‘Pelu awa oshere’, mean Yorubahood is in on it! I guess it’s safe to say yorubahood is the abode of Pedophiles. Cool!

Bail doesnt mean he has been discharged and acquitted. So all this celebration is for what exactly?
You still going to court.

…just shaking my head… if that girl was their daughter…. 😢😢😢😢how and when will Nigeria be better…. mtsweeeeeeee

For those of you who thinks it’s getting swept under the rug! No! Him getting bail doesn’t mean he’s been acquitted! It only means he will be going to court from his house and not prison !

Bail doesn’t mean you’re free. It’s just a temporary freedom while awaiting trail. If found guilty, next will be sentencing and prison. All these thank you sir, is a waste of time. No knowledge of the legal process.

Eyin osere ti aye yii ma baje habi 😂😂😂 no known faces at the gathering those with names and fame are being careful awon eni eleni, they actually knew he did but because it is not their own child they are thanking him, naija my country I hail o