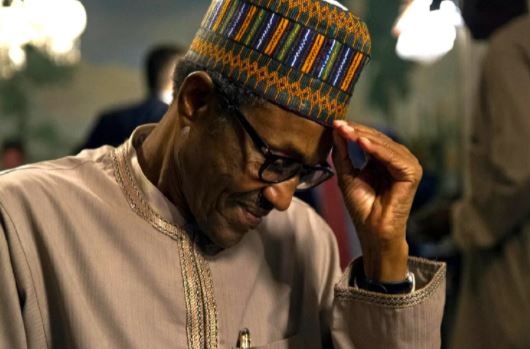 The Christian Association of Nigeria (CAN) has asked President Muhammadu Buhari not to let the story of the abducted students from Bethel Baptist School in Kaduna repeat that of the Chibok schoolgirls, who have been held captive by Boko Haram since 2014.

Rev. Samson Ayokunle, President of the Christian Association of Nigeria, made this disclosure in a statement released in response to the abduction of 180 students from Bethel Baptist College in Kaduna on Monday, July 5.

“As it is gradually becoming a norm in Nigeria, Nigerians were yet again taken by surprise to read about the news of the 180 innocent pupils of Bethel Baptist College, Kaduna who were kidnapped by the notorious Boko Haram Terrorists or bandits on Monday 5th July 2021.

These are children of innocent Nigerians who left the confines of their parents in pursuit of education and a better tomorrow.

According to the Constitution of the Federal Republic of Nigeria, the welfare and the security of all Nigerian citizens is the primary responsibility of the government.

That President Muhammadu Buhari GCFR has indeed lost grip on the leadership of this nation, especially his inability to provide security for citizens of this nation. He should therefore seek foreign assistance before it is too late.

The story of these 140 innocent pupils of Bethel Baptist College, Kaduna must not be like the story of Chibok Girls who are still missing till date despite plummeted boast and blank promises by the present administration in 2015 to recover them if they win the election.

President Muhammadu Buhari must ensure a safe return and reunion of all the 140 innocent pupils of Bethel Baptist College, Kaduna to their families and others in captivity.

That President Muhammadu Buhari should summon all the security chiefs and cause them to explain why the criminals are operating with ease in Nigeria without being brought to book.

That President Muhammadu Buhari should caution His Excellency, Malam Nasiru El-Rufai from talking more than acting.” the statement in part reads

“Whereas, provision of adequate security for all Nigerian citizens was one of the campaign promises of President Muhammadu Buhari, GCFR, in the 2015/2019 general elections and the major reason people voted for him was being an ex-military man, the administration has failed woefully to keep a campaign promise.

The former administration of President Goodluck Ebele Jonathan was severely criticized by our present leaders for inability to curb the activities of Boko Haram, but today we are not only being harassed by Boko Haram and Islamic State of West African Province (who recently appointed their own governor for Borno State) we are terribly traumatized by bandits, kidnappers and other criminals.

Nigeria is no longer a safe haven. It has gradually become a den of kidnappers and other criminals who are operating almost unchecked. It is obvious that the security operatives are overwhelmed,” CAN said.

“Furthermore, the situation in Kaduna has become quite terrible because of the uncouth, unbridled and acidic statements credited to the state Governor, Mallam Nasir El-Rufai who appears to be talking too much than acting! Nigeria, a land once flowing with milk and honey has become a wasteland and a land that is devouring its inhabitants in the hands of this present leadership.

On the other hand, it is quite appalling that while some people are working hard to climb the ladder of success and greatness through hard work, some crazy criminals make up their minds to be making a living from kidnapping and murder of their fellow human beings.

These have turned themselves to beasts amidst us, thus causing pain and sending many to early graves. We plead with them to repent of this evil because they will never escape the judgement of God and that, very soon. For God’s sake, what evil did these students they kidnapped do against them?” CAN added