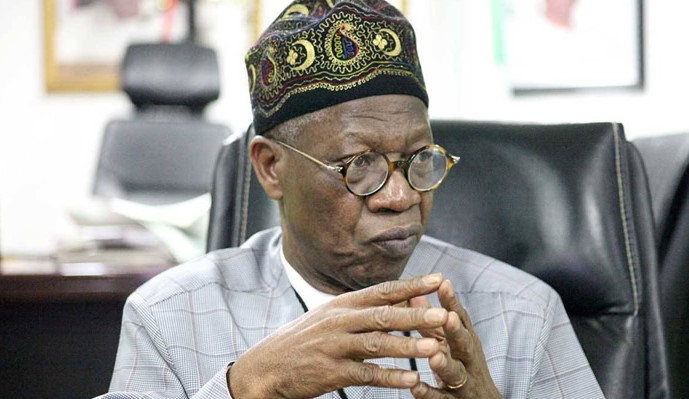 Minister of Information and Culture, Lai Mohammed has slammed the United States, United Kingdom, European Union and other countries that criticised the suspension of Twitter in Nigeria, describing them as ‘hypocritical’.

Mohammed spoke on NTA’s Good Morning Nigeria programme on Friday, saying that their views were based on economic reasons, and not because they loved Nigeria.

He said both the EU and the UK were already working on social media regulations and wondered why Nigeria was being accused of stifling free speech.

“The EU has recommended the same thing and Britain only on Wednesday spoke about a law that would regulate the social media. This is why I say they are being hypocritical. Like I said, I don’t like commenting on issues that have to do with relations with Nigeria and other countries but clearly speaking, they are being less than honest,” he said.

He asked Nigerians not to be deceived by foreign missions condemning the suspension of Twitter.

Mohammed added; “We have seen so many foreign missions come up to condemn the action of Nigeria. Nigerians, please, make a distinction between countries that are trying to protect their economic and commercial interests from those countries that genuinely love you and talking about freedom of speech and don’t forget for one minute that it is because there is a country called Nigeria that there is freedom of speech.”

On the issue of Nigerians losing money to the Twitter suspension, Mohammed downplayed the complaints, saying that the Nigerian government was not generating any money in tax from the social media platform.

He said Nigerians must note that it is only when there is peace that business can take place.