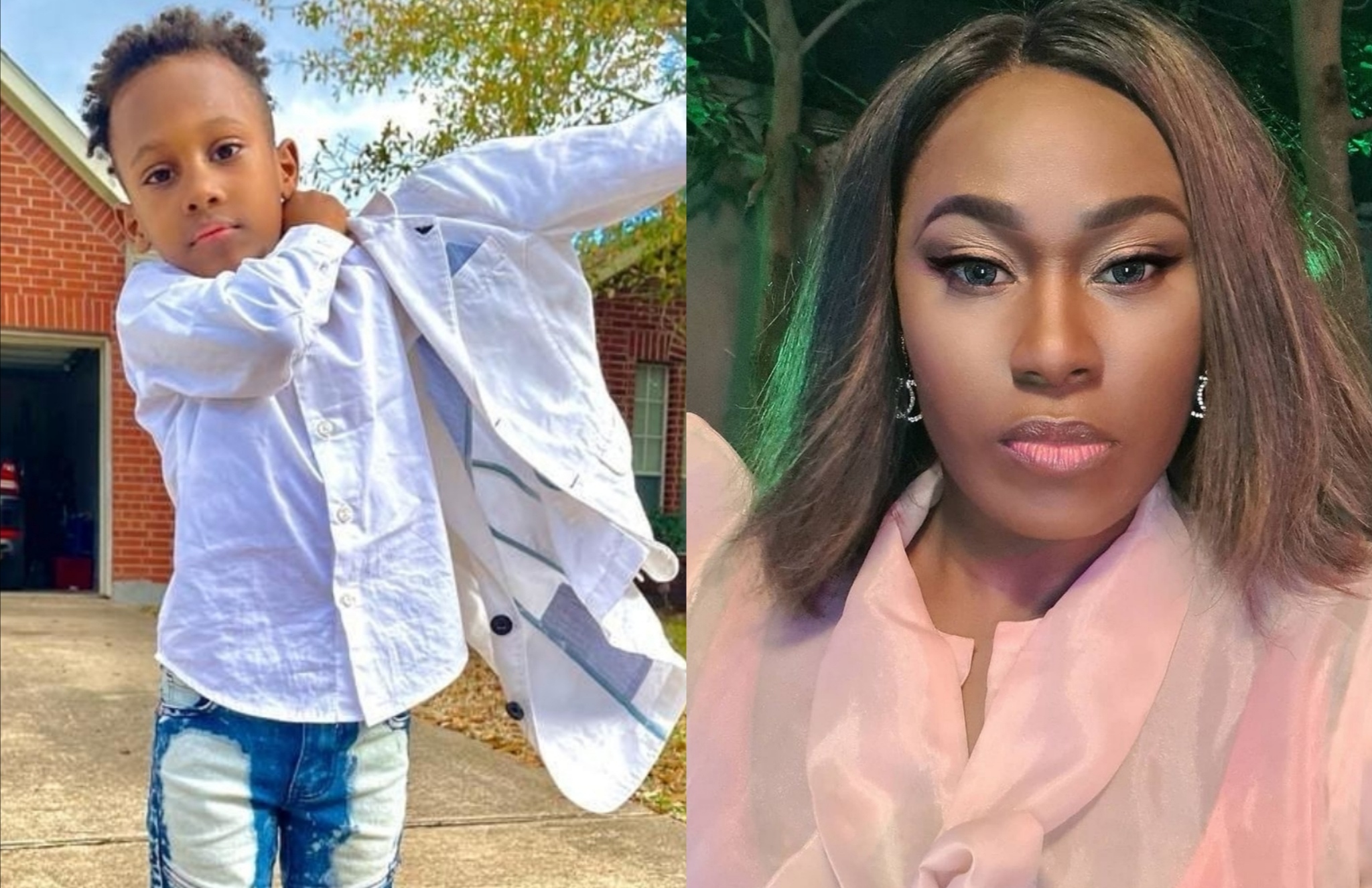 Uche Jombo and her son Matthew have an ideal connection, as seen by a recent video.

The mother and son competed in the video to see who loved the other more. The footage, which has received over 200k views on Instagram, shows Matthew assuring his mother that he loves her 2000 times more.

The actress responded by saying she loved him 20,000 times over, which sparked the competition.

Because both mother and son sought to outdo each other, Matthew won the competition. He loves his mother a billion times over, he claims.

He then inquired whether she thought she could defeat it. Uche eventually submitted and Matthew was considered the winner.

The small kid then kissed his mum on the cheeks.

Even I LOVE YOU is a competition for Matthew 😂 sometimes when you are out there hustling and working hard!!! Remind yourself the ‘WHY’ this is mine!!! @gqmrod

I love you 100 billionth times my son💋