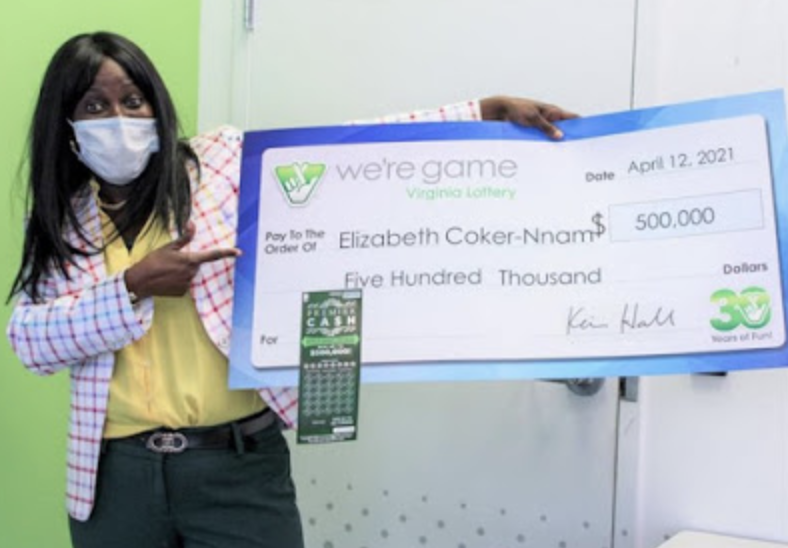 A US-based Nigerian lady identified as Elizabeth Tutu Coker-Nnam has hit a jackpot.

The lady is currently in a celebrating mood after winning the sum of N210 million jackpot from a lottery.

Per what we gathered, she got the ticket from her brother as a belated birthday gift after celebrating her birthday on March 2.

In a report by UPI, she indicated that she completely forgot about the ticket until she was on phone with her brother and decided to open it and surprisingly, the ticket had the grand prize of $500,000.

Her brother who purc hased the ticket at the B.O.B. at the Pentagon in Arlington, accompanied Coker-Nnam to collect her prize.

In other news, Nigeria has chalked another success as a Nigerian teen identified as Musa Mustapha is now the best cadet table tennis player in the world.

This comes after he got 128 points in the recently released rankings by the International Table Tennis Federation, ITTF.

According to reports, the Abuja-based boy came first after getting 128 points, and as we speak, he is now ranked 17th in the U-13 category with his brother in 18th place.

He is now the second African and first Nigerian to top the world ranking following the previous achievement of Hana Goda in 2022 where she was ranked the best U-15 female in the world.

The boy was also part of the Nigerian star team that won the 2019 ITTF Junior Circuit in Ghana and he is set to be part of the World Youth Series taking place later this year in Cote d’Ivoire and Ghana.