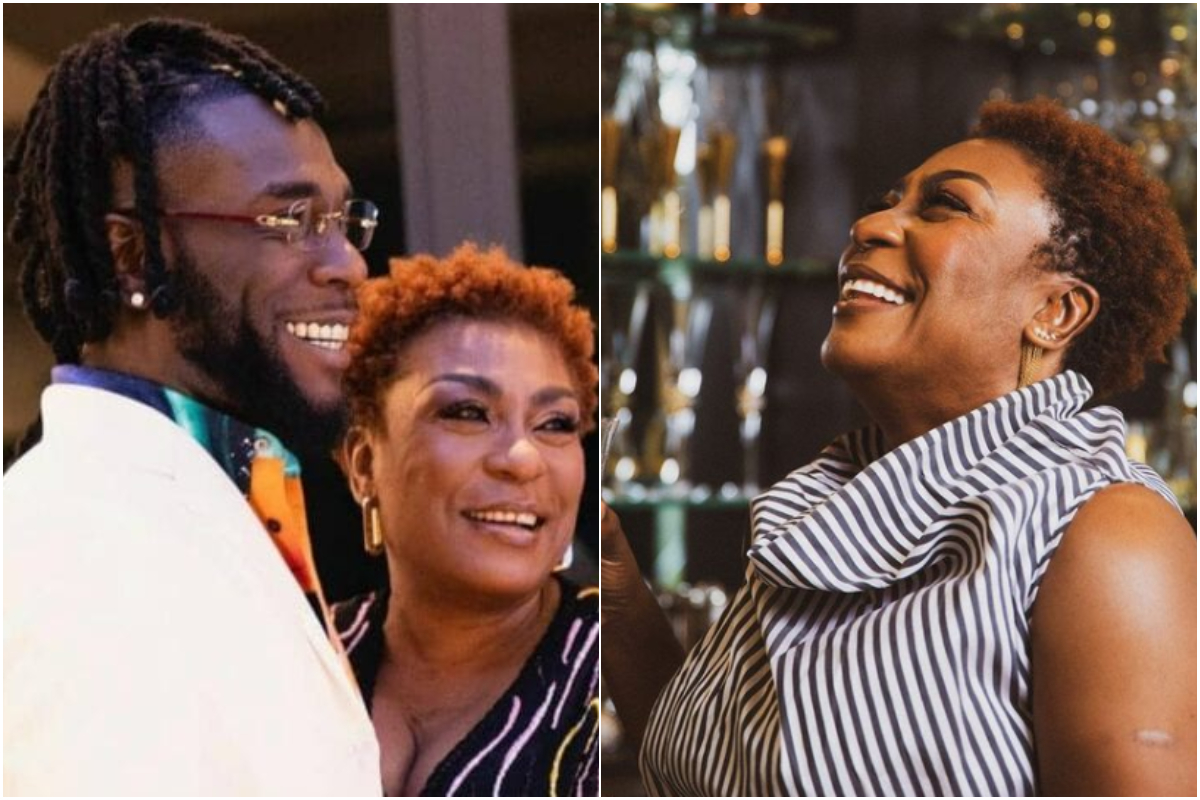 A few days ago, some social media users dragged Burna Boy into the mud and called him arrogant. Burna Boy has been tagged as arrogance. This comment from Bose Ogulu, mother of Burna Boy comes after legendary singer Angelique Kidjo urged the public to leave Burna Boy alone.

In an interview, legendary singer Angelic Kidjo stood by Burna Boy when she was asked about the “unapologetic behavior” of Burna Boy. She said Burna should be left alone. “If it was an African American that had that attitude, nobody will say anything about it. You leave my boy alone” she said.

Speaking to Ebuka Obi-Uchendu on Rubbin Minds, Mrs. Ogulu says that she is not bothered that her son is being seen as arrogant.

“I don’t mind honestly, to answer that clearly, I don’t mind”, she responded. Defending her son, she said that there are two types of arrogance. Where she explained that one type is “knowing your worth” and carrying yourself as such and if that is what her son is, then she does not see that as a problem”.