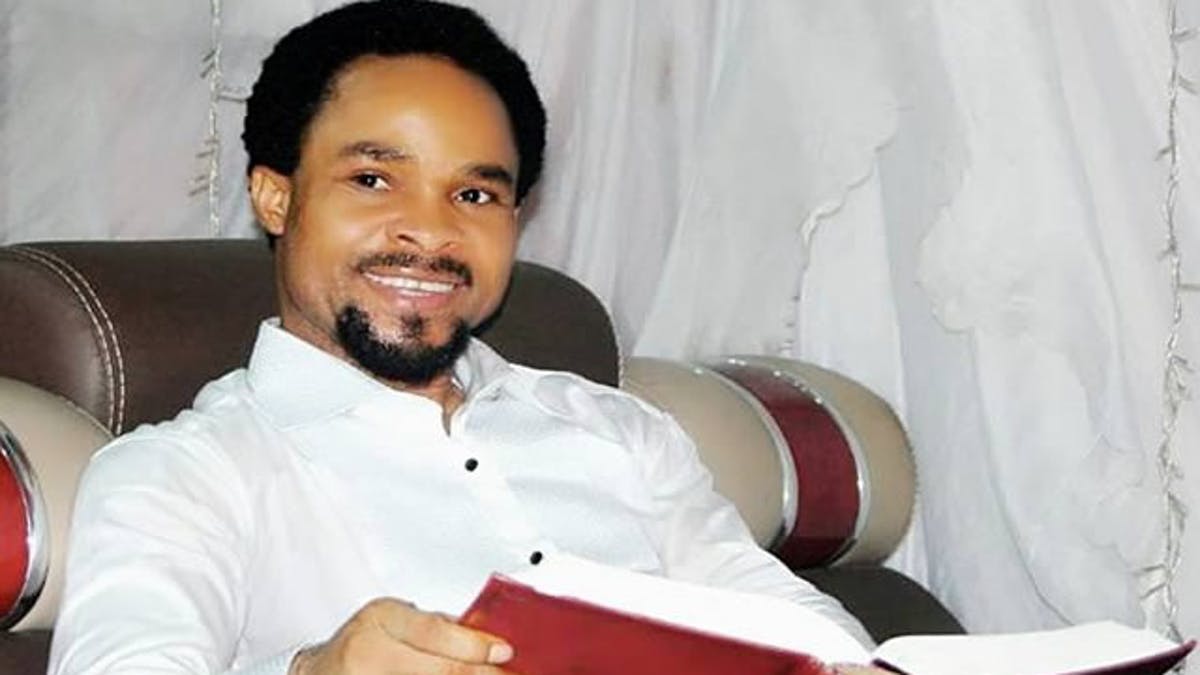 Popular Nigerian man of God, Prophet Chukwuemeka Ohanaemere popularly known as Odumeje is in the news again after a video of him delivering a Reverend sister went viral.

One of the controversial men of God in Nigeria is prophet Odumeje. A video from the church service of Prophet Odumeje has gotten a lot of people talking as his deliverance on a reverend sister has caused a stir on social media.

The general overseer of the Mountain of Holy Ghost Intervention Prophet Odumeje has been seen in a viral video “mounting” a reverend sister who was lying flat on the bare floor. Odumeje is known for his controversial healing and deliverance. The video has generated a lot of reactions on social media.

The video has been shared by a Twitter user who has expressed shock over the video of Prophet Odumeje’s deliverance on a lady. Some of his followers have also reacted to the post.

But honestly, what's wrong with Odumeje?

@Jupp: what’s with your man

@Femsy: Which kain wahala be this?

@prosper kalabar: Religion is the primary major cause of blindness and poverty in Africa

@benedict okoye; What is this for Gods sake