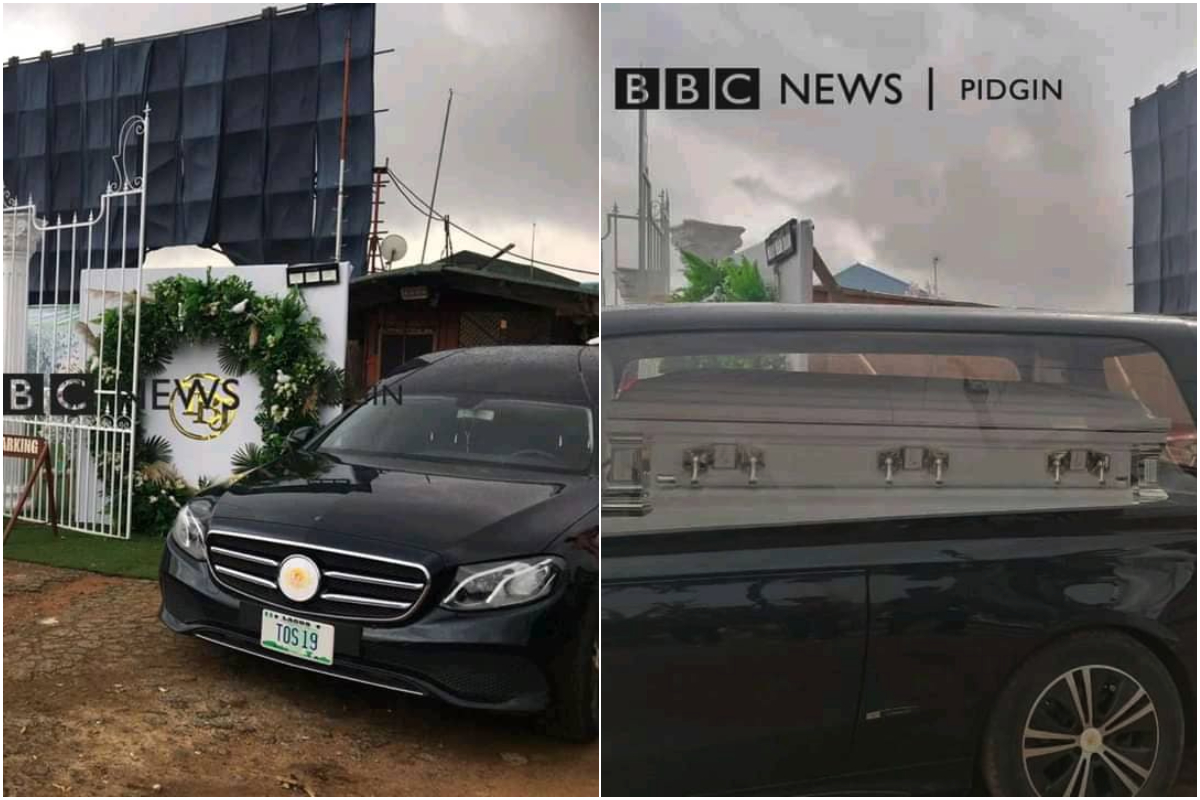 The body of the founder of Synagogue Church of All Nations (SCOAN) Prophet Temitope Balogun Joshua also known as TB Joshua has finally been laid to rest.

The man of God whose death sent chills done the spines of many in Nigeria and globally has finally been laid to rest on the Mountain of the Synagogue Church. TB Joshua passed on in June 2021 a few hours after he finished his sermon. It was reported that he died in his office.

Before the final burial day of TB Joshua, there are a lot of activities that have been ongoing in the synagogue church in honor of the late man of God, TB Joshua. One of the activists held for the man of God was a candlelight service was organized for the man of God a few days ago to honor him before his burial.

The video of the funeral of late TB Joshua has shown prominent Nigerians including politicians and celebrities at the funeral grounds to pay their last respect to the man of God.

The body of TB Joshua reportedly arrived a few hours ago at the Prayer Mountain of the Synagogue Church of all Nation. His body was seen being transported in a black hearse to the funeral grounds. A lot of people on social media have reacted and expressed sadness.