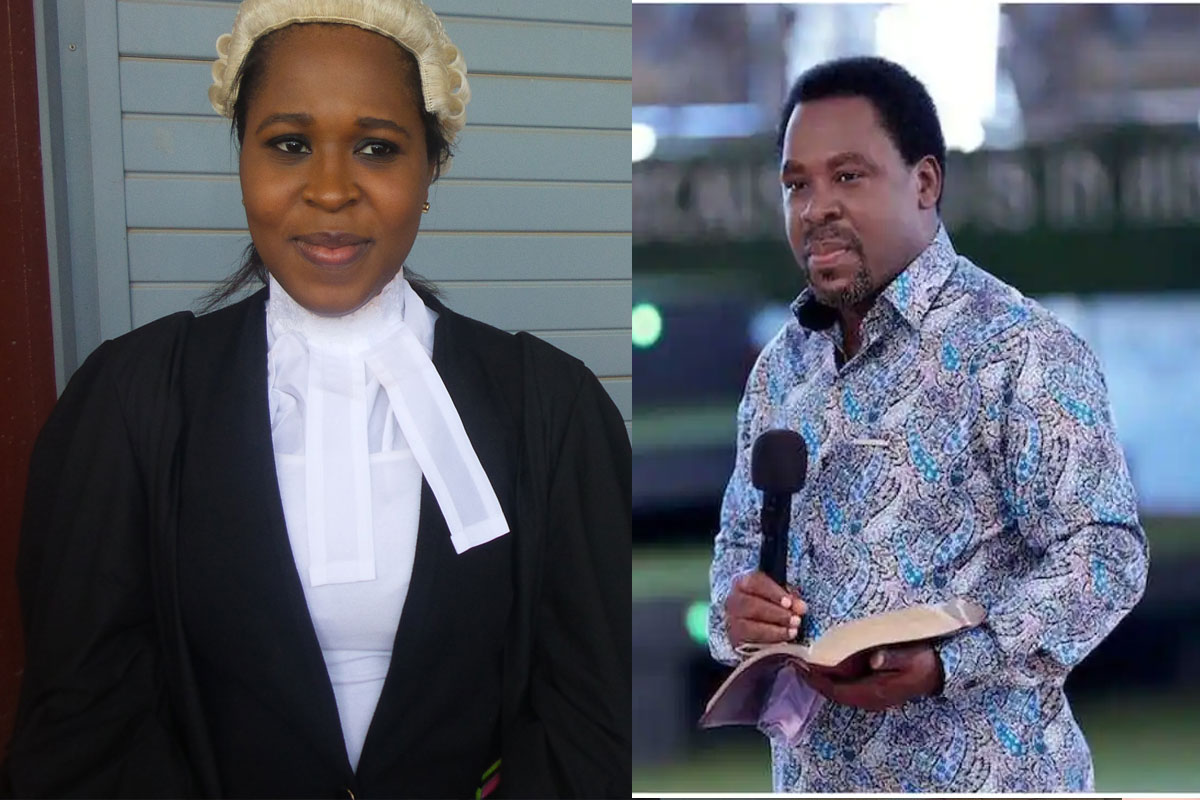 Serah Balogun, the first daughter of the late Prophet TB Joshua has paid a touching tribute to him as he was finally laid to rest today.

Prophet TB Joshua born Temitope Balogun Joshua died on June 6, after holding a church service on Saturday evening following a short illness throwing Christians around the world into a state of shock.

Speaking at the funeral of the fallen clergyman, Serah recounted how she and Prophet TB Joshua prayed for 45 minutes resulting in severe pains on her knee and she remarked that her father lived an exemplary life and was a legend.

“I am so proud of my father. Dad told me that the work of God is so beautiful to do.

“’Indeed he lived a prayerful life, I recall how one day we prayed for 45 minutes and after that my knees were aching. After that he told me that the spirit is willing but the body is weak.

“I will truly miss our conversation. If anyone lived a fulfilling and yet enigmatic life, it was you. My dad had the biggest heart that I know of. What a life you lived- such a legend and exemplary light.”

Also in Newzandar News: DJ And Hypeman FlexyNaija Poisoned To Death, Weeks After Saying He Was Being Envied [VIDEO]

Watch excerpts of his funeral ceremony below;

In an emotional tribute Evelyn Joshua paid at a service held in honor of her late husband, TB Joshua, Evelyn lamented over the fact that she won’t see the revered clergyman physically again.

She went on to eulogize Prophet TB Joshua as a loving husband and father and one who created time for his family amid his busy spiritual responsibilities.

”it’s sad, very sad that I Evelyn will not see you again physically,”

“thank you for choosing me”

“We will keep the fire burning. We will keep your hopes alive. I shall forever be proud to be your wife,” she added.