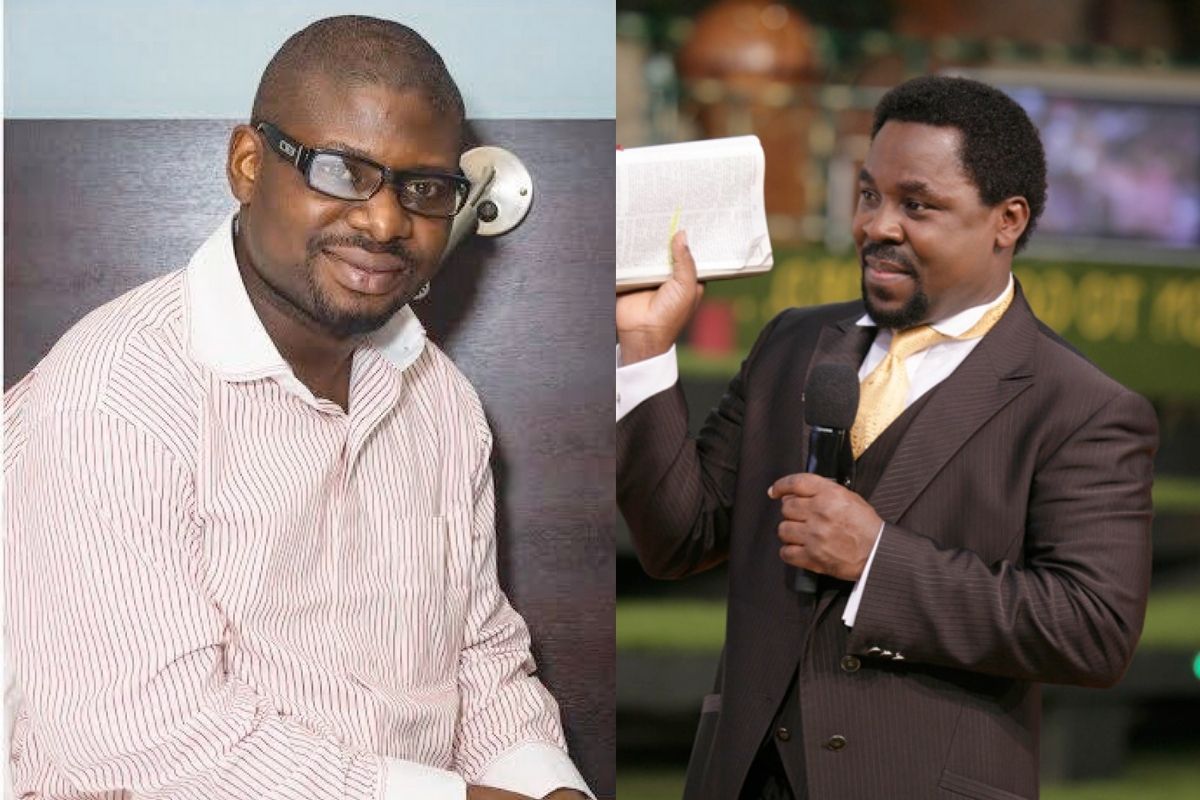 Senior Pastor of Awaiting The Second Coming Of Christ Ministry, Adewale Giwa has shared enlightenment about why some top clergymen in Nigeria hated the late T.B Joshua, the senior prophet of the Synagogue Church of All Nations, SCOAN.

TB Joshua was buried at this church on Fridau after he died on June 5, 2021. The burial event was graced by top politicians, entertainers and businessmen all over the world.

Meanwhile, some ‘top pastors’ failed to show up at the funeral service just the way the didn’t sympathize with his family when he died.

In a statement made available to Newzandar News on Saturday, Pastor Giwa revealed that these ‘top pastors’ never liked TB Joshua because he didn’t behave like them.

They despised him because he refused to participate in their caucuses or leagues. Perhaps if he had caved and done what they wanted, they would have recognized him as one of them.

”God doesn’t look at the outward appearance but looks at the heart. No matter how powerful and strong you are, death is inevitable. If God is for you, who can be against you?

”The media only cares about the so-called top men of God who didn’t send their greetings or attended the burial ceremony. Even the Jews, up till now still don’t believe in Jesus Christ.

”Also, in Nazareth where Jesus grew up, they refused to believe in his teaching because they considered him one of them, therefore without the authority to preach to them. Are you God who sees the innermost thoughts, feelings, or secrets of others?

”First, take the plank out of your own eye, and then you will see clearly to remove the speck from your brother’s eye. Whatever you have here on earth won’t go with you after death. We came with nothing and go with nothing.”