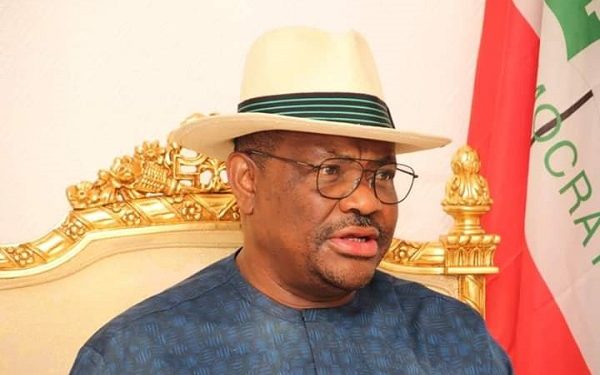 Deputy Inspector General of Police (DIG), Joseph Egbonike, has disclosed that the sum of about N114,290 000 million out of N360 million bribe for the 2016 bye-election results reportedly handed out by the Rivers State Governor, Nyesom Wike to the officials of Independent National Electoral Commission (INEC) has been recovered.

Joseph Egbonike appeared before the House of Representatives Ad-hoc Committee on assessment and status of all recovered loot, where he revealed that they have been able to recover some of the monies Wike used in the payment of bribes.

He went on to reveal that the sum of N360 million money was offered as bribe to Independent National Electoral Commission (INEC) officials during the 2016 rerun governorship election in Rivers State. The police issued a report on the saga.

Sections of the Police report read as :

“On 10th December 2016, during the National and State Assembly rerun elections in Rivers State, efforts were put to rig the said election through inducement, bribery and intimidation of electoral officials, as the sum of three hundred and sixty million naira (N360, 000,000.00) was given by governor Nyesom Wike of Rivers State, to twenty three (23) electoral officials, deployed to Rivers State from Anambra, Oyo and Plateau States, to compromise and influence the outcome of the election.

“Consequently, on receipt of the intelligence, our investigation panel under the IGP Monitoring unit was set up, following which the sum of 114 million, two hundred and and ninety thousand (114, 290, 000.00) was recovered from the 23 INEC officials and deposited into the Central Bank of Nigeria.

Details of payment and breakdown of the recovery are attached here.

“All suspects are being prosecuted before the Federal High Court, Port Harcourt, River State by the Attorney General and Minister of Justice of the Federation”.