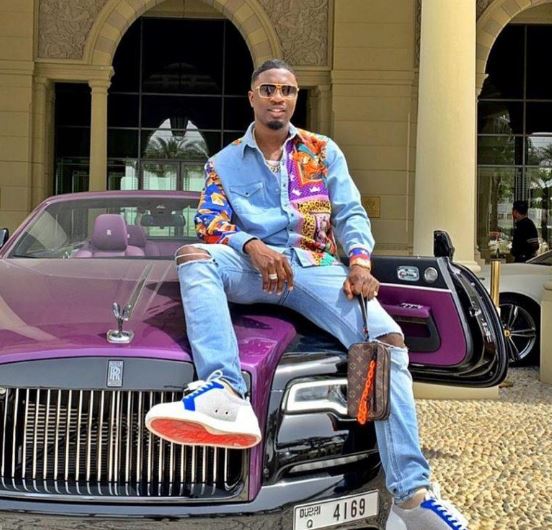 Kemi Olunloyo revealed that Woodberry was said to have flown many Nollywood actresses to Dubai and slept with them. When he was arrested, those actresses reportedly mocked him with motivational quotes so he has decided to expose the names of the actresses.

Taking to her Instagram page she captioned her post as: Next hearing for @mrwoodbery is June 30th. I will be covering it exclusive as usual. The BEC emails found on his device are still the issue even with the addition of Thomas Durkin another prominent criminal lawyer in addition to Michael Nash. He should not continue playing this greed game and do the plea deal. Take 10 yrs instead of 30 years like Obiwanne Okeke did. Confess and get it over with. It’s a lesson in life. After 10 yrs he will be deported back to Nigeria. His mom lives in Lekki in an elaborate mansion and has been thru a lot. Some of the Yahoos found in his phone links him to South Africa and the Alibaba Yahoo. Woodberry was said to have had lots of sex with some Nollywood actresses in exchange for cash. He would fly them to Dubai for sex. When he was arrested, those actresses reportedly mocked him with motivational quotes. The friend told me he will post receipts soon. Na WA O! I’m just interested in the $15.2M in Bitcoin that the @fbi says they allegedly tricked him into just like he tricked people into BEC EMAILS. Everyday for the thief, one day for the owner.