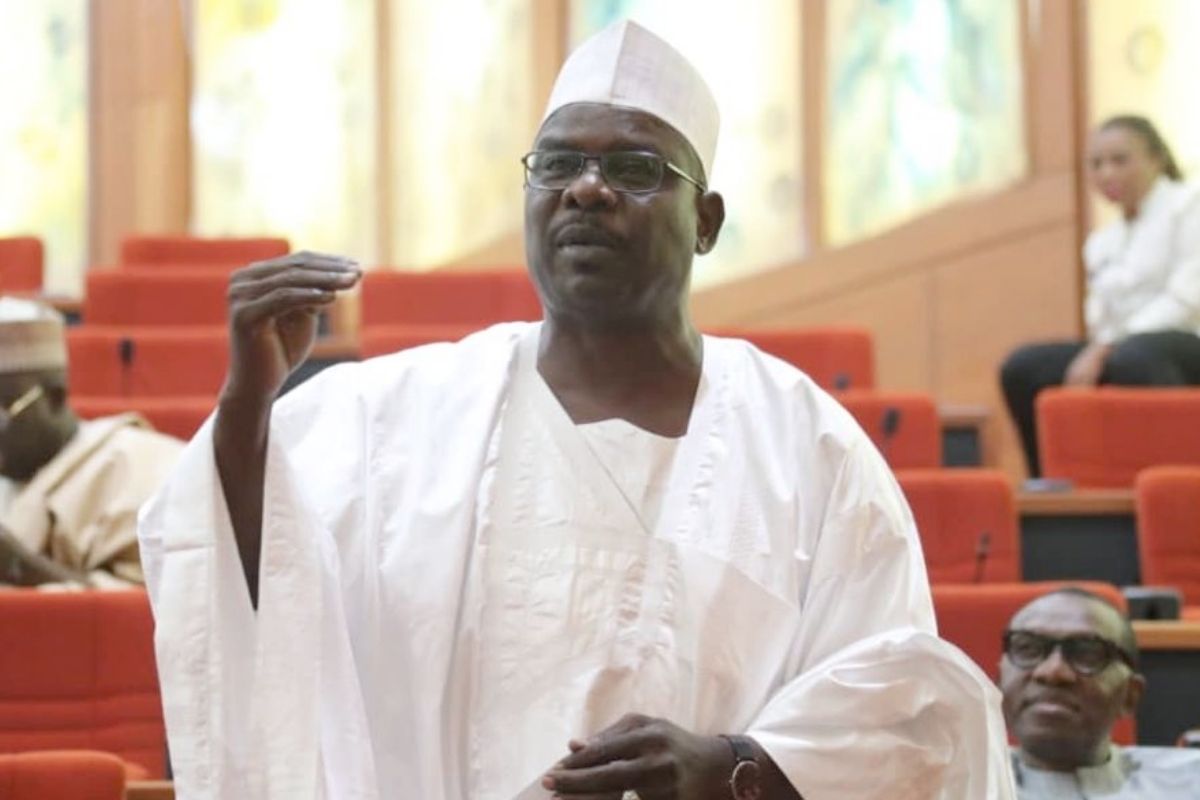 Following the insecurity the country continues to face, Ali Ndume, the Chairman of the Senate Committee on Army has stated criminality cannot be wiped out completely in every society.

He also added that he feels safe when visiting Maiduguri than Abuja and he has given his reasons.

The capital of Borno, Maiduguri has over the past years suffered several attacks from the Boko Haram sect, bandits, kidnappers and others.

Many people have died and properties worth millions have been destroyed in these attacks. However, the Chairman of the Senate Committee on Army thinks the insurgents are not longer in Maiduguri but rather attacking soft places in Borno.

“I live in Abuja and also live in Maiduguri,” Ndume said.

“Once I come to Maiduguri, I feel safer than in Abuja because somebody can knock down your door with a gun. In Maiduguri, we don’t hear of that.

“It is outside Maiduguri where the insurgents are marauding around and attacking intermittently. And that is normal with insurgents, that is why they are called insurgents, they do hit and run on soft targets.”

He added, “In every society, you can’t wipe out criminality completely. In America, there is a school shooting. Our own is that we have known terrorists and the army is fighting them.”