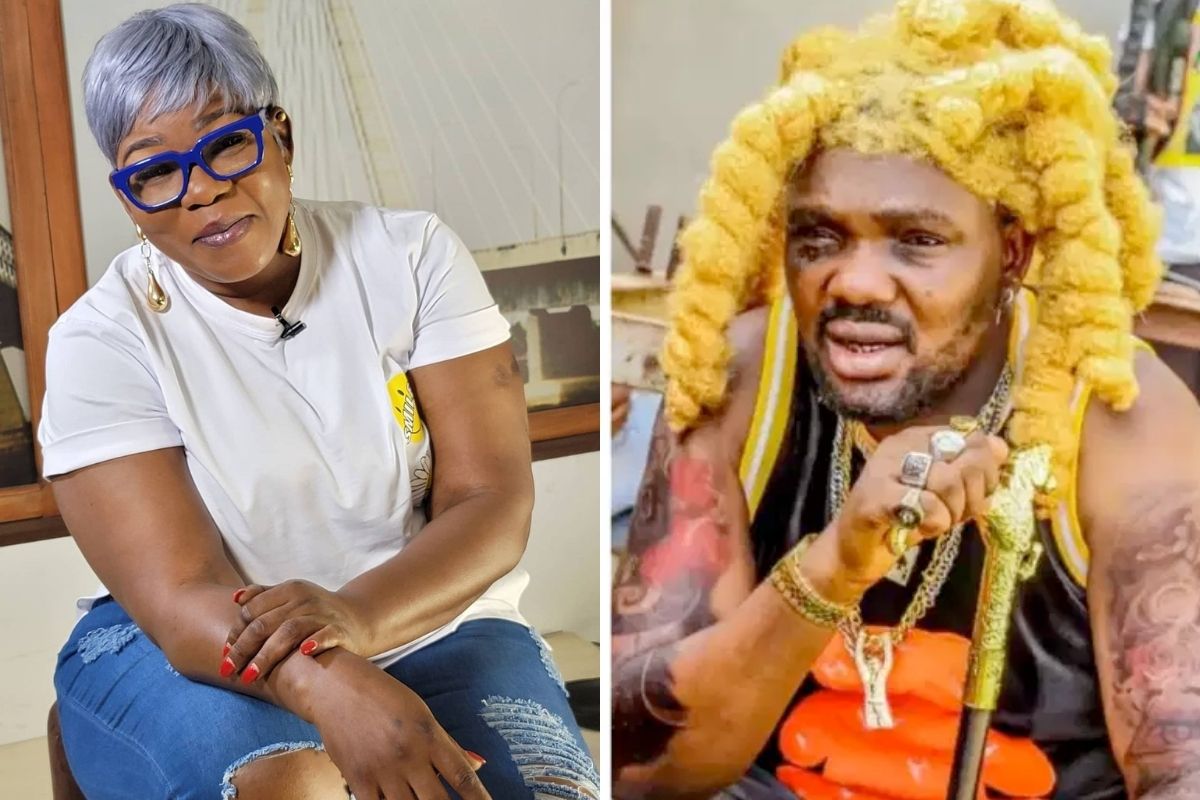 According to netizens who have watched some footage of the yet-to-be-released video, the actors used the real names of those involved in the rape issue. Meanwhile, the new movie has spark outrage on social and also generated heavy backlashes from many Nigerians who descended on Yomi Fabiyi for laughing off a serious issue at hand.

In reaction, Adah Ameh described Yomi Fabiyi as an egocentric and wicked man who will reap same wickedness she claims he sows.

According to her, it is a big shame that the actor is doing the wrong things because of money and cheap fame. She went ahead to pray that may the children of Yomi Fabiyi and the actors in the movie not be victims of sexual molestation.

It is a Shame, don’t because of money, cheap fame do the wrong things!!!
all the actor’s on that movie should may your children not be victims
you all failed before you started
@realyomifabiyi you will meet your Waterloo

The man na goat, them go soon gather am beat since he no wan get sense🤦🏻‍♂️🤦🏻‍♂️🤦🏻‍♂️

Bless you my sis. You are an angel God bless you

Heard that YouTube has taken it down. God bless you for using your page for what is proper.