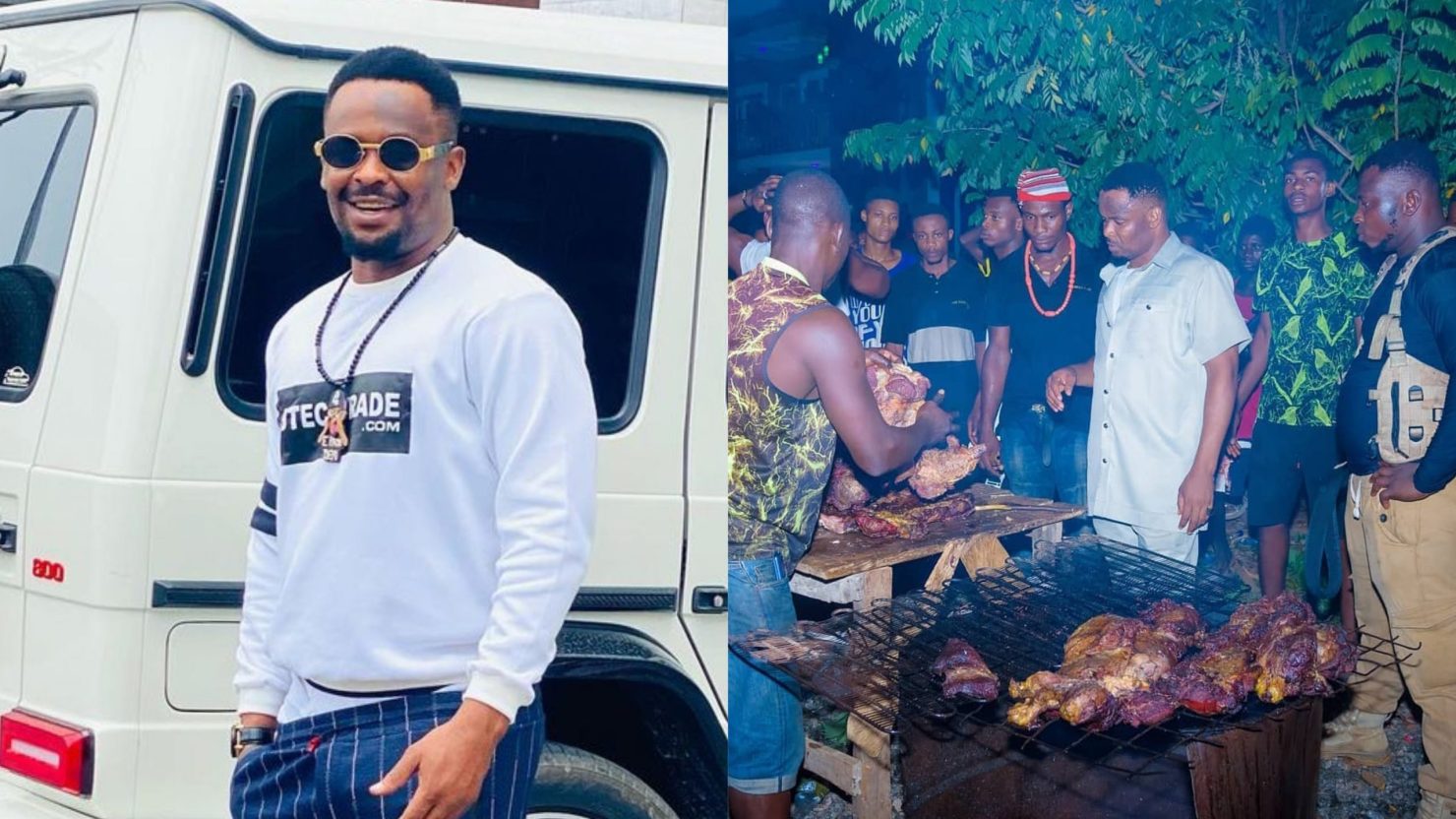 Zubby as we have come to know him is the type who is loud on social media as he’s mostly caught on camera flaunting wads of cash to demonstrate how powerful he is. This is Suya joint in his house is one of the ways to remind us how he literally has everything under his feet.

Just recently, Zubby Michael and Davido pumped effervescence into the social media space after they were spotted exchanging greetings in an unconventional way that has set tongues wagging.

In the video clip shared by Zubby Michael via his Instagram page, the Nollywood star is seen exchanging greetings with the Afrobeat specialist in a manner reminiscent of the cult movies we watch from Nollywood.

They both raised up their right hand with their fists clenched, as they touched arms with each other in a crossed form, unlike the usual handshake.

A fan who easily interpreted the brief interaction between the two famous Nigerian celebs, said it’s a way of greeting between occultic members while expressing concern that it should not be promoted on social media to influence the youth.

Well, in this fresh development, the actor took to Instagram handle to share a picture of his Suya spot in his new mansion in Lagos and it has attracted several reactions from his fans and colleagues.