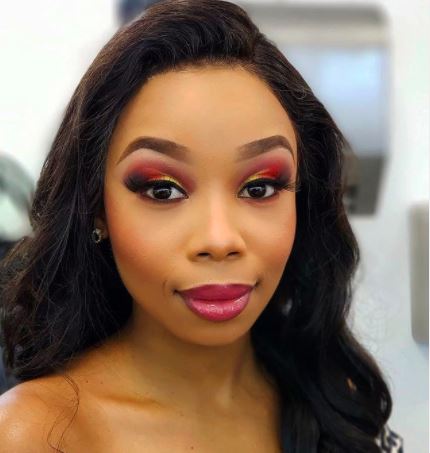 Fast-rising South African actress Candice Mod iselle has taken to her Instagram account to address issues faced by people in the entertainment industry, especially in the film and TV side of the industry.

In an Instagram live video, the Jiva actress pleaded with audience to be a little kinder to actors because they go through a lot.

She said the video was meant to address some of the pressing matters in the film industry that she felt needed to be spoken about.

“I want to speak about how actors go broke, things like that. How do actors not get the support they deserve? How do storytellers and writers go broke?” she said as she started her video.

Candice said the conversation she had was triggered by what she had seen on Twitter. She said she was unsettled after the saw comments by people a tweeted by her Jiva! co-star, Sne Mbatha.

“She posted a video from our show, excited, within all and every reason. But what had drawn me in is not the initial tweet she posted. I came across the quoted tweet which had brought in a lot of engagement. And then I read the rest of the quoted tweets and I was in awe,” said Candice.

“I was just shocked at the level of disrespect that people have for artists in South Africa and for a young artist who is celebrating a breakthrough for herself. How people are able to take someone’s breakthrough moment and ridicule it all in the name of criticising South African work.”

“We, as South African audiences, don’t know how to engage – criticism versus hate. If only you knew the lengths, breaths and depths of insecurity and the general fights that artists go through to just breakthrough, get cast, get a job, be booked and be working,” said Candice.