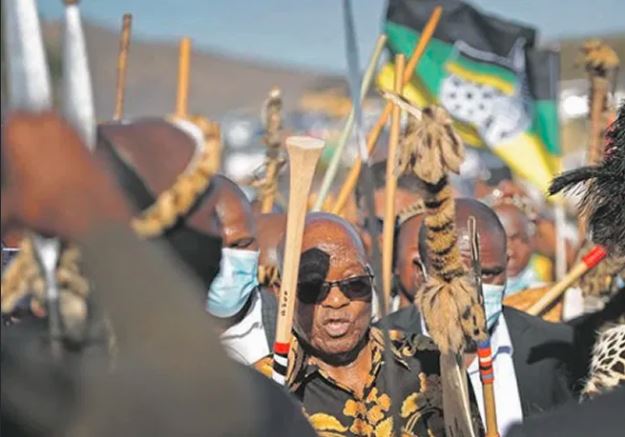 AmaZulu prime minister, Prince Mangosuthu Buthelezi, says as much as he feels sorry for Jacob Zuma, the former president is not the first leader to be sent to prison.

The traditional minister said this when he was briefing the media on Monday after thousands of people gathered at Nkandla in KwaZulu-Natal over the weekend in a show of support to the former president.

This follows Zuma’s sentencing to 15 months in prison for contempt of court by the Constitutional Court last week.

In his briefing, the prime minister also said what was unfolding in front of South Africans’ eyes had “the potential to do much greater harm”.

“I realise that by calling this press conference to speak about what is happening in Nkandla, I am rushing in where angels fear to tread.

“Political leaders have wisely been circumspect in speaking on the ConCourt judgment against former president Zuma, knowing that this has the potential to divide the country.

“But what is happening in Nkandla right now has the potential to do much greater harm. As someone who has served my country for more than sixty years, I dare not keep silent. I love my country too much to see its future destroyed.

“I therefore speak today not as a politician or even as traditional prime minister to the Zulu monarch and nation, but as one of the few remaining elders in our country,” Buthelezi said.