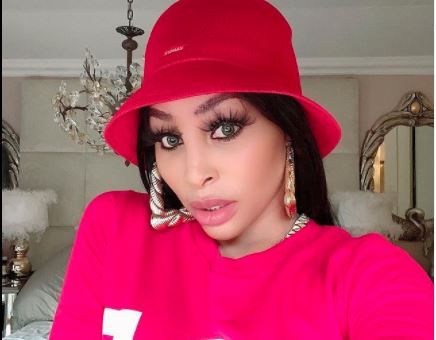 Taking to her Instagram account Khanyi warned those who want to lighten their skin that as much as they’ll look beautiful, it is also a health hazard.

The stunning actress described skin lightening as an extreme sport, a complete lifestyle change, very expensive, a risk to one’s health and a lifetime of experimenting.

According to OkMzansi, a simple skin lightening session costs about R2000 and the products that are needed to maintain the bleaching of the skin are also expensive.

In other news, actress Sophie Ndaba has all but confirmed rumours that she and her husband Max Lichaba are parting ways after reverting back to her maiden name.

At her latest gig at a local radio station, Sophie asked to be addressed by her maiden name. The couple had their own problems just like any other couples but things seems to have taken a worse turn when Sophie caught her husband cheating while he was staying in the Northern Cape.