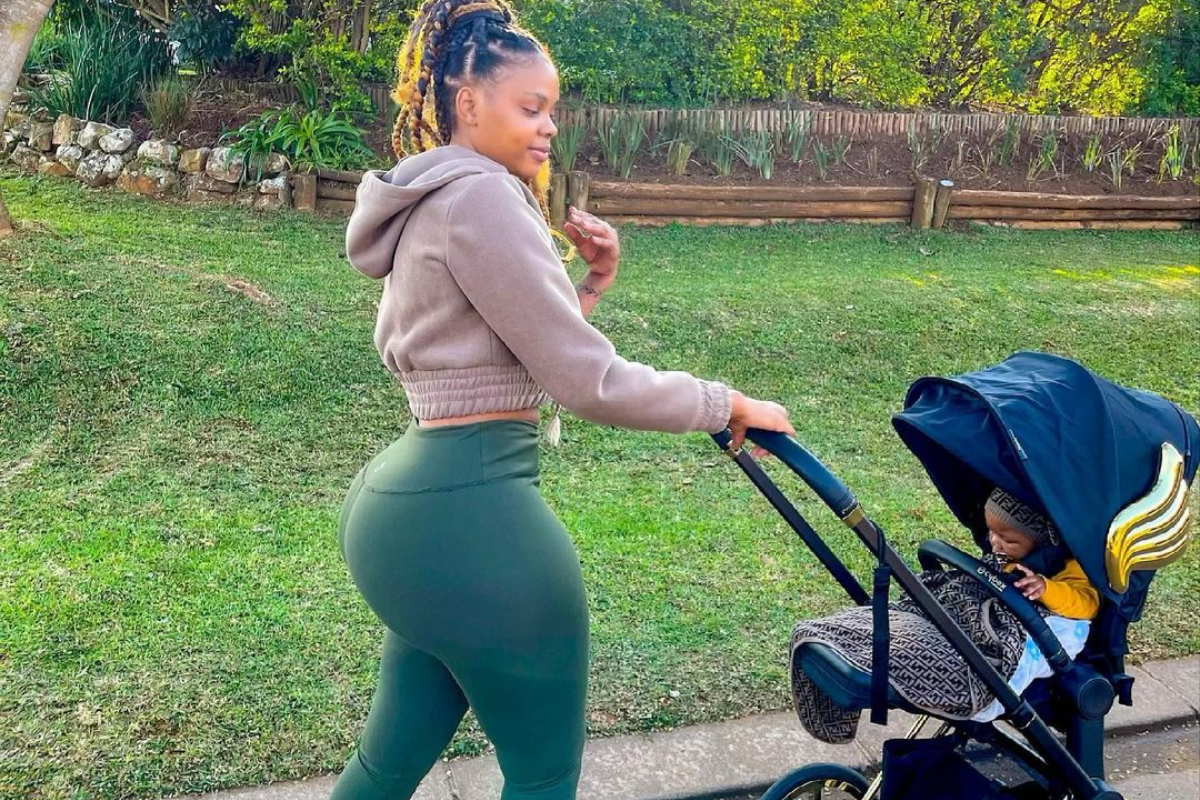 However, what caught the attention of her followers was her banging post-partum body. Londie is always known to have a body structure many will only dream of but no one expected it to be this intact now that she has given birth.

The star wore a green tight that was showing all her stunning curves and more.

Captioning her post she wrote: “Took my baby boy @umi_nkosi for a walk today ☺️🥺😅”

Meanwhile in other news, controversial entertainment fanatic and record label owner Nota Baloyi has finally reacted to AKA’s lawsuit by saying he is not afraid of the rapper’s lawyers and will not retract his statement.

The music executive has hit back at AKA and told him he will not retract his statement regarding his tumultuous relationship with his late fiancee Anele Tembe.

Yesterday we reported that AKA has served Nota with a cease and desist letter according to sources.

Many were expecting Nota to react to the lawsuit and he has finally done that on his Instagram account telling AKA is not scared of his lawyers and will be waiting for them in court if they really mean business.

Taking to Instagram Live, Nota said, “When I was watching the Thembekile talk show, I had a moral dilemma. You guys should all know how much I love and care for Kiernan, AKA. Everybody’s always like no Nota you’re always on Kiernan’s side he did this, he did this. I support him, I’ve supported him for a long time. Me supporting him does not mean that I don’t want what’s best for him. I want him to prosper in life. I don’t agree with some of the ways he’s been going about things. I don’t. I don’t agree with it, and it’s in the public right now.“

He went on to tell AKA that he is a public figure, so people are subjected to develop an opinion about him.

According to AKA’s attorneys, Nota has made certain defamatory comments about the rapper as he accused him of abusing drugs which then lead to his abusive nature towards Nellie Tembe.

“The man needs fixing because he is in denial about a lot of things but I would have preferred him to own his bullying of his wife, his substance abuse and his rushing into a relationship soon after his previous break ups. I am praying for him to find God and rely only on him!” Nota’s tweet reads.

Nota has since deleted the tweet but AKA’s attorneys still have evidents against him.

“The aforementioned allegations are false and defamatory in nature…mean, alternatively imply alternatively contain various innuendos,” part of the letter reads.

“The aim and purpose of these statements and allegations is to slander, humiliate defame and tarnish the good name and reputation of our client. You were opportunistic and displayed true parasitic behaviour by stirring controversy and using our clients personal tragedy against him for your own personal and selfish gains,” the letter continues.

According to the lawsuit Nota is expected to retract his statement in order to avoid paying a fine of R500k but the controversial record label owner has refused.