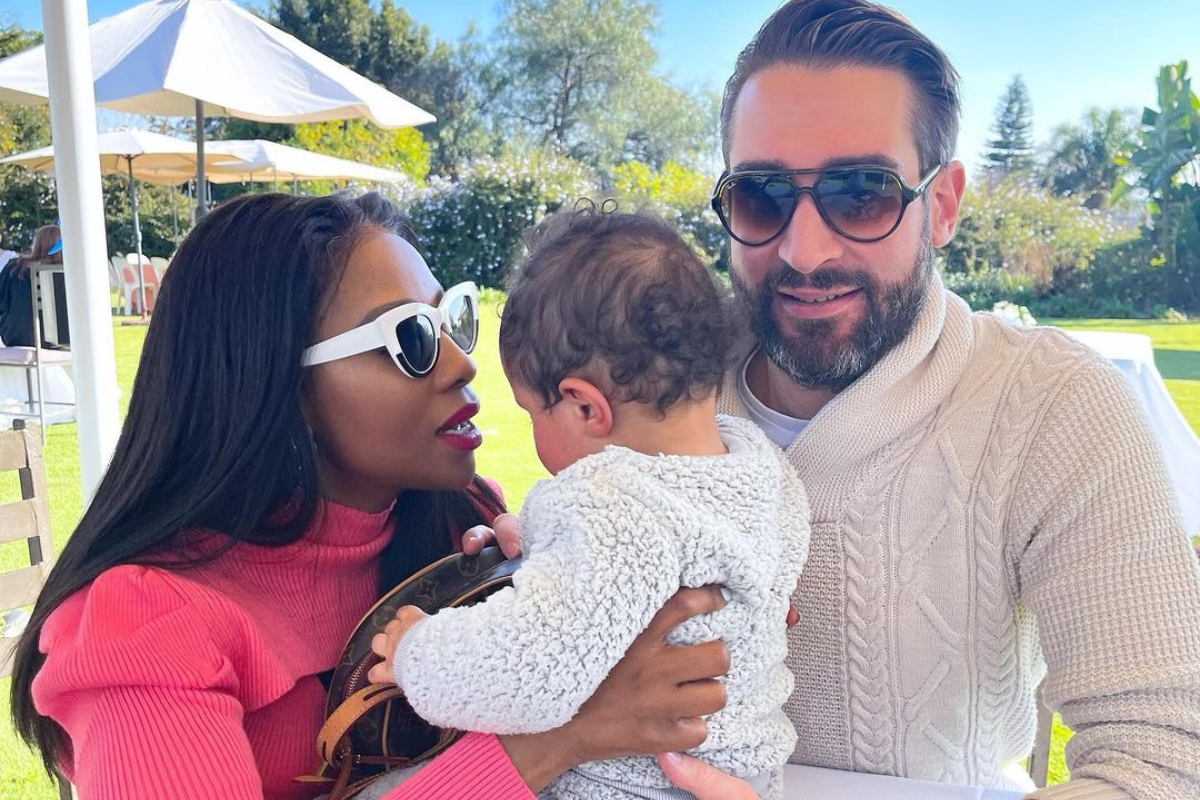 TV and radio personality Pearl Modiadie has taken to her Instagram account to celebrate her baby daddy as he turns a year older despite their seperation.

It looks like there is no bad blood between Pearl and her baby daddy; besides, they recently welcomed their cute little boy despite their separation, so there won’t be a need for that if they are to co-parent effectively.

Pearl knows that and so decided to warm the hearts of her fans with a cute photo of of herself, son and her baby daddy as they celebrate another milestone in his life.

“Out celebrating a special day today! Happy Birthday baby daddy 🥂✨Here’s to many more special moments and the greatest parenting journey for us as we raise the most amazing boy in the world!” she said.

Meanwhile Pearl Modiadie has recently opened up about the s.e.xual harassment she faced at the hands of her boss at her previous radio job.

The mother of one spent five years with Metro FM and left this year after her contract expired. She was the host of the Lunchtime show with Thomas Msengana.

Sources told Sunday World that Pearl was a victim of sexual harassment at the hands of her manager, and she had lodged a complaint to her then station manager, who allegedly threw the matter under the table.

According to Sunday World, they have e-mail exchanges between the radio personality and the station’s marketing team, which expose inappropriate remarks made by her manager at the time.

The publication also reveals that she was a victim of sexual harassment more than once. In one of the exchanges via email between event organisers and a representative from Metro FM’s marketing team wrote, her manager is seen making an unpleasant comment about Pearl’s booking, wanting to “book” her too.

“When do you need Pearl on stage and for how long?” – a marketing team representative wrote, enquiring about the amount of time allocated to the presenter for an event she was booked.

Pearl joined a exodus of well known presenters including Lootlove, Thomas Msengana among others who left the radio station this year.