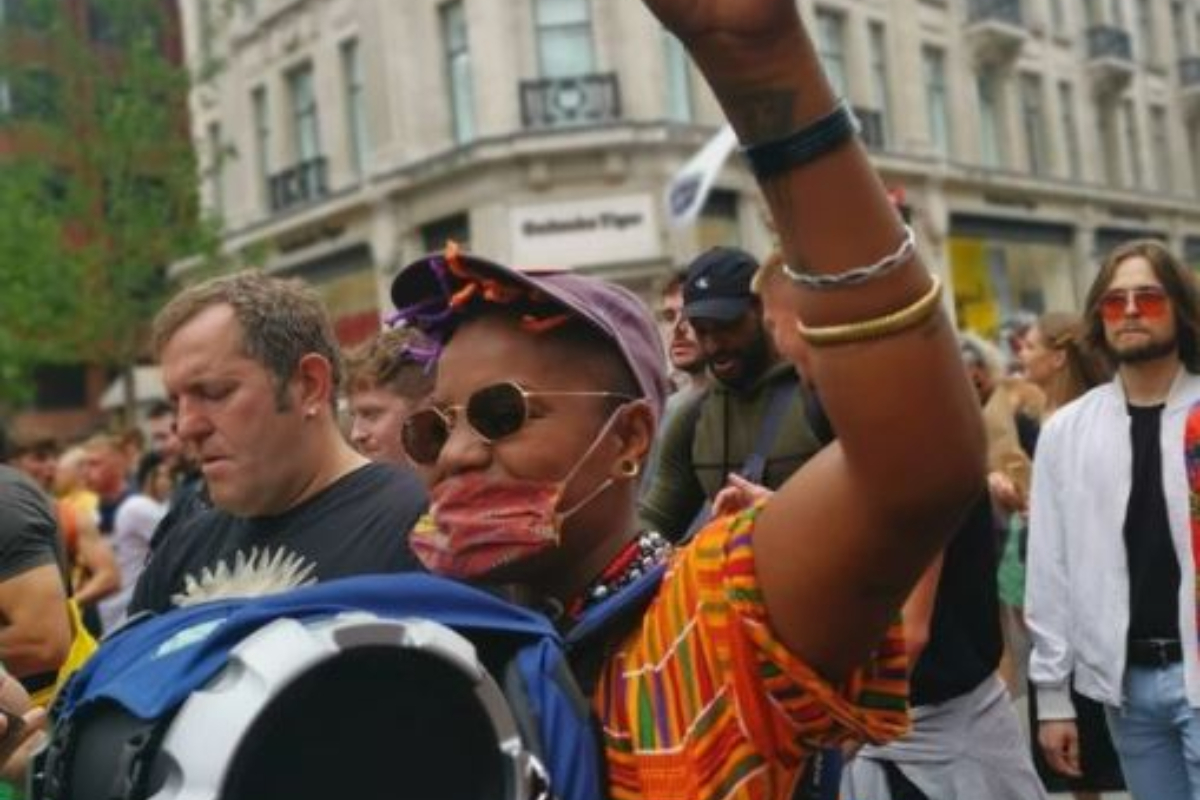 South African singer and producer, LaTonya Nontokozo Buthelezi popularly known as Toya DeLazy has come under a barrage of criticisms online after she declared her support for Mandla Lamba and his alleged white girlfriend.

In a video making rounds on Twitter, Mandla Lamba was spotted getting cozy with a woman as he asked her how she wants to be loved.

On sighting the video, Toya reacted and wrote: “I love the energy here it’s so beautiful”

Mandla’s girlfriend replies, “Demand to be loved that way that I deserve”

The comment of Toya did not go down well with Netizens as they descended on her. See reactions:

@blackbrotha_rsa wrote, “You don’t fall when you were never hot.”

@BandileM_ wrote, “If you gonna be mean, the least you can do is state facts. Toya is not down and out, she’s doing very well for herself in London. Her tweet stinks but never discredit her work”

@LollymacMaklima wrote, “I don’t know what energy Toya saw here this man’s tone is just off and the woman looks scared.”

@GailAllan15 wrote, “Honey have you lost the plot. If you think this is a healthy relationship, you have got it all wrong. Watch it again and look for certain signs of controlling behaviour.”

Toya replied and wrote, “I didn’t deep it sis…I thought it was reassuring. If she’s not safe kubi ke lokho but from first glance, it seemed like he was empowering his lover”