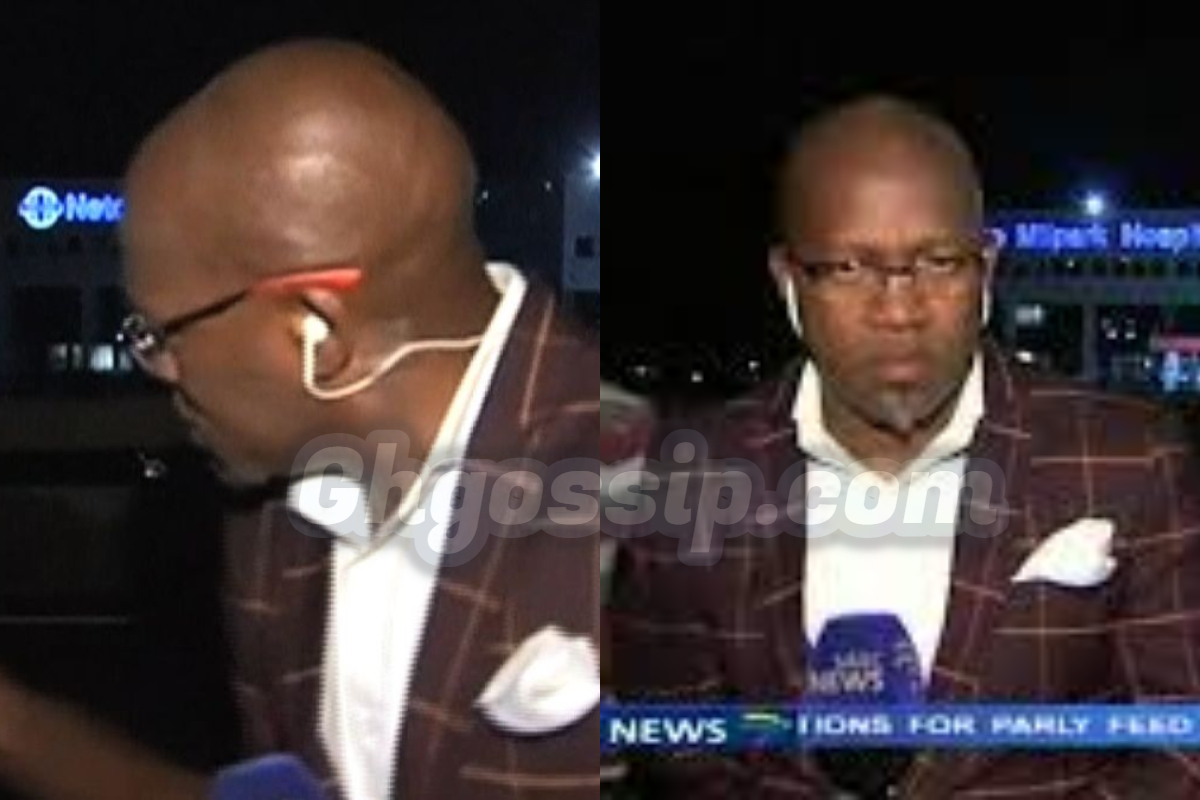 Also in Newzandar News: “There Is A Difference Between Being Outspoken And Arrogant”-Kuami Eugene Tells Critics [Video]

The reporter was reporting on the arrival of Zambian President Edgar Lungu at Milpark Hospital when two men robbed the crew’s mobile phones and laptop,

In the video, the reporter could be seen facing the camera while preparing to report a news piece when he was approached by two guys from behind.

The guys asked him to bring his phone as they threatened to end his life with a gun. Without hesitation, the reporter handed over his phone to the robbers.

Speaking on his ordeal in an interview, Vuyo Mvoko said that he was on the phone with his Executive Producer and just after that, he was approached by the thieves.

According to him, he refused to give out his phone when the first guy approached but when another one came wielding a gun, he had no other option than to do as they’ve requested.

He said that he was shocked by the actions of the thieves since they were aware that they were shooting live.