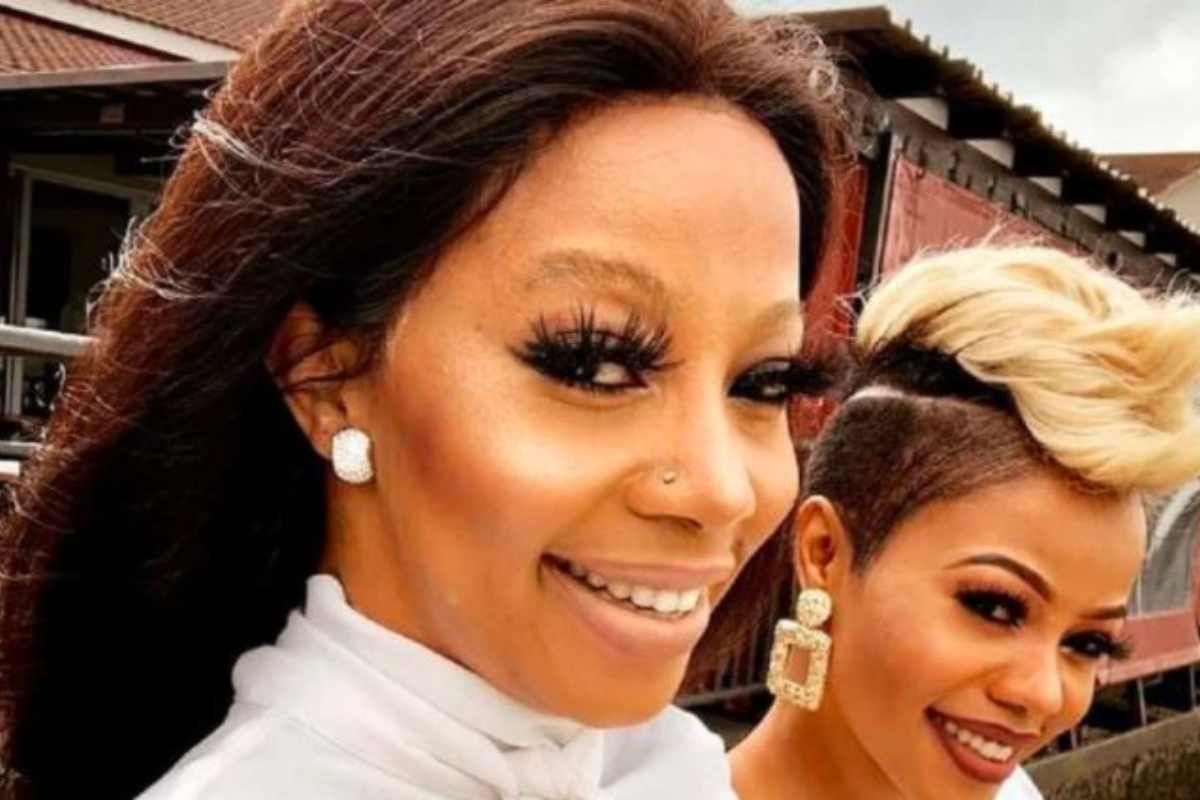 SA musician Kelly Khumalo’s bad blood with her sister Zandile seems to have gotten far worse than we expected after the star insisted in a recent sit down that her sister never existed in her eyes and never will.

Speaking to TrueLove magazine, Kelly Khumalo reveals that she has completely wiped out Zandile from her past, present and future. She told the publication that she des not exist anymore and refused to speak any further about it.

“I’ve moved on from that part of my life. It no longer exists and never will,” she said.

Kelly revealed her full focus is now tuned on becoming the best single mother there could ever be and her music career.

“The challenge for me is not being able to spend enough time with my kids. Every time I pack my bags, they ask if I’m going again. This kills me, but I have to work. A girl’s got to do what a girl’s got to do,” she told the magazine.

If you are wondering how their relationship got this worse then let’s take you back. It all began when Zandie was about to divorce her husband Mhlonishwa Gumede.

According to Zaleb, she said Kelly is toxic and needs help.

“If I was divorcing my husband maybe it would have been a little bit easier and lighter but I am separating from a person I have known for all my life and have shared laughs, pain, excitement and disappointment with all my life with, my sister,” Zandie’s letter reads.

Zandie then lists a number of things which make her want to divorce Kelly these include,

-Zandie’s payment for being featured in Kelly”s upcoming reality show
-She would send money to Kelly and her kids “when there was a problem”
-Kelly apparently exploited Zandie as a back-up dancer and “lackie”
– Zandie going to jail, being questioned by the police and having to take a lie detector test because of Kelly
– Drugs
– Abuse she apparently suffered from Kelly
-Her supporting Kelly without the favour being returned.

At the end of the list, she says “If I started telling you other issues your jaws will drop.”

The letter has since been deleted from social media but when Kelly was asked of her take of Zandie’s letter she said:  “What my sister had to say about me after I issued a statement about her husband using my name to embezzle money from promoters. It is all well, I accept defeat, She wins in fact they both win. I wish them nothing but the best. This hurts more than I thought it would, but it is well.”