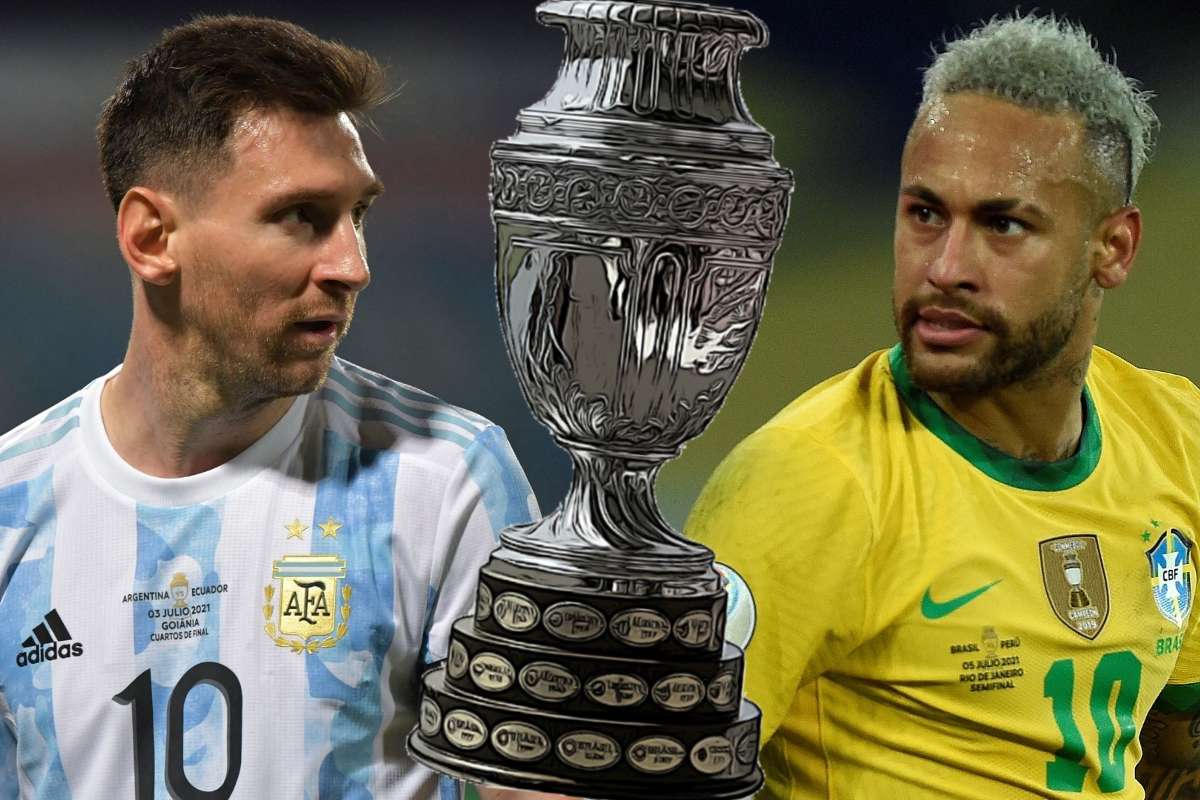 Argentina will play Brazil in the Copa America final on Sunday, July 11.

Argentina had defeated Colombia in the semi-final on penalties, while Brazil beat Peru 1-0.

Both teams have faced each other 111 times in the past. Argentina have won 46 matches, while Brazil have won 40 matches and the remaining 25 matches ended in a draw.

The last time both sides came face-to-face was in a Superclasico de las Americas fixture in November 2019. Argentina had won the encounter courtesy of a Lionel Messi strike.

Brazil are the current holders of Copa America, having won the title on home soil in 2019.

Their key player, Neymar, sat out that tournament through injury, meaning that the Paris Saint-Germain forward is still looking for a first winners’ medal with Brazil.

The match kicks off at 1 am Nigerian time, at the Maracana Stadium.

The match will be aired on FS1, TUDN and fuboTV.