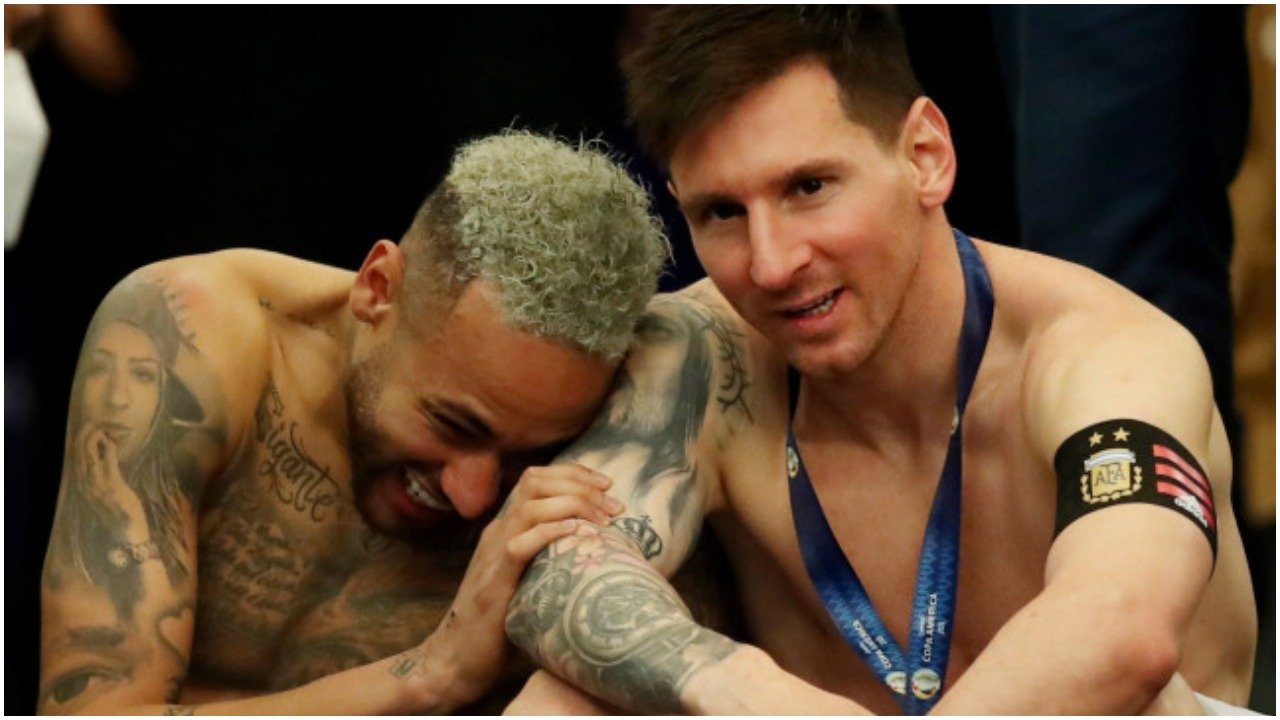 Brazil forward, Neymar, has revealed that he told Argentina captain, Lionel Messi, ‘son of a bitch, you beat me’ following his country’s Copa America final 1-0 defeat to La Albiceleste on Sunday morning.

Neymar, a former club teammate with Messi during his time at Barcelona, said this while breaking his silence on Brazil’s defeat to Argentina at the Maracana Stadium.

“Yesterday, when I lost, I went to give a hug to the biggest and best in history that I saw playing.

“My friend and brother MESSI, I was sad and I told him, ‘son of a bitch, you beat me’.

“I’m very sad for having lost. But this guy is awesome!

“I’ve great respect for what he has done for football and especially for me.

“I HATE TO LOSE!!!! But enjoy your title, football was waiting for you for that moment!
“CONGRATULATIONS BROTHER.”