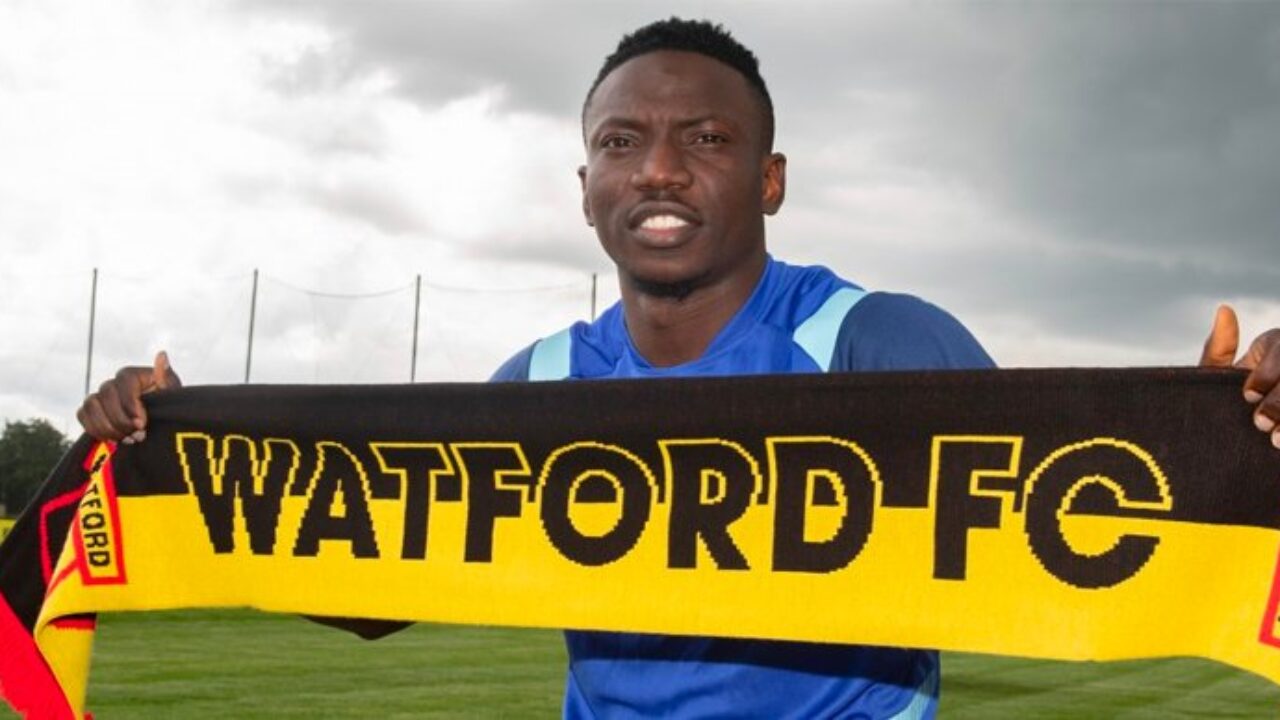 Watford have signed Oghenekaro Etebo from Stoke City on a season-long loan.

This follows the arrival of Emmanuel Dennis from Club Brugge on a permanent deal.

Etebo’s move to Watford is his third loan move away from Stoke City.

The Super Eagles star spent the last one and a half seasons with Getafe and Galatasaray.

He has been at Stoke since 2018 and he played 45 matches in the Championship with two goals to his name.

“Watford FC is pleased to confirm the signing of Peter Etebo on a season-long loan from Stoke City, with an option to buy.

“The box-to-box midfielder, 25, is capped 38 times by Nigeria’s senior team, having previously turned out 19 times for the Super Eagles’ Under-23s.

“Since joining the Potters in June 2018, Etebo has also spent time on loan at Getafe and Galatasaray, appearing in the Europa League for the latter,” read a statement on the club’s website.