More than a dozen reputed gangbangers eyed in a series of shootings were swept up in a massive takedown in Brooklyn Thursday — with police officials calling them “as dangerous a group as they come.”

Fourteen alleged members of the Babiiez street gang — a Flatbush-based subset of the Insane Crips — face charges in an 81-count indictment including conspiracy to commit murder and weapons possession.

Some of the suspects, also associates of the Bergen Fam gang, were arrested in pre-dawn raids — two of which were witnessed by The Post in Brooklyn.

Inspector Jason Savino, commanding officer of the Gun Violence Suppression Division, said the busted gangbangers “were as dangerous a group as they come.”

“They have been involved in 37 gun-related offenses, and they have no qualms about pulling a trigger,” Savino said. “They wake up in the morning and think about who they are going to shoot today.”

Those indicted include six juveniles and four people who are already in jail, officials said. The charges are related to 11 shootings with eight victims — six of whom were alleged rival gang members and two men who were not rivals.

Abu Gaye, Bobby Thomas, Jaden Ocean and Krisalya Blount were busted Thursday — and six have not yet been arrested.

A Post reporter and photographer were on hand as authorities arrested Gaye, 18, at his home on Eastern Parkway near Pacific Street in Ocean Hill.

Gaye, who was wanted in a couple of shootings, was walked out of his building handcuffed, wearing a white shirt, maroon shorts and sneakers.

The Post also witnessed the arrest of Bobby Thomas, 20.

The suspects were involved in shootings against rival gangs, including Folk Nation and 8 Trey, officials said.

“Every day, they wake up to benefit the gang,” Chief of Detectives James Essig told the officers from the NYPD’s Gun Violence Suppression Division as they assembled in Brooklyn around 4 a.m. before the takedown. “They are trigger-pullers that really put our great citizens, our people, in danger.”

About 100 detectives and supervisors took part in the takedown, according to officials.

The NYPD’s gun suppression unit initially focused its cases in Brooklyn, because there was an uptick in shootings, according to Savino.

“Now we are a citywide unit going after the most violent offenders,” he said. “Today, the NYPD’s best of the best went after the worst of the worst.”

The unit’s first case was against rapper Bobby Shmurda, who was released from prison in February. He had been in custody since his 2014 arrest on conspiracy and weapons possession charges. 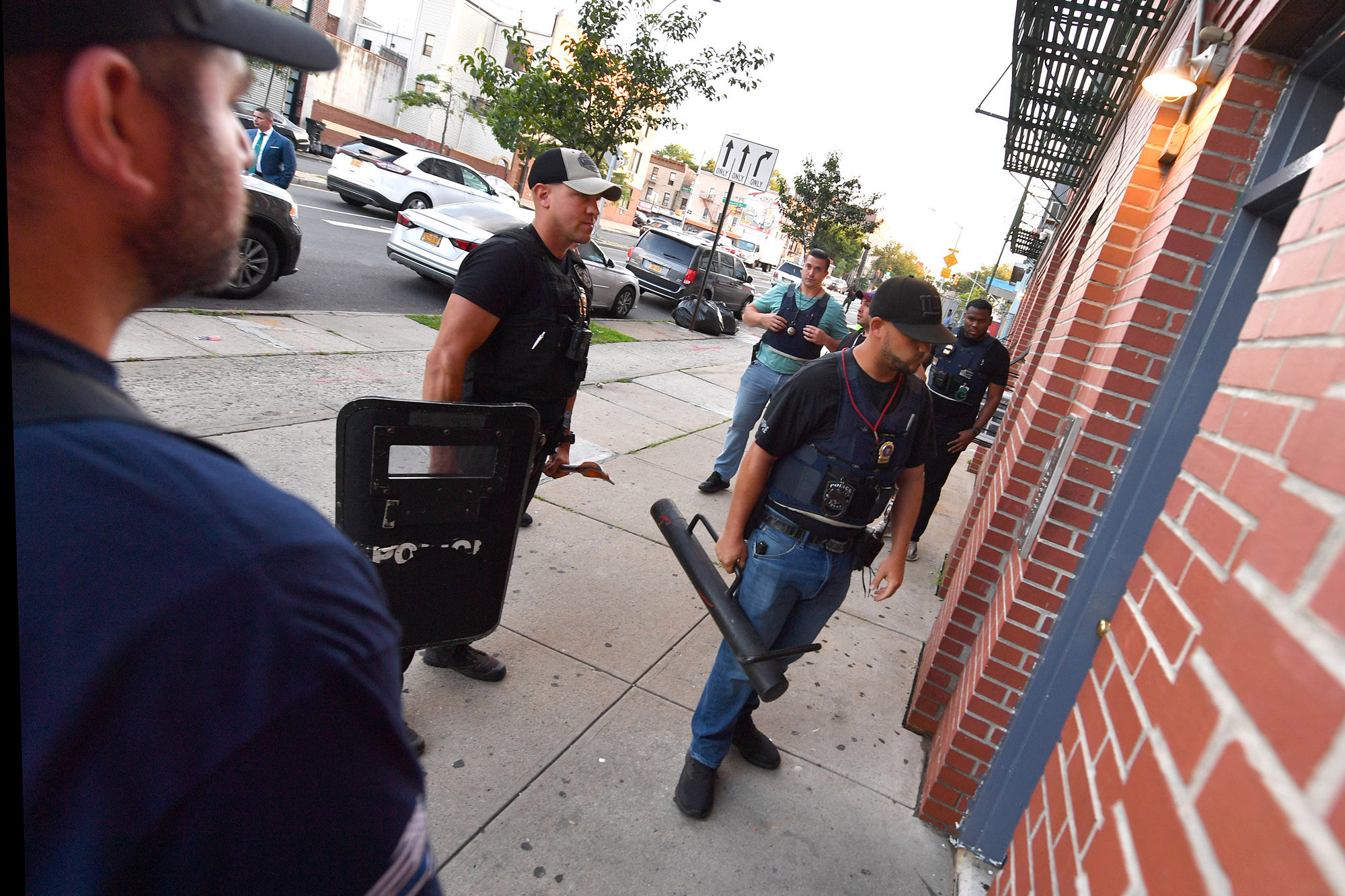