The Brooklyn teenager accused of shooting a tourist in Times Square was ordered held on $200,000 bail Thursday, as authorities released new details of the incident.

Surveillance video from the Crossroads of the World allegedly captured Darden arguing with another man, who fled when the teenager pulled a gun, according to a criminal complaint.

Darden then allegedly chased the man and wildly opened fire, with the bullet striking Poulin, 21, the complaint said.

“The defendant, in the middle of the day … in the middle of Times Square, pulled a firearm from his backpack and discharged it,” prosecutor Matthew Thiman told Judge Althea Drysdale during the arraignment.

“The facts of this case are especially serious,” Thiman added.

Police sources said the dispute stemmed from the night before, when Darden allegedly walked in front of a breakdancer, sparking an argument.

Defense attorney Sarah Legler argued that Darden has “no criminal record” — having recently completed one year of probation on a 2019 robbery case.

Sources said the teenager has five prior arrests as a juvenile, all of them sealed.

Darden fled the scene of the shooting but turned himself in to cops Wednesday.

Police later found a .380-caliber shell casing at the scene.

Poulin, who was in the Big Apple from upstate to attend a baptism, was walking on West 45th Street when he told cops he heard a gunshot, then felt a pain in his back.

His wound was not life-threatening.

Meanwhile, Darden’s neighbors in Bushwick told The Post the teen has been a troublesome presence on the block since moving there with his mom last year.

“That short-ass, little troublesome-ass boy,” one neighbor said. “I know he is always in trouble.”

Darden’s mother was in court Thursday but declined to comment. 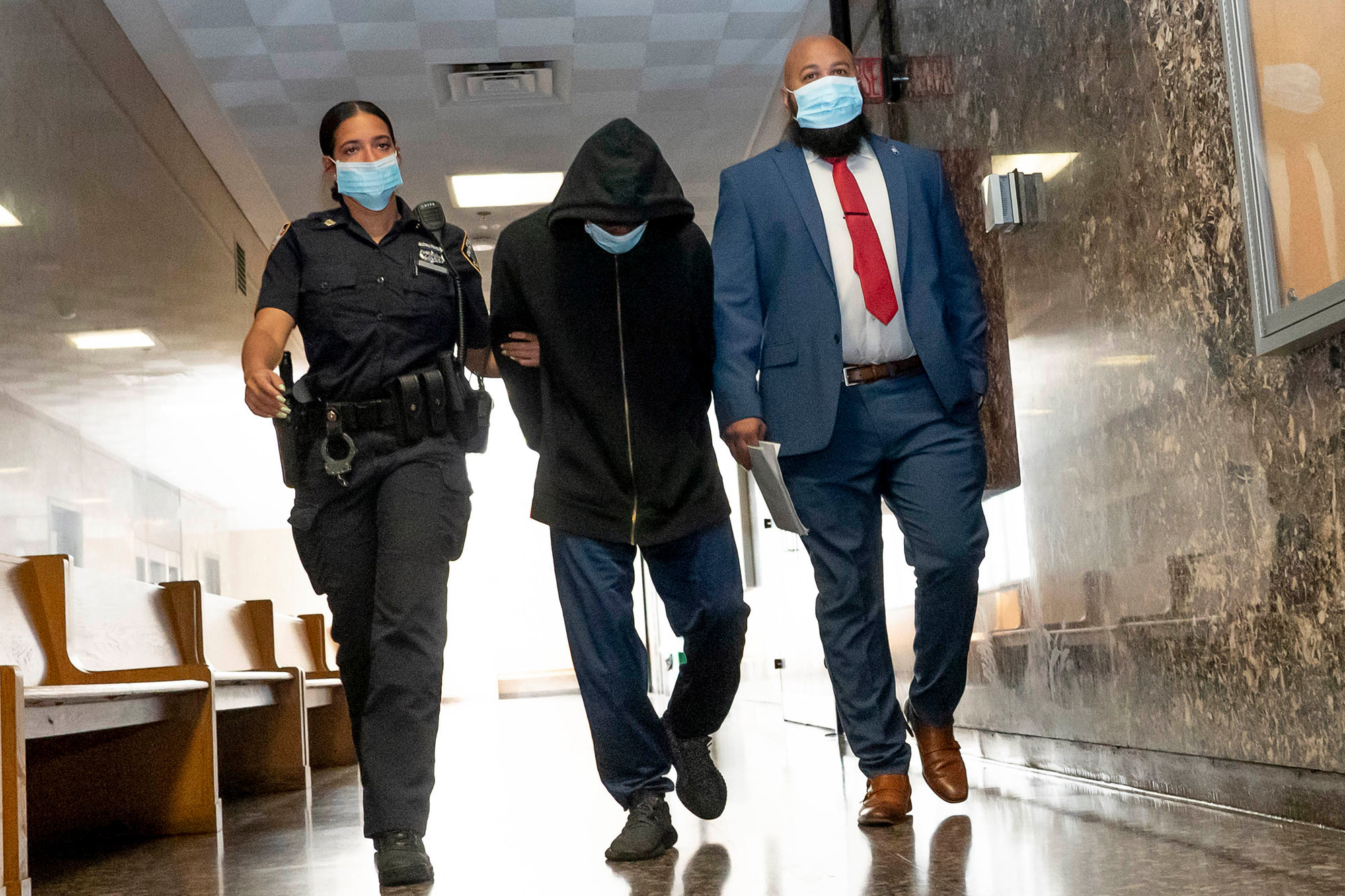