An Amazon delivery driver was shot in the face in Brooklyn on Monday after getting into a beef with a guy on the street, law-enforcement sources told The Post.

The 22-year-old driver was grazed by the bullet, which was fired through the window of his delivery truck at DeKalb and Wyckoff avenues in Bushwick shortly before 11:30 a.m., sources said.

His assailant fled the scene and remains on the loose. Cops recovered a single shell casing at the scene, according to the sources.

Detectives from the 83rd Precinct in Bushwick are investigating the shooting.

It was not immediately known what sparked the dispute. 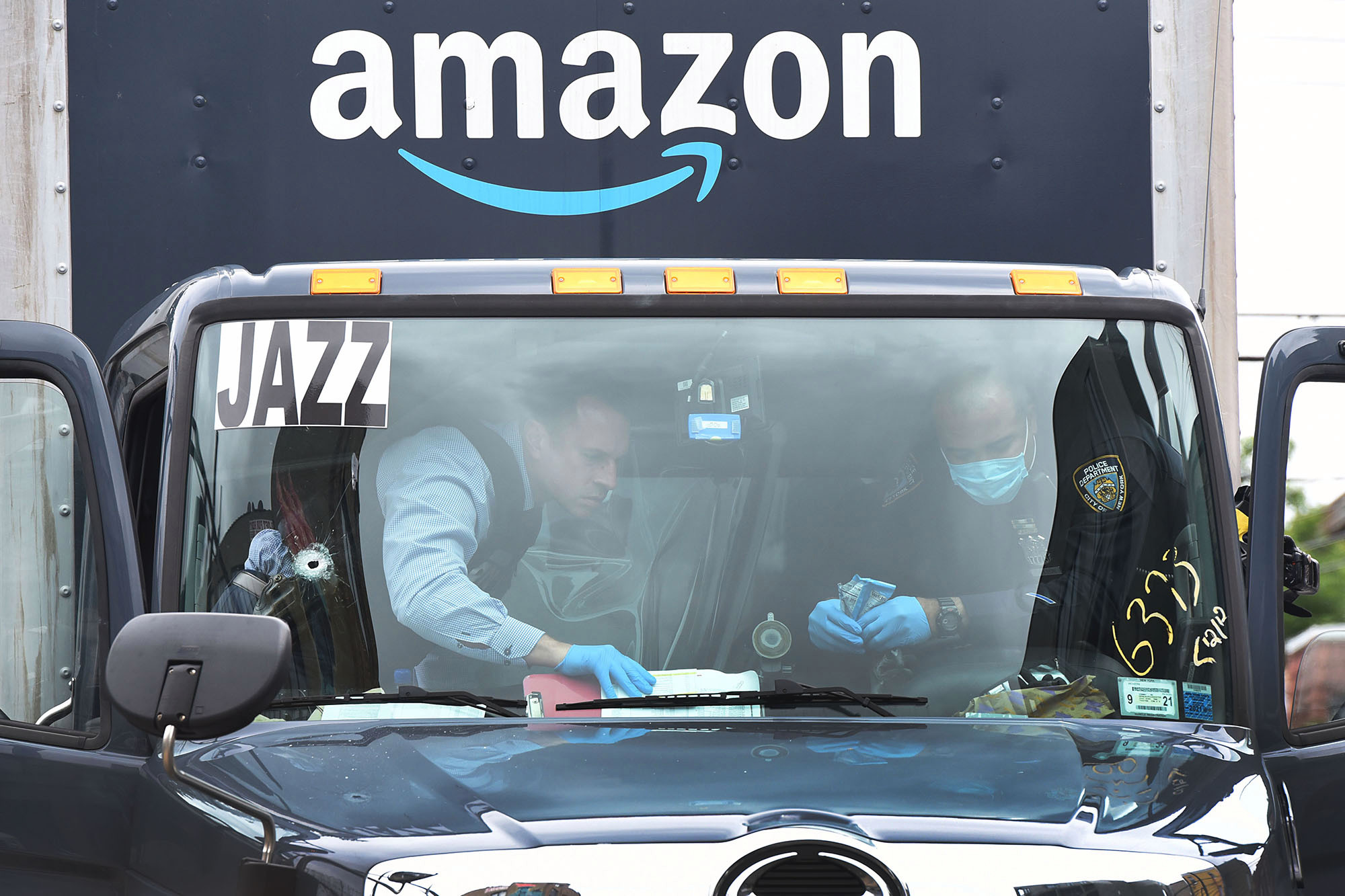