Gov. Andrew Cuomo is looking for a spot in Battery Park City to erect a concrete coronavirus memorial to honor essential workers — despite fierce resistance from local residents who slammed the project as a debacle.

During a presentation Wednesday night before Community Board 1, the Cuomo-controlled Battery Park City Authority recommended two other potential sites on the state-owned property, after scrapping a plan last week to take green space in beloved Rockefeller Park in BPC to make way for the memorial, which provoked protests by residents.

One location for the Circle of Heroes — consisting of 20 Maple Trees representing different branches of front-line workers and an eternal flame — would be adjacent to the existing Irish Hunger Memorial.

Another site would be next to the Esplanade Plaza Volleyball Court.

During a sometimes raucous five hour meeting, BPC residents said they have “memorial fatigue” — the area is already home to the Police Memorial, Holocaust Memorial, Hurricane Maria Memorial, Mother Cabrini memorial statue and the Sept. 11 Memorial and Museum nearby.

Residents also oppose having any memorial with a gas flame, which they claim poses a terrorism risk and contributes to climate change. Battery Park City was dramatically impacted by the Sept. 11 attacks.

Board 1 passed a resolution opposing any workers’ memorial that includes a flame.

“A flame is an 18th century idea of a memorial. We’re in the 21st century,” said BPC resident Adrian Mak.

Residents said the Cuomo inspired project was rushed and not well thought out, saying the closed process lacked a design competition and a rigorous review. Residents with architectural design and landscape backgrounds said the drawings for the memorial were embarrassing.

They argued the project should be delayed until next year so it can be done right, instead of being completed for Labor Day Sept. 6 — just five days before the 20th anniversary of the Sept. 11 terrorist attacks.

Battery Park Authority chairman George Tsunin — a Cuomo appointee — apologized again Wednesday for the lack of consultation with BPC residents. He pulled the plan to put the memorial in Rockefeller Park after talking to residents and agreeing the popular green space used by residents and children was inappropriate for a memorial.

But Tsunis said the Essential Workers Memorial will be built at one of the other locations in the Battery.

“It is a New York State park and authority. He [Cuomo] represents — we represent — 18 million people. There is a larger constituency that is expecting a memorial,” Tsunis said, referring to 4 million essential workers.

“We’re trying to have a balance here.”

Asked to delay the project until next year, Tsunis said, “I cannot promise or commit to that.”

Tsunis said the COVID memorial workers will be the last in Battery Park. 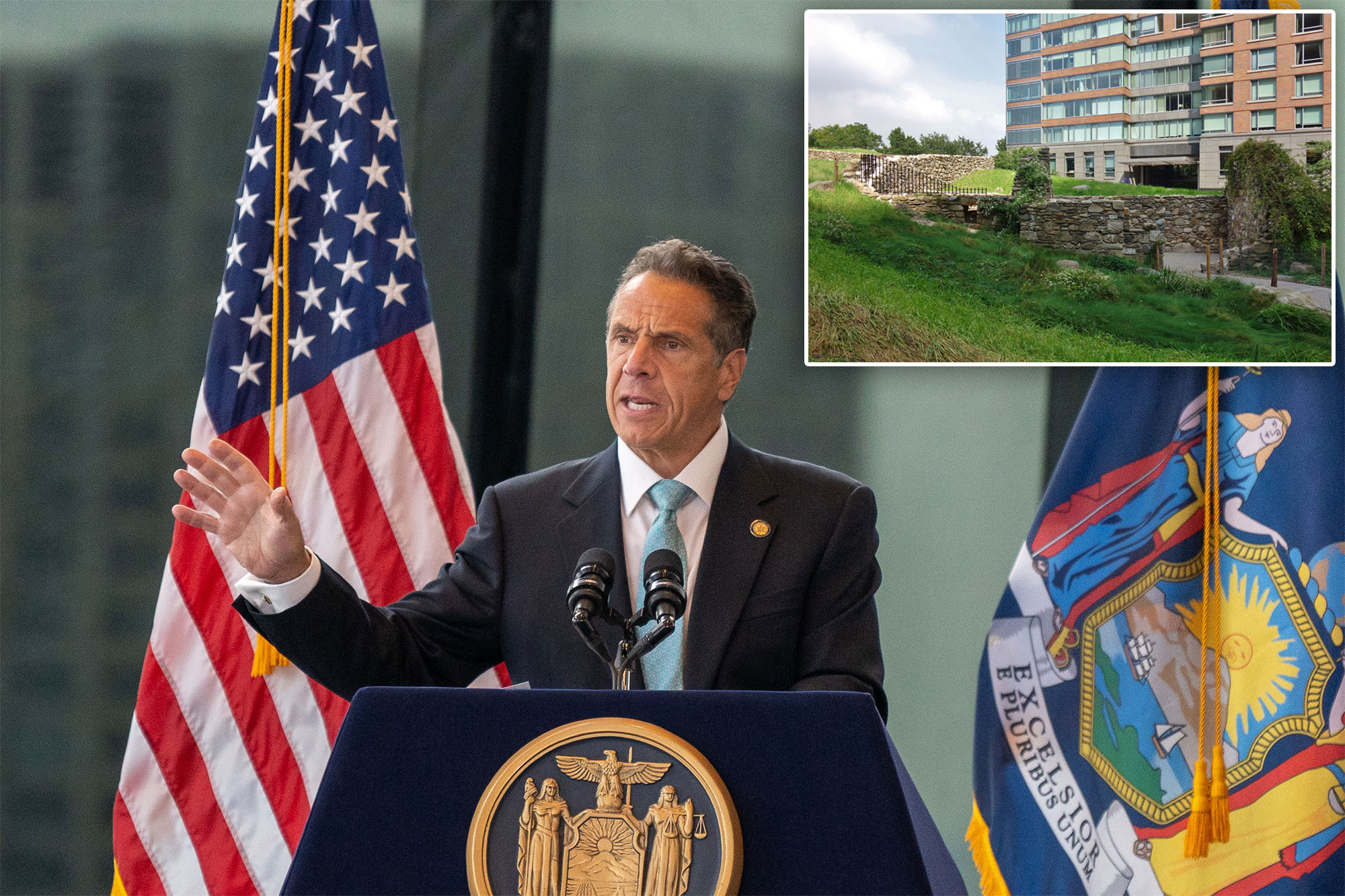