New Yorkers for Clean, Livable and Safe Streets obtained a text message that Evelyn exchanged with an animal rights advocate she bumped into while campaigning for her husband in Manhattan’s Chelsea neighborhood on June 11.

Evelyn told the activist it was a “mistake” and “crazy” for her husband’s campaign to answer “no” to supporting efforts to strengthen protections for carriage horses — a top concern for NYCLASS. The group’s Super Pac provided a copy of the text exchange to The Post.

The activist referred to a “no” answer Yang gave to a question on NYCLASS’ questionnaire that read: “Would you support legislation or efforts to strengthen welfare protections and increase the standards of care for New York City’s carriage horses?”

“I’m still very confused why Andrew answered NO to wanting to improve humane treatment of carriage horses in the survey,” the activist asked Evelyn Yang in a text message. “Can you please clarify that?”

Evelyn Yang responds via text, “He [husband Andrew] didn’t write those answers. I’m not sure who did!

“That would be a crazy way to answer from anyone honestly, I think it was a mistake.”

The digital ads show an image of Andrew and Evelyn together by school lockers.

The message above Andew says, “I support animal abuse.” The message below Evelyn says, “That’s crazy.”

The Yang campaign did not dispute the authenticity of Evelyn Yang’s text message and instead accused NYCLASS leaders of attacking Yang to aid the campaign of one of his opponents.

NYCLASS’ hardball tactics are nothing new.

In 2013 NYCLASS funded attack ads against Christine Quinn, the former City Council speaker, who was running for mayor against Mayor Bill de Blasio shortly before the Democratic primary. The group later contributed $900,000 to his campaign and a nonprofit supporting his political agenda.

The effort was widely thought to be a major factor in de Blasio’s victory.

NYCLASS later agreed to pay $10,000 to a state watchdog in 2015 to settle ethics violations for failing to register as a lobbyist and file disclosure forms while petitioning de Blasio on issues relating to horse carriages.

The Yang campaign previously claimed that NYCLASS is “very tightly” aligned with de Blasio in a bid to sink the entrepreneur’s campaign. A lawyer for the animal rights group then accused the Yang campaign of defamation and issued a cease and desist letter urging the campaign stop linking NYCLASS to de Blasio.

Sources have claimed that de Blasio is maneuvering behind the scenes to aid ally and front-runner Brooklyn Borough President Eric Adams’s mayoral candidacy. De Blasio has denied taking sides in the race but defended Adams in a recent campaign dispute over the candidate’s residency. 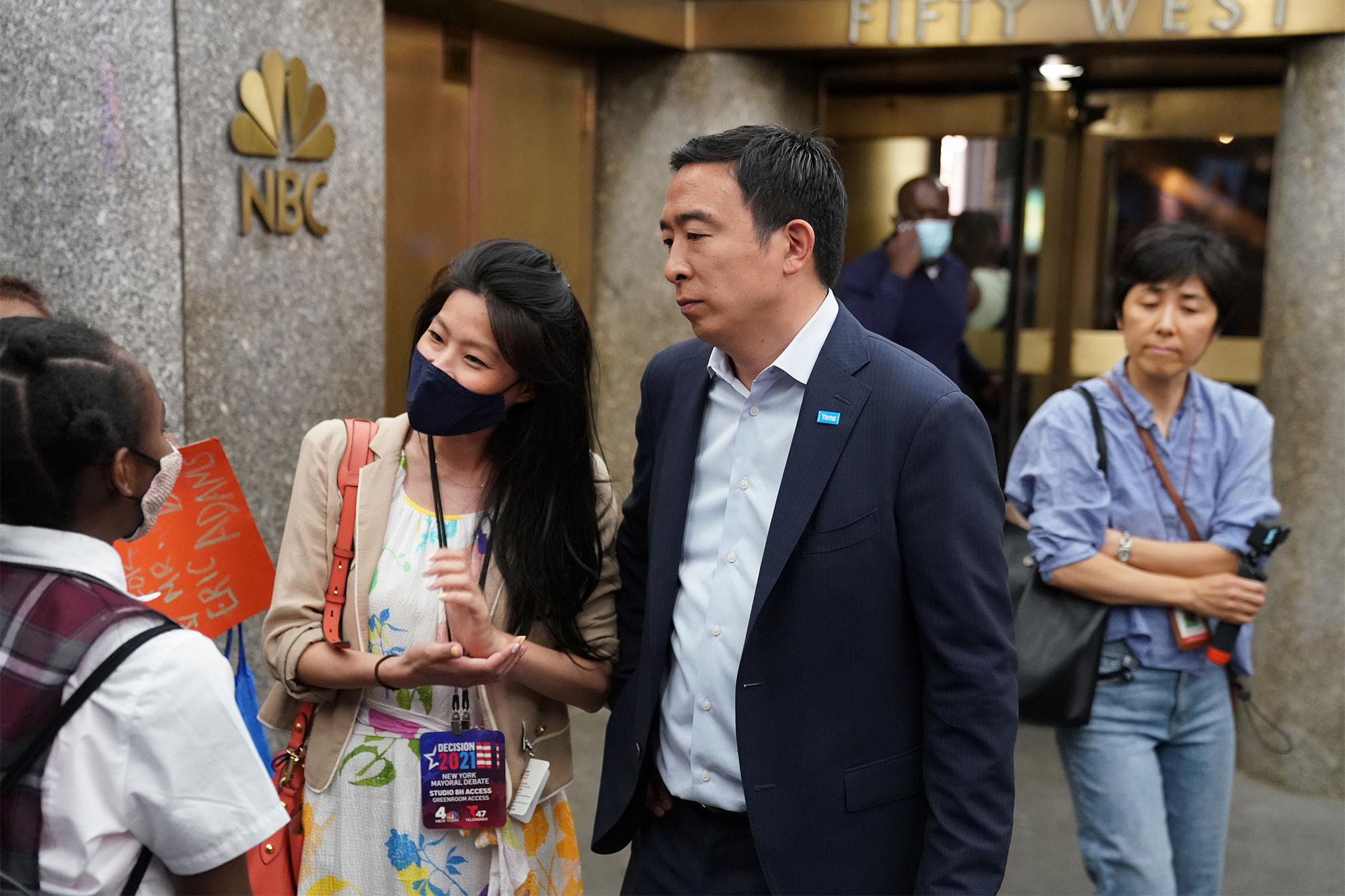