Three men on motorcycles robbed and harassed a young Jewish man in Brooklyn before yanking off his yarmulke — in another apparent anti-Semitic attack in New York City.

The hateful holdup — which was caught on video — happened on Metropolitan Avenue and Graham Avenue in Williamsburg on the afternoon of June 2, police said on Friday.

The alleged bigoted bikers approached the 21-year-old and demanded his money while making statements that disparaged Jews, according to the NYPD.

When the victim tried to call 911, the suspects allegedly snatched off his religious headgear and hightailed it up Manhattan Avenue.

The robbers remain on the run, according to police. 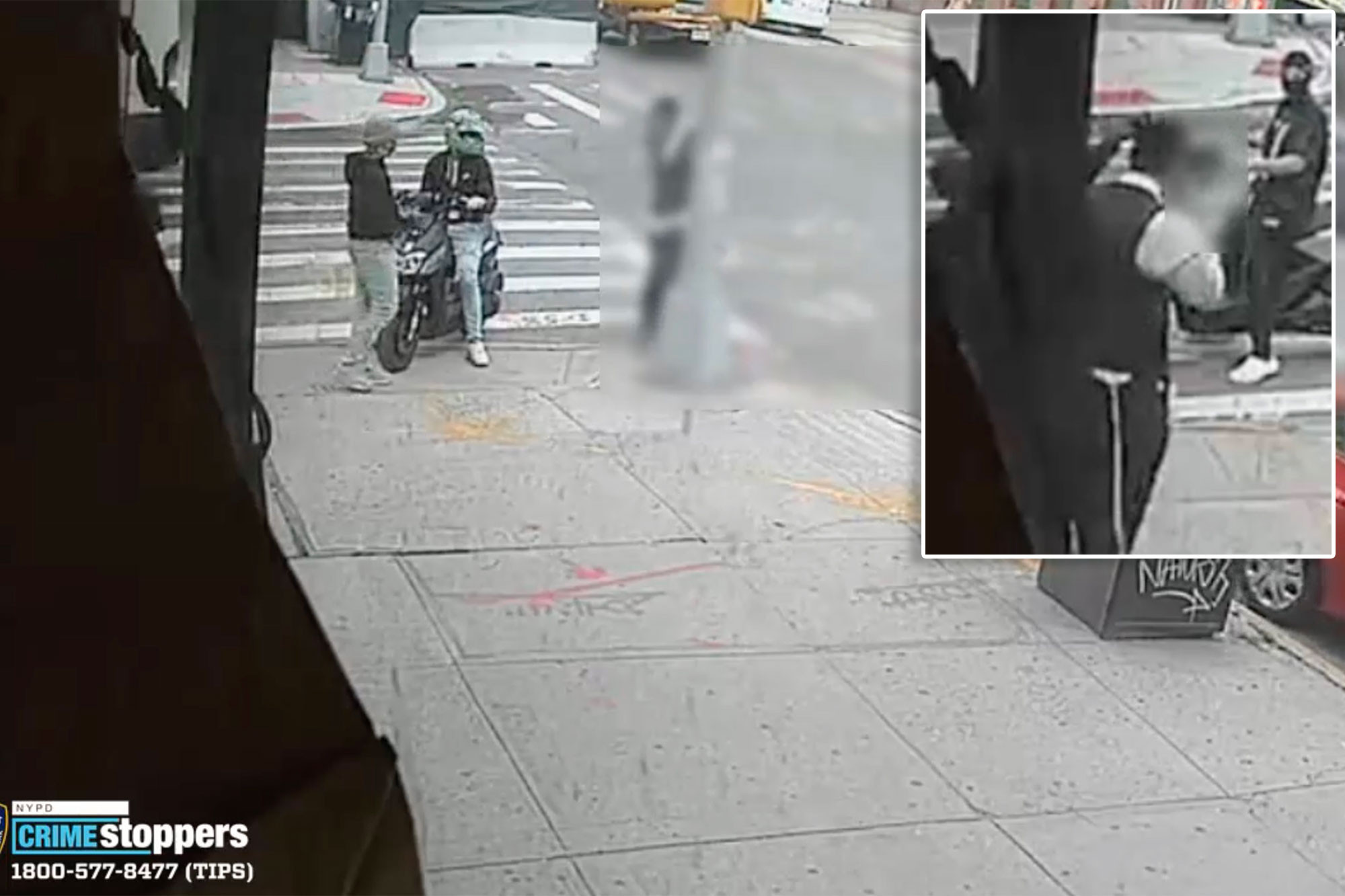