Rep. Alexandria Ocasio-Cortez took a dig at opponents of her Green New Deal climate proposal — sharing video of the severe flooding that left New Yorkers wading through waist-high water at subway stations across the city — claiming her policy would have avoided the disaster, but instead New Yorkers have to “swim to work.”

“The Green New Deal, which is a blueprint to create millions of good jobs rebuilding infrastructure to stem climate change & protect vulnerable communities, is unrealistic,” Ocasio-Cortez (D-NY) tweeted in quotations, writing the post as a critic of her plan, “Instead we will do the adult thing, which is take orders from fossil fuel exes & make you swim to work.”

Heavy rains caused floods at several Big Apple train stations Thursday — forcing some desperate New Yorkers to traverse through subterranean lakes just to get on with their commute.

Shocking video showed a woman walking into waist-deep water as she attempted to reach the platform at the 157th Street No. 1 train station in Washington Heights, which AOC retweeted with her message.

The straphanger had water up to her ankles as she descended the stairs — before she walked into the underground pond. She continued moving, undeterred, holding a shopping bag up in the air.

The Big Apple is expected to continue getting drenched on Friday, when Tropical Storm Elsa moves through the region.

Climate policy has been at the forefront of AOC’s legislative efforts, most notably through the Green New Deal and serving on the climate panel of the Biden-Sanders Unity Task Forces.

The Green New Deal was introduced by Ocasio-Cortez and Sen. Ed Markey (D-Mass.) in February 2019.

The plan, only 14 pages long, calls for the federal government to launch a World War II-like mobilization on an environmental plan that would reduce carbon emissions, remake the economy and reduce income inequality.

The proposal, in broad strokes, would aim to reduce greenhouse gases, provide for clean air and water, and develop a sustainable environment, all while creating millions of “good, high-wage jobs,” the resolution stated.

The bill is not a prescriptive plan per se, but rather a statement of aspirations in the hope that lawmakers could one day rally behind the proposal. 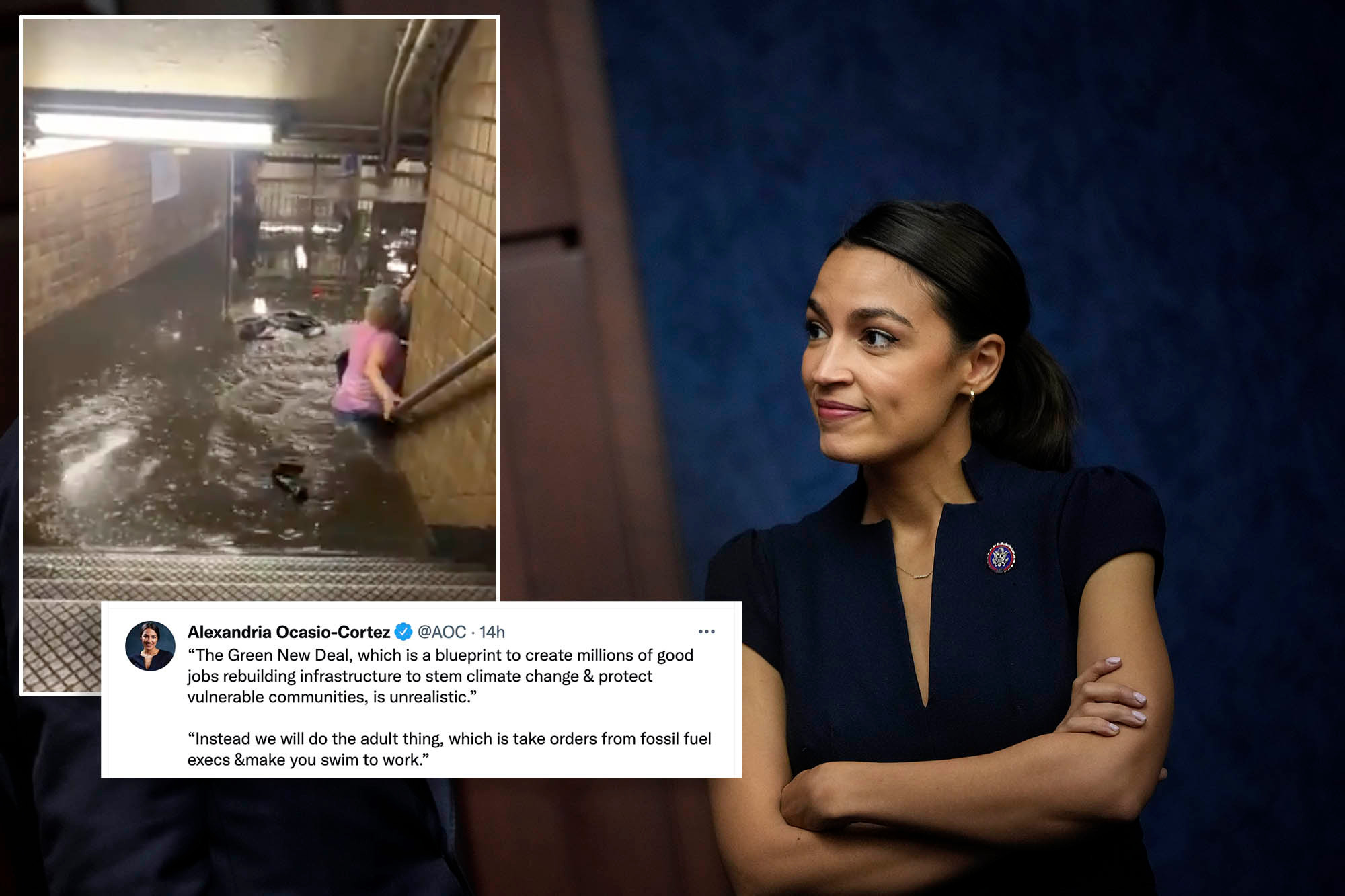