As if the mouse and snake plagues weren’t bad enough, Southeastern Australia is being blanketed in horror movie-evoking spiderwebs following severe flooding in the region. The spooky images were first shared to Reddit but have since gone viral across the “web.”

“If the floods weren’t enough, I give you, spider apocalypse,” wrote the user on the pic which shows spiderwebs covering a field in Gippsland, Victoria like silky circus tents. Wellington Shire councillor Carolyn Crossley even posted an eerie clip of the “gossamer web billowing in the breeze.”

A Facebook user seeking to identify the critters posted a close-up to the Australian Spider Identification page, which shows the “red-and-black” arachnid sitting in the center of the web.

Despite their creepy countenance, the arachnids are actually harmless Ambicodamus crinitus, also known as Red and Black Spider. They created the sprawling silk tenements upon retreating to higher ground so they could escape the storms.

“It’s a semi-regular occurrence in Victoria in wintertime when we get most of our rain,” Ken Walker, an entomologist at the Melbourne Museum, told the Guardian. “Spiders can make a wide range of different silks and one of the silks they use for this behavior – ballooning – it’s a very, very thin little silk that they use … to fly away with the breeze.”

Upon finding a suitable landing spot, the eight-legged exiles use their tiny parasails to hook onto the tops of the vegetation, which they then quickly clamber up.

Walker explained that the “massive flooding event” prompted millions of displaced spiders to deploy their silky lassos all at once, effectively carpeting the countryside in a gossamer veil like an arachnid refugee camp.

Suffice it to say, online arachnophobes were repulsed by the bizarre phenomenon.

“That is my worst nightmare,” commented one aghast Redditor of the spider scourge.

Another wrote, “Ahh Australia, you got fires, storms, mice, spiders. We should get a bloody award for surviving.”

“I can’t wait for the mouse plague vs spider apocalypse showdown,” quipped another. They were referencing Southeast Australia’s ongoing plague of cannibalistic mice, which have overrun homes and schools, destroyed thousands of dollars worth of crops and even started house fires by chewing through electrical cords.

However, others were enchanted by the spider cities, which they dubbed “absolutely beautiful.”

“I wish I could have seen this in person. That is so so cool!” fawned one arachnid fan under the post on the Australian Spider Identification page.

Another described the event as “remarkable.” “How wondrous it is that these tiny creatures get the message they need to escape the danger,” they wrote. 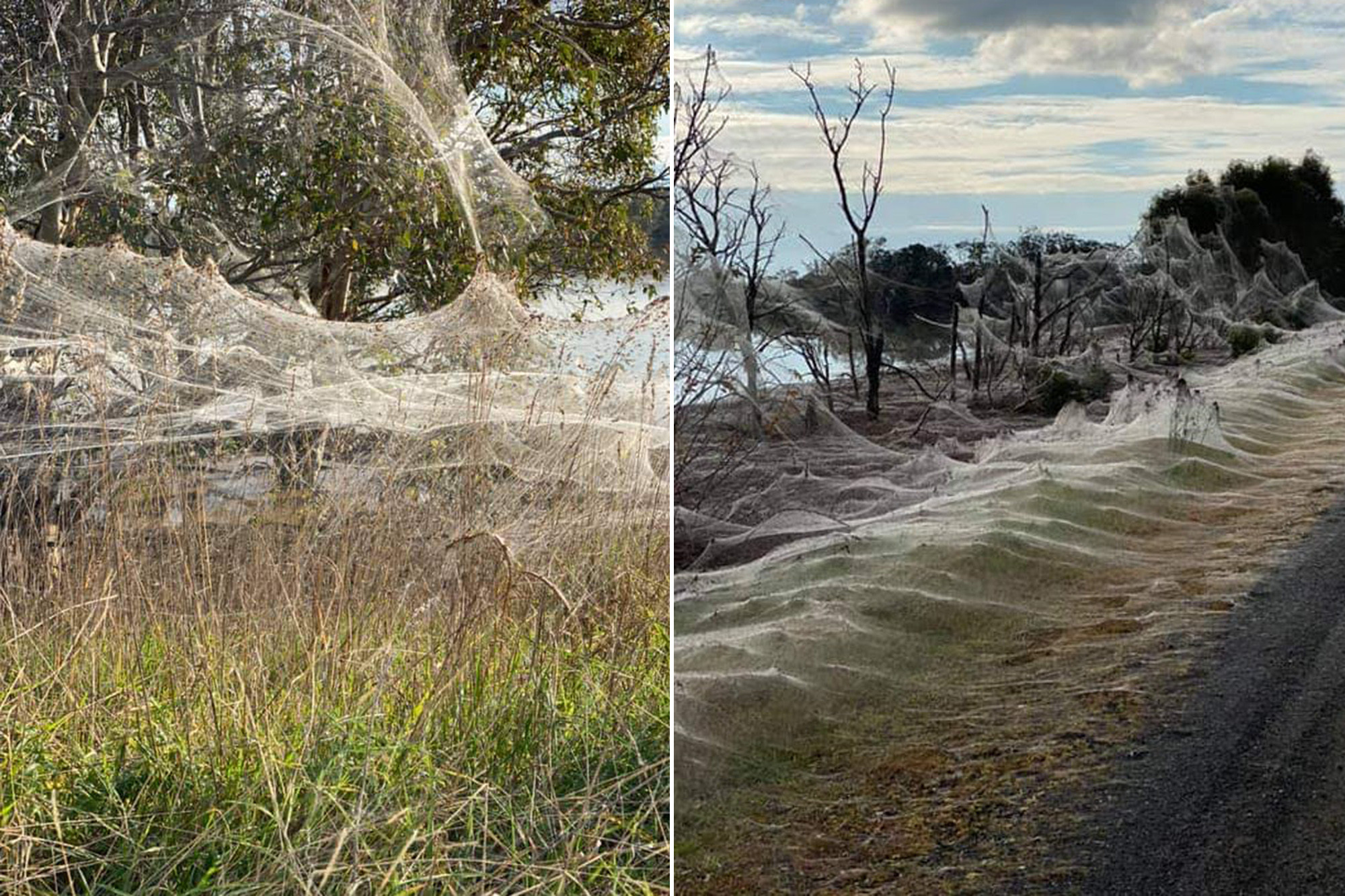