PETALING JAYA, Malaysia, July 7 – When Malaysian mother Hadijah Neamat was struggling to cope during the coronavirus lockdown, she hung a scrap of white cloth outside her window in a plea for help.

The #benderaputih (white flag) campaign has gained momentum on social media in a bid to encourage people to help others in distress during a prolonged lockdown in Malaysia.

Indeed, shortly after Hadijah, 73, put up the flag a neighbor came by to offer her food and other items.

“I thought it would be outsiders who would come to help, like wealthy people or ministers or important people,” said Hadijah, who lives in a densely populated district of Petaling Jaya in Selangor state near the capital, Kuala Lumpur. “But they said ‘We are neighbors. If someone puts up a white flag, of course we need to be concerned’,” she added, saying she was surprised by the act of generosity on her doorstep.

Hadijah’s husband, Mohd Rusni Kahman, 59, has a disability and has not been able to work since losing his job last year.

“Sometimes I just stare into space… If I don’t have work, what will I do? I can’t just rely on my son,” he said.

Malaysia has reported more than 785,000 cases of COVID-19, the third-highest tally in Southeast Asia and has been in lockdown since June 1.

The pandemic has put a particular strain on low-income families, with reports of many forced to ration food.

In response to the white flag campaign, neighbors, businesses, politicians and even celebrities have stepped in to donate.

“It takes a lot of courage (to display the white flag)… Because it’s actually telling everyone that you… can’t manage,” lawmaker Maria Chin Abdullah told Reuters.

“But I think I take it positively – it’s something that this country actually needs because we can’t cover everybody. So it’s good that… you indicate that you need help and we’ll come to you,” she said. 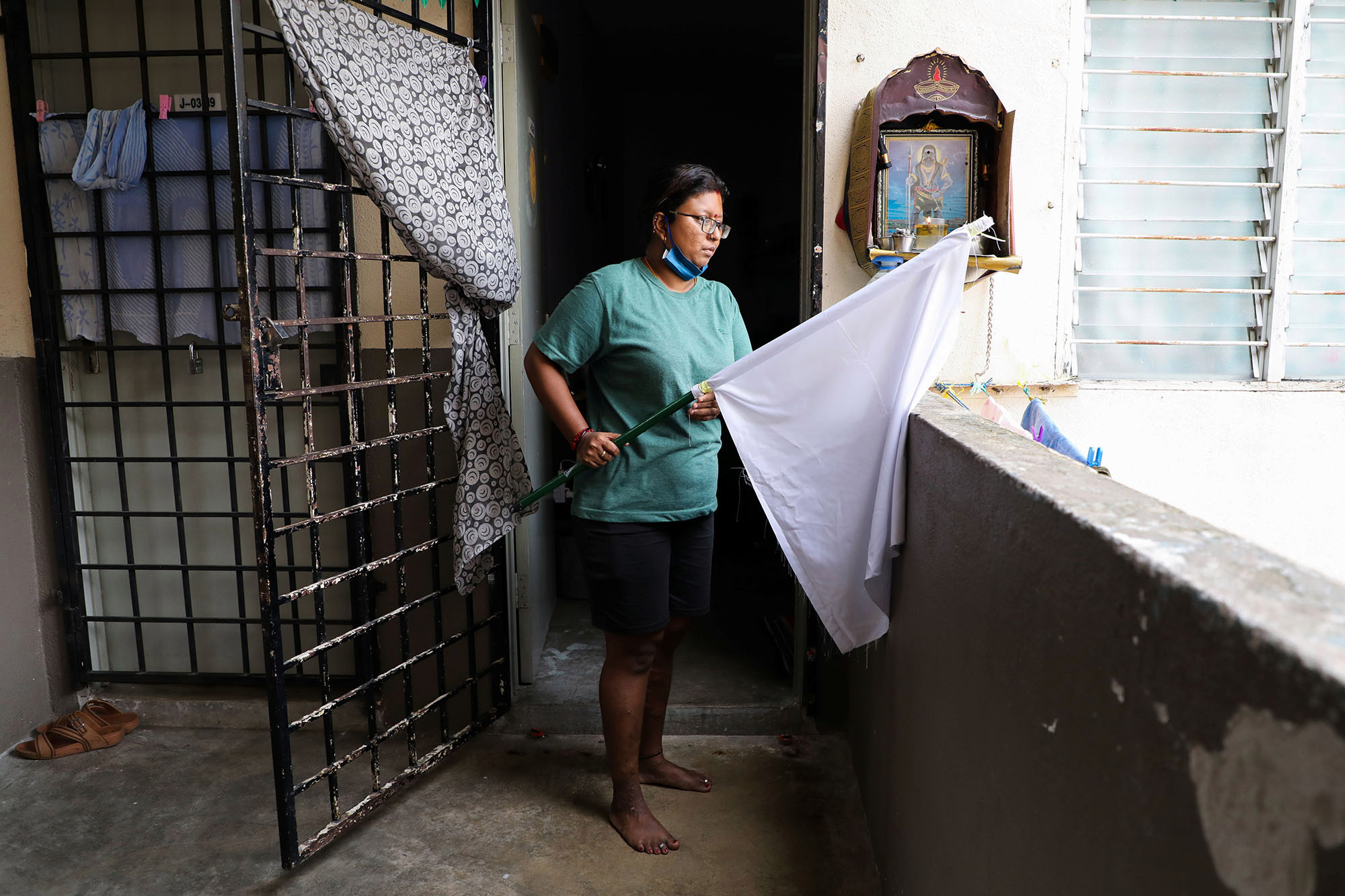