At least three people were shot in the Big Apple overnight — two fatally — including a 16-year-old boy gunned down in the Bronx, authorities said.

Ramon Gil-Medrano was in the back of a livery cab around 11:35 p.m. Sunday at East 178th Street and Valentine Avenue in Mount Hope when two gunmen pulled up on scooters and opened fire — striking him in the head and chest, according to cops.

Gil-Medrano, who appeared to have been targeted in the shooting, was taken to St. Barnabas Hospital, where he was pronounced dead.

He was affiliated with the 800 YGZ gang, police sources said.

Investigators are probing whether Gil-Medrano’s slaying was in retaliation for the fatal shooting of Jaryan Elliot, who was gunned down on East 187th Street near Prospect Avenue around 3:15 p.m. Sunday, police sources said.

NYPD Chief of Department Rodney Harrison described that shooting as “gang-related” and said the teen victim “was the intended target.”

Earlier Sunday night, Dejuan Brown, 25, was killed in a drive-by shooting at the corner of 200th Street and 111th Avenue in the Hollis section of Queens around 10:15 p.m., cops said.

Brown was driving a Nissan Maxima when a Jeep pulled up and someone fired multiple times, authorities said.

He was taken to Jamaica Hospital Medical Center, where he was pronounced dead.

The motive for the shooting was not immediately clear.

They were taken to Brookdale University Hospital Medical Center in stable condition.

There have been 803 shootings so far this year, a nearly 29 percent increase from the same period last year, according to new CompStat data released Monday. 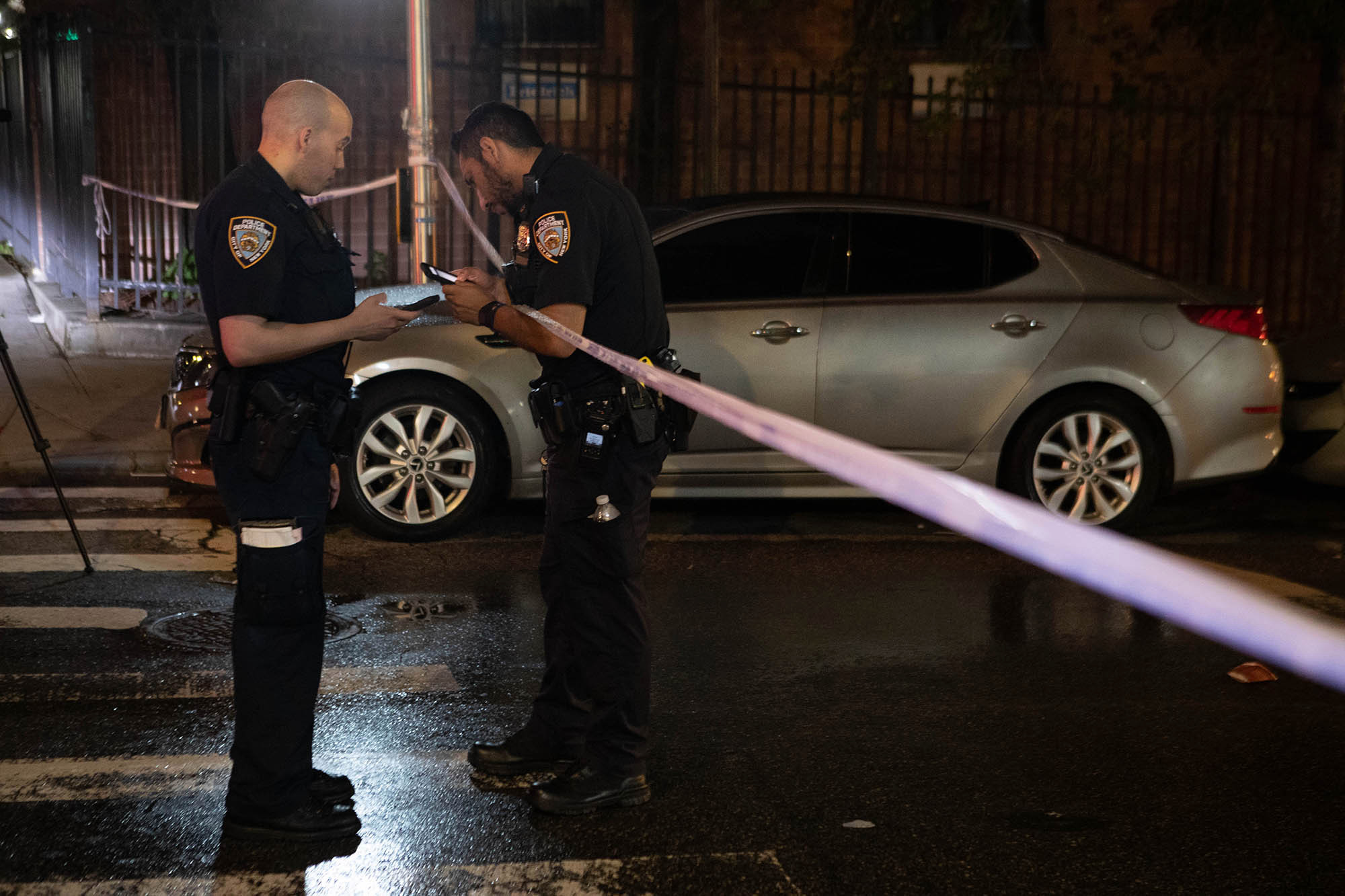