At least half a dozen people were shot across the Big Apple overnight, police said Thursday — as the surging gun violence shows no signs of slowing.

One of the incidents was fatal — and allegedly involved the gang member accused of opening fire on NYPD officers in Brooklyn around 11:15 p.m.

Sources said Boyce Hayward is suspected in a shooting just minutes earlier in Bushwick that left a 28-year-old man dead and a 21-year-old man hospitalized.

Both victims — who sources said were members of the Crips gang — were shot multiple times in the torso inside a white BMW SUV before the suspect fled.

The fatal encounter adds to the soaring number of shootings so far this year, which has seen more than 450 shooting incidents with over 500 victims of gunplay.

Just before 1 a.m., a 63-year-old was shot in the right leg during a mugging on Avenue D near Albany Avenue in East Flatbush, cops said. The man was taken to Brookdale Hospital and the shooter is in the wind.

The 33-year-old man was discovered with a gunshot wound to his left arm after getting chased by cops at St. Marks and Kingston avenues. Police said he had fled from another shooting scene and had a loaded pistol on him. He was taken to Kings County Hospital.

In the Queens incident, a 26-year-old man was hit by gunfire in the neck while he was driving his car on 145th Avenue, just a few blocks from Springfield Park, around 7:50 p.m., according to police.

The shooter took off in a black Nissan with Texas plates, according to cops, who said the victim was expected to survive.

In the Bronx, a 29-year-old man was grazed in the back by a bullet just after 7:15 p.m. on Creston Avenue near East 188th Street during an argument with a 52-year-old man, whom the victim knew, cops said.

Cops caught up to the alleged shooter, Marlon Bell, after he was attacked in a separate incident and brought into St. Barnabas Hospital, according to police. 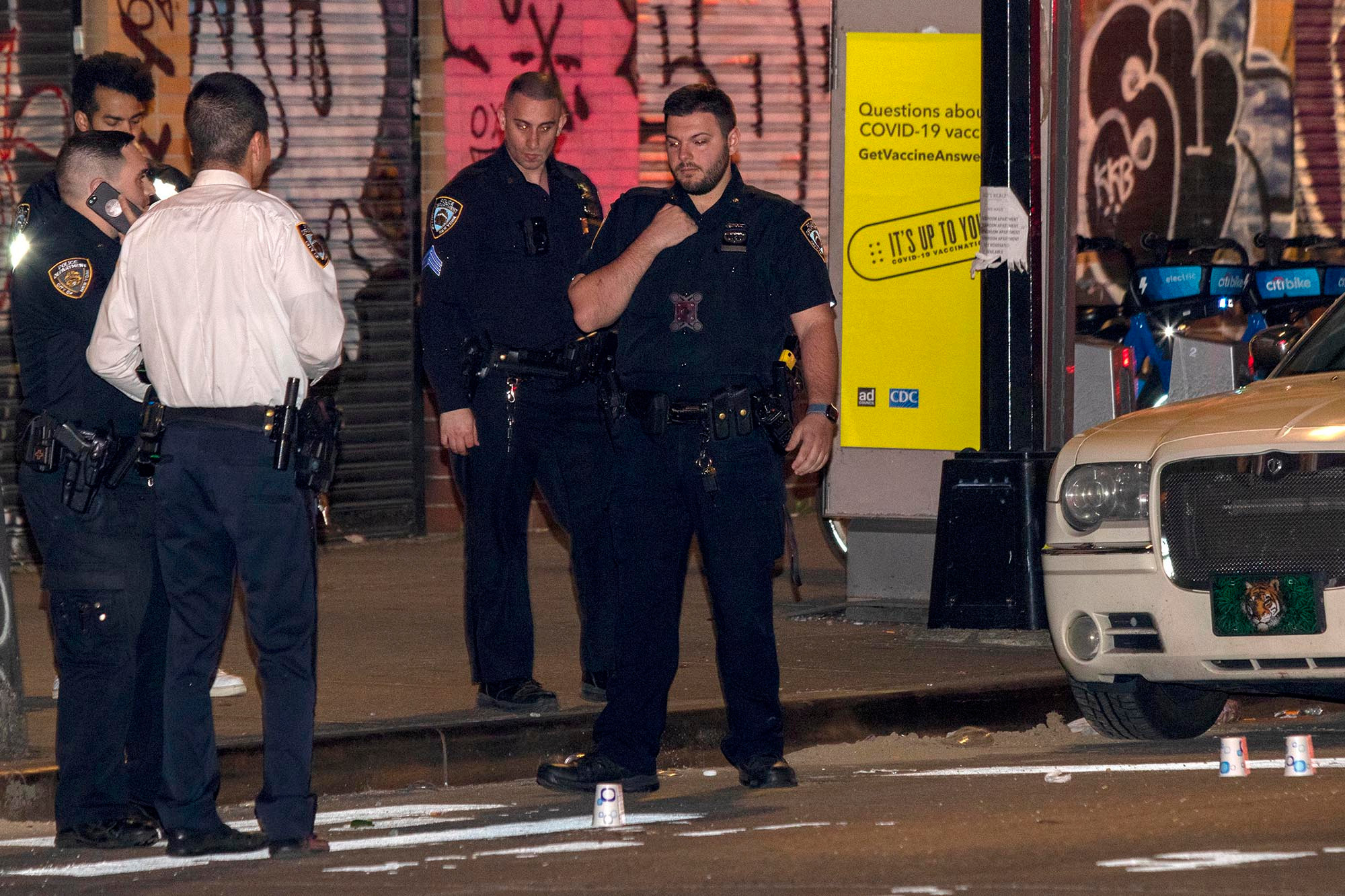