A UK motorist is being hailed as the nation’s “worst parker” after taking a staggering eight minutes to reverse his vehicle into a sizable parking space.

A Facebook clip of the vehicular follies has since gone viral online, the Daily Mail reported.

Andrei Dalca, who filmed the “embarrassing” spectacle from his balcony on June 29, told Kennedy News: “It was frustrating to watch. He could be the worst parker in the UK at the moment.”

“I don’t know who gave him his license, that’s what’s worrying,” he added.

Indeed, the accompanying footage shows the incompetent “30-to-40-year-old” motorist repeatedly failing to back his red vehicle into several large parking spots — with empty spaces next to them — while Dalca, 27, and friends narrate the hilarious scene.

“I think he needs to retake the license [driver’s test],” muses the male nurse’s 26-year-old girlfriend Sophie Daniels as the driver reverses his car towards a spot at a snail’s pace. He aborts the attempt after nearly backing into a silver vehicle in the neighboring space.

A second try at a different spot ends equally disastrously after his car ends up way outside the lines like a failed game of vehicular Tetris.

Finally, after eight minutes and four attempts at four different spots, the bumbling driver manages to successfully maneuver his car into a space, the Daily Mail reported.

Dalca found the motorist’s inability to park particularly baffling as “there were straight lines to show you where to park and there’s so many free spaces,” he said.

The Romanian-born auto-enthusiast added, “When he reversed he could have opened the door into an empty space and looked around to see, but he never did. He was useless.”

Despite the driver’s automotive illiteracy, Dalca said he admired “his perseverance because some people would have given up.”

“Surely they can’t be safe to be on the road?” wrote one social media backseat driver on Facebook, while another added: “And people wonder why I park miles away from everyone else.”

Dalca has claimed that the driver hasn’t mustered the courage to move his car since the calamitous incident.

“If I was him I’d get an hour or two with a driving instructor and then try again,” he said. “He might not embarrass himself then.”

In the interim, perhaps the incompetent roadster will console himself by watching clips of New York City’s worst drivers. 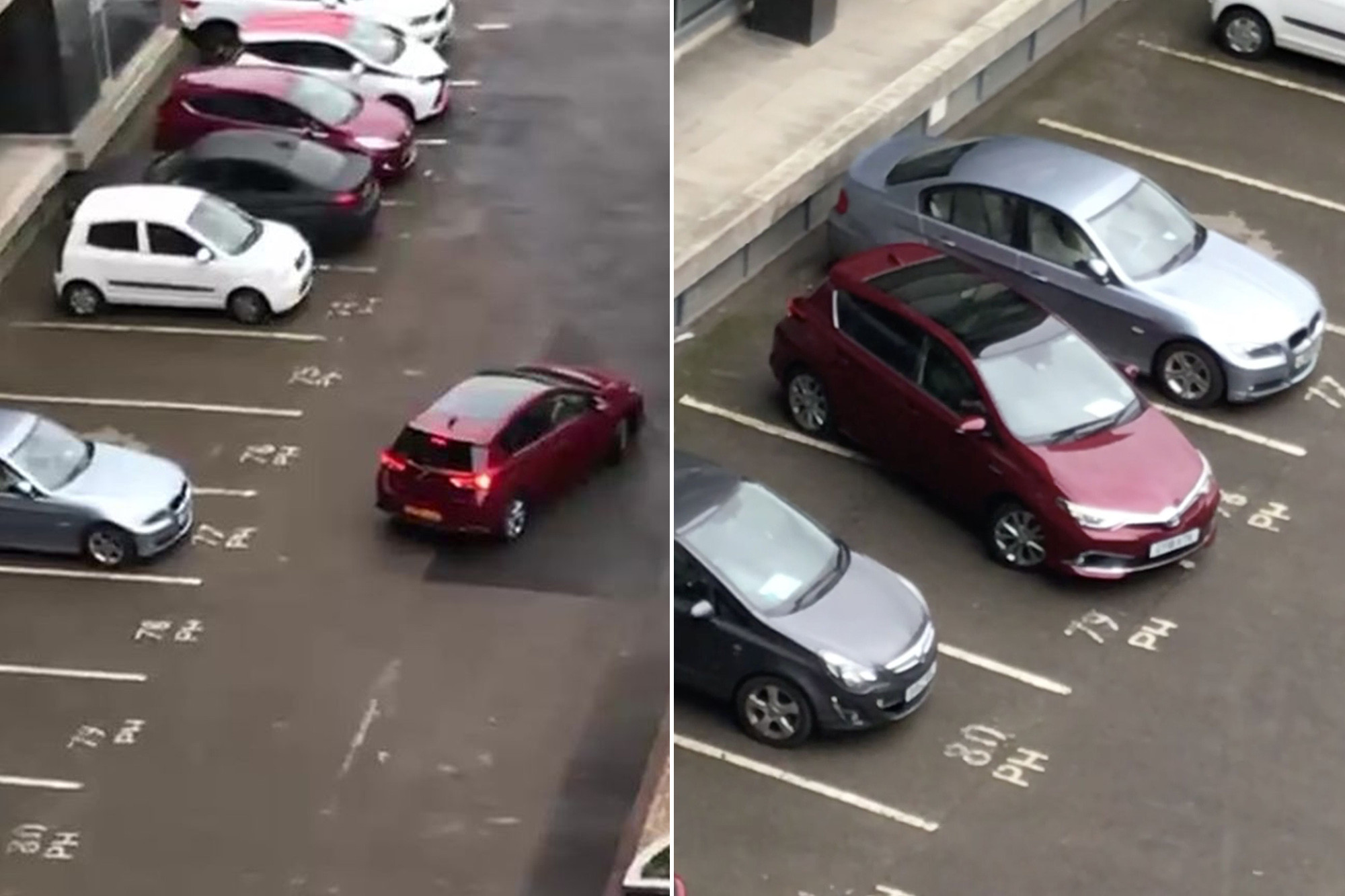