She tried to change her nose and almost lost it.

A woman narrowly avoided losing her nose and mouth after contracting a voracious flesh-killing disease from a botched filler operation. She has since put out a PSA warning others to steer clear of the dangerous beatification procedure.

“It felt like I was living through a nightmare,” Leah Morton told Caters News Agency of the facial fiasco, which began after she got her shnoz injected with beauty filler at an unnamed clinic on April 29.

The 26-year-old Liverpool native explained: “I have had filler before in my lips, but I decided I wanted to get the treatment done to my nose because I have always hated the shape of my nose.”

The snout-plumping procedure started out suspiciously when the cosmetologists didn’t warn her of the potential dangers and instead shot the solution straight into Morton’s flower-sniffer.

When the bank worker went home that evening, she said she felt “pain and pressure” on her nose. The bedraggled gal checked her face in the mirror the next morning to see that the tip of her wafter was “pure white and ice cold to touch,” she recounted.

Alarmed by the bizarre side effect, Morton called the surgeon responsible, who assured her it was nothing to fret about. However, “she said that if I was that worried that I could go and see her friend who she said was a nurse and she would dissolve it for me as she was away,” the nervous nose job patient recounted.

Unfortunately, Morton’s problems only worsened during the facial deflation, which caused her to experience excruciating pain while the filler was being dissolved.

Days later, white blisters erupted around the area, which eventually turned black, Caters reported. The panicking patient visited the emergency room, where medics confirmed that she was suffering from necrosis, a condition where the skin dies due to a lack of circulation.

Indeed, a subsequent thermal scan revealed that the area between Morton’s nose tip and lip was “completely white, meaning it was ice cold and no blood was getting to it,” said the unfortunate filler recipient. They suspected that her dermal die-off was caused by the filler blocking up a blood vessel during the botched beautification procedure.

Worst of all, the doctors worried that Morton could lose her upper lip and nose tip if they didn’t act immediately.

“I am a young girl, I couldn’t imagine losing my nose and lip,” said the poor gal of the cosmetic catastrophe.

In order to save her snout, the medical practitioners put Morton on medication and hyperbaric oxygen therapy, which she has undergone every day for a whole month since the appointment.

Morton is currently in stable condition, although the Liverpudlian says the necrosis has left her with permanent scars on her face. She’s also unsure if she’ll regain any color in the area.

“I’m usually a really confident girl, but I haven’t wanted to leave my house at all for the past six weeks,” lamented Morton. “My anxiety has been through the roof and I have been so stressed about everything.”

She concluded, “I would never get filler in my nose ever again. It is just not worth the risk.”

In the past, botched filler infusions have resulted in blindness and even inflammation in recipients of the Moderna COVID vaccine.

However, fillers aren’t the only seemingly harmless procedure to cause a serious medical condition. Earlier this week, a California man had his face ravaged by flesh-eating bacteria after accidentally using his roommate’s razor. 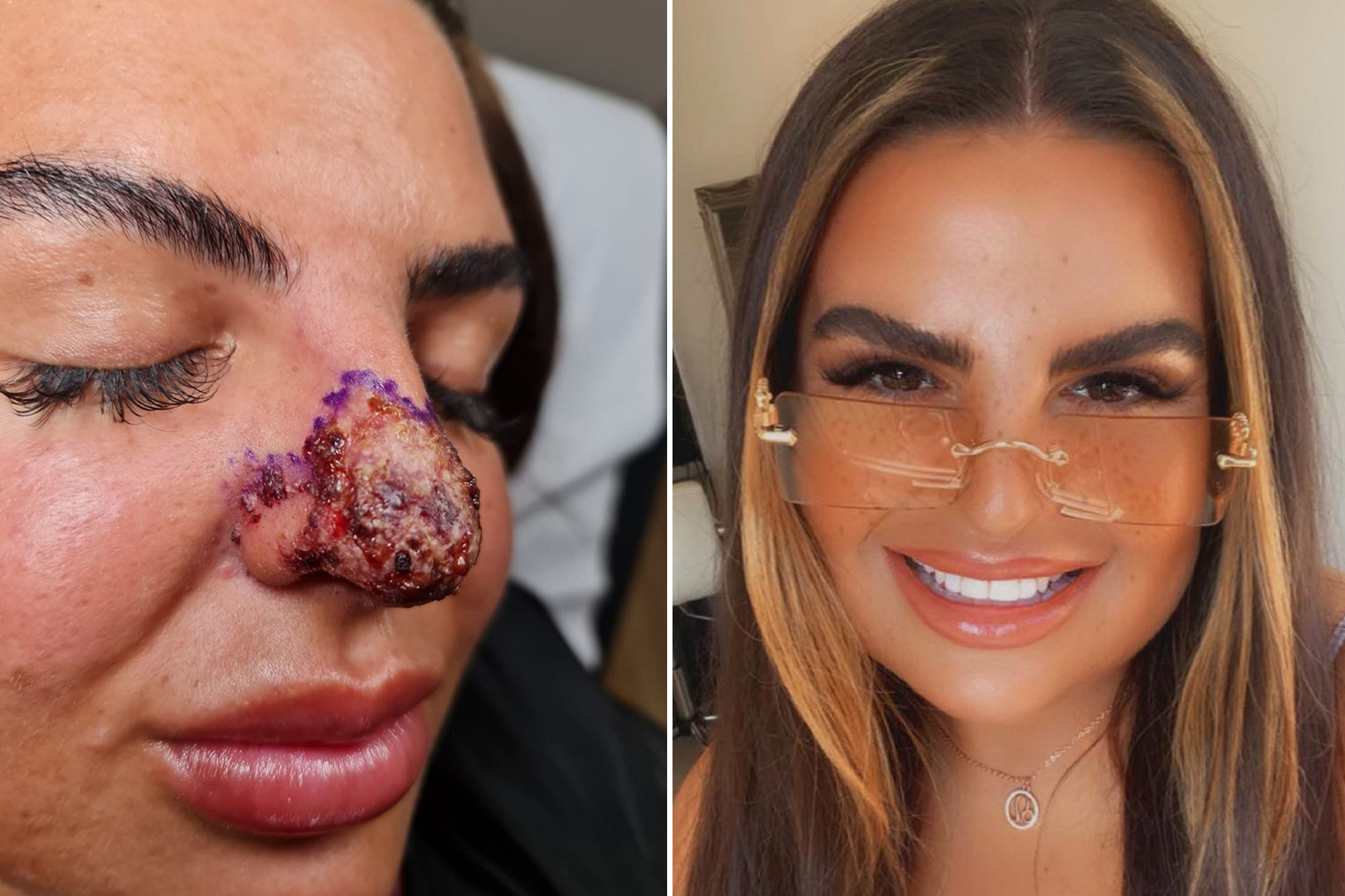