Brooklyn Councilman Brad Lander held on to his lead over City Council Speaker Corey Johnson with the absentee ballots factored in for the Democratic primary race for comptroller, according to unofficial results released Tuesday by the Board of Elections.

The left-wing Lander, who represents Park Slope and surrounding neighborhoods, maintained his separation from the pack and earned 51.9 percent of the vote in the 10th round of ranked-choice voting, while Johnson garnered 48.1 percent in second place.

Lander’s new 24,683-vote margin comes after the initial ranked-choice voting tabulation, which did not include the more than 125,000 absentee ballots, showed Lander with a 3.8 percent edge over Johnson. That identical edge was maintained with the absentee ballots counted.

“Thank you New York City! I promise to work hard every single day to build a city that is more just, more equal, and more prepared for the future,” said Lander after the latest tally.

“This was the most grassroots campaign for comptroller in NYC history — and I couldn’t be more grateful to everyone who was part of it.” “I’m honored to be the Democratic nominee for New York City Comptroller.”

Johnson entered the comptroller race in March, after bowing out of the mayoral race in September, citing mental-health struggles including depression.

Lander, a longtime safe-streets advocate — who has a habit of speeding in school zones — was endorsed by US Rep. Alexandria Ocasio-Cortez along with several other progressives such as city Public Advocate Jumaane Williams. Meanwhile, Johnson was backed by most major city unions, including the teacher’s union, TWU, the union representing transit workers and the powerful Hotel Trades Council.

Johnson, who was in the lead in early polls to be the city’s top bean counter, was criticized throughout the campaign by Lander for retaliating against organizations that opposed the budget passed in 2020.

He also took it on the chin from candidate and former financial journalist Michelle Caruso-Cabrera for allowing an increase in spending while serving as the council’s speaker. 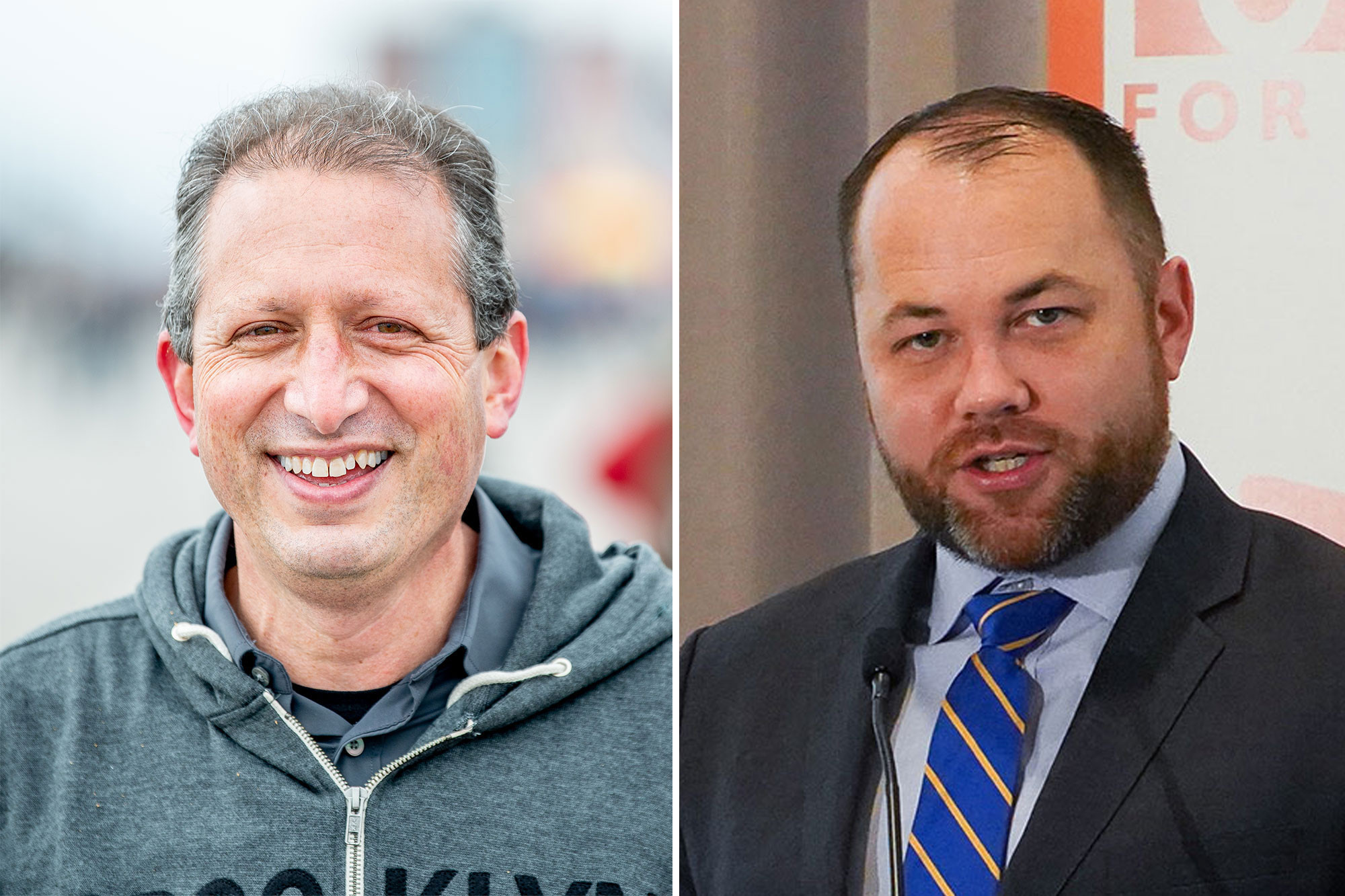