The city’s Department of Transportation will close the Brooklyn Bridge’s inner-most westbound lane off to car traffic on Monday night to convert the space into a two-way bike lane, Mayor Bill de Blasio said Thursday.

Construction on the bikeway will begin 9 p.m. Monday and wrap up “by the fall,” Hizzoner said during his daily press briefing.

“When that lane opens back up, it will be brand new. It will be for bikes only. It will be a beautiful and radical reimaging of a New York City icon,” de Blasio said.

The mayor’s plan to transform the roadway would slap an eight-foot two-way bike lane on the inner westbound lane while retaining two 10-foot vehicle lanes.

DOT plans to separate cyclists from automobiles using a barrier made of concrete and metal fencing, according to official renderings.

To safely connect cyclists to the lane, the city will install protected bike lanes on Centre Street in Manhattan and in Brooklyn on the bridge access road that runs parallel to Adams Street.

City officials hope moving cyclists to the roadbed will free up space on the bridge promenade, which was so popular before the COVID-19 pandemic, it often overflowed with people on busy weekend days.

The landmark span’s popularity has come with consequences — collisions are not uncommon, and bike commuters tend to avoid it altogether.

“If you’ve tried to go across that path, you’ve seen pedestrians, New Yorkers and tourists, often looking up with the great skyline of New York — and bicycles trying to wind their way through that crowd,” said State Sen. Brian Kavanaugh, who represents neighborhoods on both sides of the bridge.

The Brooklyn Bridge is one of four East River crossings with bicycle access. The number of people biking across the four spans has jumped 27 percent since 2019, Streetsblog reported Tuesday. 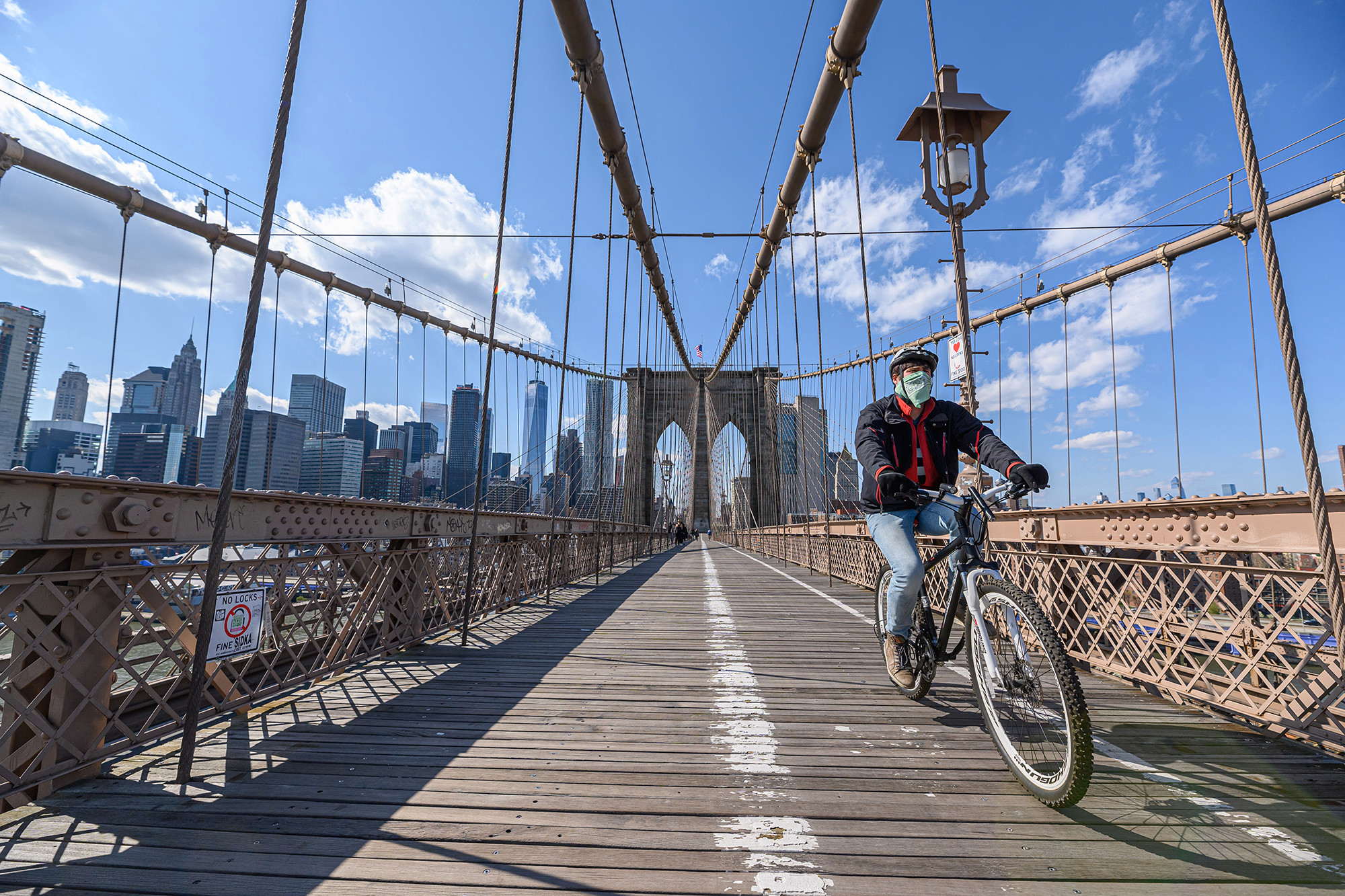