Wildlife officials in Alaska have said two campers were attacked by a bear this weekend while they were sleeping in a tent in Kenai National Wildlife Refuge.

Alaska Department of Fish and Game biologist Jeff Selinger said the campers were sleeping when the bear attacked Saturday around midnight, the Anchorage Daily News reported Saturday. The campers had bear deterrents but did not have enough time to use them.

“There’s no indication that they did anything to prompt the attack or did anything wrong,” he said. “It’s one of those where you happen to be in the wrong place at the wrong time.”

Refuge spokesperson Leah Eskelin said the campers were attacked in a dispersed area along the shoreline of Skilak Lake, about 58 miles south of Anchorage. There were no other campers in the area at the time.

Selinger said the campers, who were well prepared with first aid supplies, were able to load some gear into a kayak where they rowed for at least an hour to get more help. Selinger said cell service is unreliable near the lake. Officials said one of the campers was airlifted to a nearby hospital and the other was taken by ambulance. It is unclear how severe the campers’ injuries were.

“We’re grateful that they got the care that they needed right away and that everyone really came together at the campground to provide that aid and give them a quick response time,” Eskelin said.

Eskelin said officials do not know yet why the bear attacked or what kind of bear was involved in the attack. She said officials with the state Department of Fish and Game and U.S. Fish and Wildlife Service visited the scene, where they hope to analyze DNA from the tent to determine the species of bear.

Hidden Creek Trail, a 3-mile loop trail that leads to Skilak Lake, was closed Saturday after the attack, officials said. It reopened Sunday with signs warning people about the attack and to use caution.

Selinger said it would be wise to avoid the area because the bear could still be around. But he also urged campers and hikers to use caution and carry safety supplies if in the area.

“The big thing is being prepared as well as these folks were,” Selinger said. “Always have some medical equipment, maybe compression bandages and things you may not think of. And whenever you’re going out, just be prepared in case something does happen.” 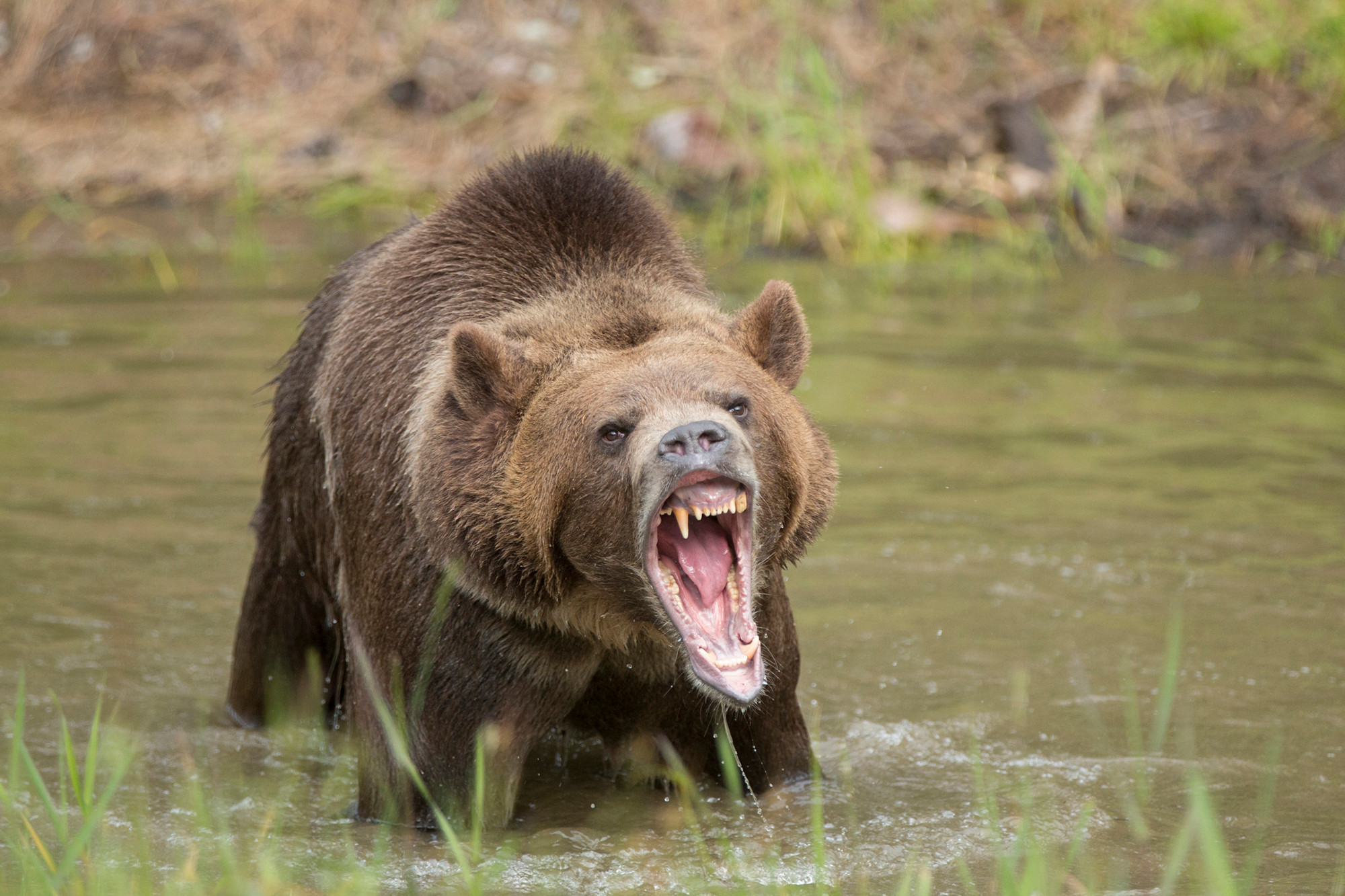