A Brooklyn driver was slapped with a ticket for parking near a fire hydrant — even though the vehicle was largely destroyed, new video shows.

The silver sedan was parked on Brooklyn Avenue June 30 when a passerby saw that the car was totaled, but an orange ticket was still affixed to the windshield wiper — even though there was no windshield.

The hood of the car and the bumper could be seen jutting out.

“Yo, only in New York, will your car blow up and you still park on a fire hydrant and you get a ticket,” said the man who filmed the video, identified by Newsflare as Filmer Omar. “Sorry bro, you gotta pay that ticket, man. No free parking, cuz.”

The exact location of the video was unclear, or what happened to the vehicle to cause the damage. 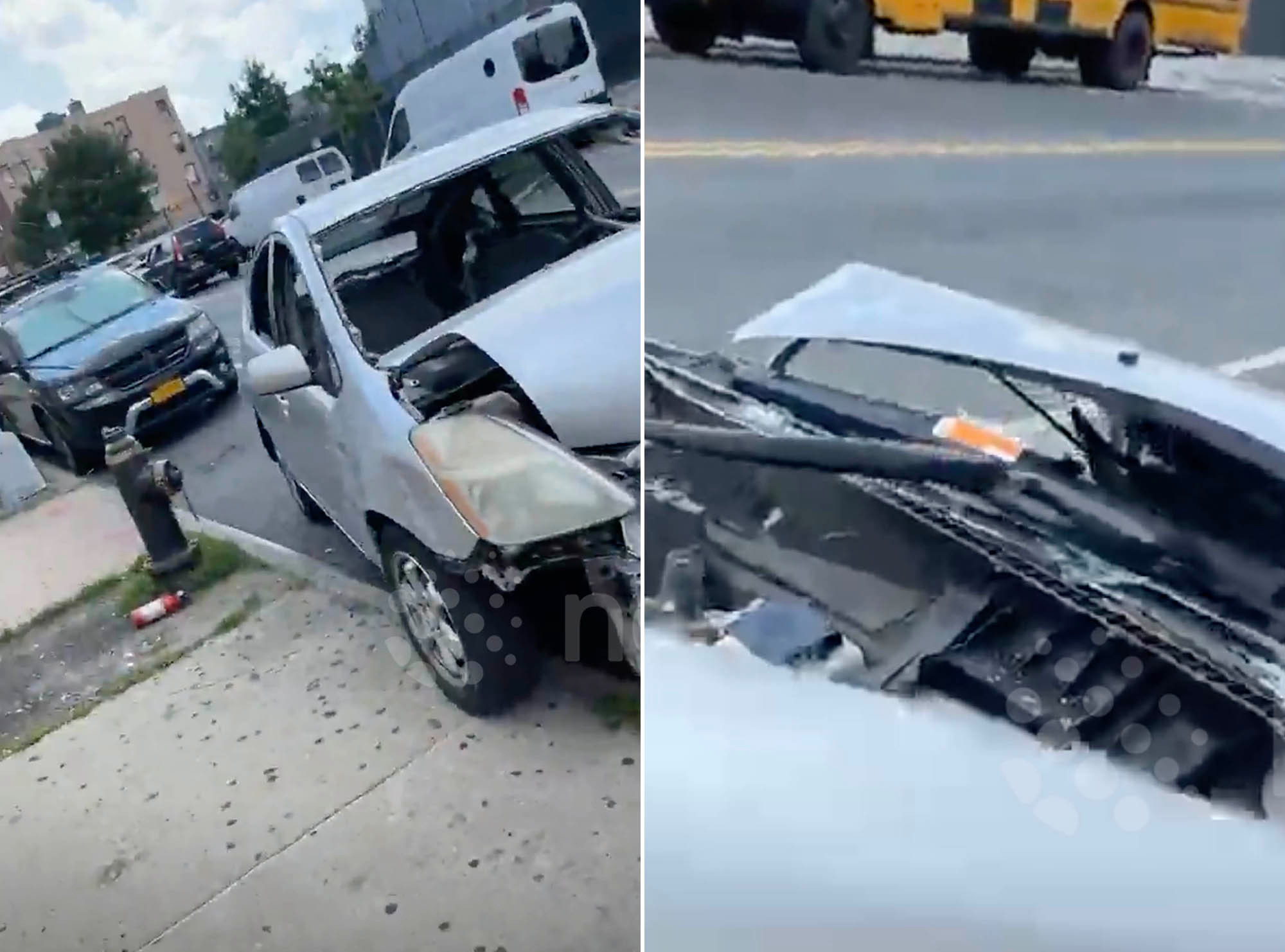