The city can move forward with its plan to relocate a group of homeless men from the Upper West Side Lucerne Hotel to a downtown hotel, an appellate court ruled Thursday.

The city’s plans to move some 200 homeless men at the Lucerne to a Radisson hotel downtown has been repeatedly stalled, thanks to an October lawsuit filed by downtown residents that’s been winding its way through the courts.

Three formerly homeless Lucerne residents also sought to stop the transfer and appealed a lower court ruling allowing the city to go forward with the move.

But on Thursday, the Appellate Division, First Department said the appeal was moot since the three men “have all moved out of the Lucerne and secured separate housing,” according to the ruling.

The decision clears the way for city’s original plan to move forward.

Michael Hiller, a lawyer for the three men, said he was disappointed with the ruling but noted that their case paused the relocation plan long enough for 100 of the Lucerne residents to find homes.

Hiller also said it was a victory that the city and Democratic mayoral candidates are “talking about affordable housing, its relationship with racial and social injustice, institutional economic inequality and bringing about citywide change.”

“Notwithstanding this unfortunate ruling, we won critical victories along the way that have already made a world of difference,” Hiller said in a statement. “So, while we may have lost this battle, we are winning the war.”

Randy Mastro who represents WestCo, an UWS organization that supported the relocation of the homeless men, said in a statement: “We are gratified by today’s decision putting an end to this sad litigation saga.

“WestCo’s goal has always been to see the men get the services they need. Now that will happen and that’s a good thing for all concerned.”

The Department of Homeless Services, the city Law Department and Downtown New Yorkers Inc. — the group of downtown residents and businesses that filed the initial lawsuit seeking to block the move — did not immediately return requests for comment.

In January, the First Department issued an interim ruling pending appeal that the homeless men living at the Lucerne could choose whether to relocate downtown or stay.

It was not immediately clear how many men are currently living at the Lucerne and how many, if any, are living at the Radisson downtown. 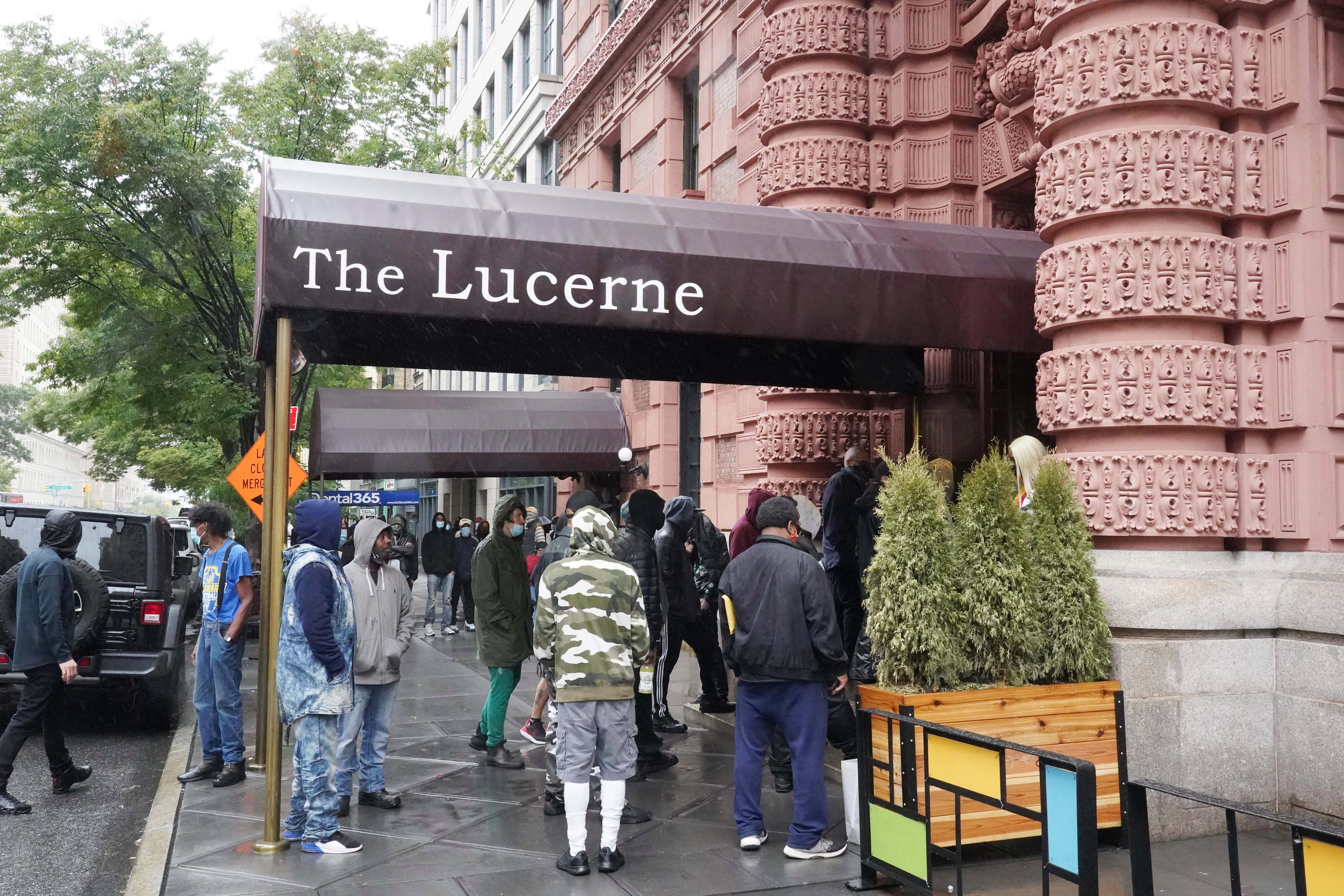