The heist came by mail.

A bland looking packet of eviction papers arrived one day in 2013 at the Harlem home of Ronald Stewart, a disabled man who’d lived there comfortably for more than half a century, sharing the $2 million townhouse on West 132nd Street with his daughter after inheriting it from his mother Caroleen five years earlier.

He wouldn’t have known the name on the official looking filing that sought to oust him from the three-story manse — One 100 Street Corporation — but Stewart had fallen behind on the property taxes he owed to the city. Perhaps the arrears had finally caught up with him.

What Stewart didn’t realize was that he was being targeted by a ruthless career con man with a long history of allegedly faking documents and preying on the vulnerable. Or that it wouldn’t take long before he would lose the home — and end up living in a rooming house.

Stewart had fallen behind on paying the annual $17,893 in property taxes on his West 132nd Street townhouse. The unpaid taxes put him on the radar of Joseph Makhani, whose history of alleged real estate schemes dates back to the 1990s — and who was indicted this week by New York Attorney General Letitia James for stealing two other Harlem brownstones.

“I read it, the seven-count indictment,” Stewart told The Post Saturday. “He is getting what he deserves.”

Stewart’s home is less than a block from one on West 131st Street, where authorities say Makhani used a signature from a tenant and paperwork sleight of hand to successfully fake ownership — only to let that house fall into disrepair, racking up more than $1 million in fines along the way. That home is now worth $1.9 million.

And about a dozen blocks south, on West 118th Street, Makhani, 58, used forged deeds and other doctored paperwork to take Veronica Palmer’s home, offering her $10 that the disabled 79-year-old owner never got, the AG charges. The home is now worth $2.29 million.

Palmer’s longtime neighbors told The Post Palmer came home one day in 2013 or 2014 and saw that her front doors were bolted shut. The neighbor, who did not want to be identified, told The Post he had to use a bolt cutter to open the doors.

Soon after, Palmer, who used to wander the neighborhood collecting tin cans, disappeared, he said, adding he assumed she had sold the property.

“I really feel bad for her,” said another longtime neighbor, adding at one point the neighborhood was full of speculators going door to door.

“They were coming around with clip boards and then iPads trying to find out if you might have financial problems,” she told The Post. “They rang your bell, they called you, they sent you letters.”

While the Attorney General took on the case of Palmer’s home, Stewart had to fight Makhani in civil court, where the Long Island man is embroiled in at least three cases with similar claims.

Those who’ve battled him think Makhani finds his victims by trolling local courts, looking for homeowners who died without wills, and by scouring tax liens to swoop in on properties in financial distress.

That’s what appears to have happened to Stewart, who broke his neck and back in a 2006 accident.

The March 2013 eviction papers came from a company linked to Makhani, stating that another company — also controlled by Makhani — had paid the back taxes on the home, and now owned it.

Among the documents: a deed, dated Dec. 18, 2012, signed by a South Carolina woman that Stewart didn’t know. The mystery deed appeared to give Makhani control of Stewart’s home. Makhani said he would give Stewart $2,690 to help him move and put down a rent deposit on a new place, but didn’t pay a penny.

Stewart left anyway that November, moving to a single room occupancy where he was paying $200 per week, court records say.

By February 2014, Stewart sued Makhani, two of his LLCs and others in Manhattan State Supreme Court. More than five years later, after a trial, a jury gave Stewart his home back, finding Makhani had tricked him into giving up the townhouse.

But Makhani wasn’t done with Stewart: he quickly sued his victim to recoup the property taxes and maintenance he’d paid while in possession of the home. A judge’s quick dismissal didn’t deter Makhani, who then appealed. That appeal is pending, court records say.

Makhani and an older brother, Michael, use courts like a weapon: when their alleged wrongdoing was featured in the news sites Gothamist and Curbed, the brothers sued for defamation in 2016. The suits were quickly dropped.

It’s the type of vindictiveness a certain corner of Brooklyn is all too familiar with: the volunteers who safe-keep a Prospect-Lefferts Gardens community plot tangled with the Makhanis in 2014.

The plot was debris-filled and in disrepair until the gardeners came along, transforming it into a lush green community garden. The Makhani brothers claimed to own it, wanting to build a condo tower there.

A multi-year court battle, which the gardeners won, even included an unrelated trip-and-fall case in which the Makhanis’ lawyers issued subpoenas to those who had publicly spoken out against the brothers in the garden fight, according to a report. Then-Borough President Eric Adams later led an initiative to acquire the land for the Parks Department.

Makhani, who controls a dizzying number of limited liability companies, some of them with names like HUD LLC and HPD LLC, are reminiscent of government housing agencies, works with his brother Michael out of an office in Jamaica, Queens.

The Kings Point resident owns a sprawling 6,000-square-foot mansion in the tony enclave on Long Island’s North Shore which features a pool, spa and even a private well for irrigation. The property also has beach rights, and he owns another house on the same quiet street, property records show.

The Attorney General’s indictment isn’t Makhani’s first brush with the criminal justice system. In 1998, he and his brother were among 25 real estate brokers who pleaded guilty to a massive bid-rigging scheme on foreclosed properties in Queens, which played out on the court house steps at public auctions.

The Makhani brothers served three months in federal prison in 1999, and paid fines of $20,000 each for anti-trust violations, according to court records.

Leslie Nizin, an attorney for Makhani, did not return a request for comment. He said earlier in a statement that his client was not guilty and “looks forward to his day in court when the facts of this case are heard and he is vindicated.” 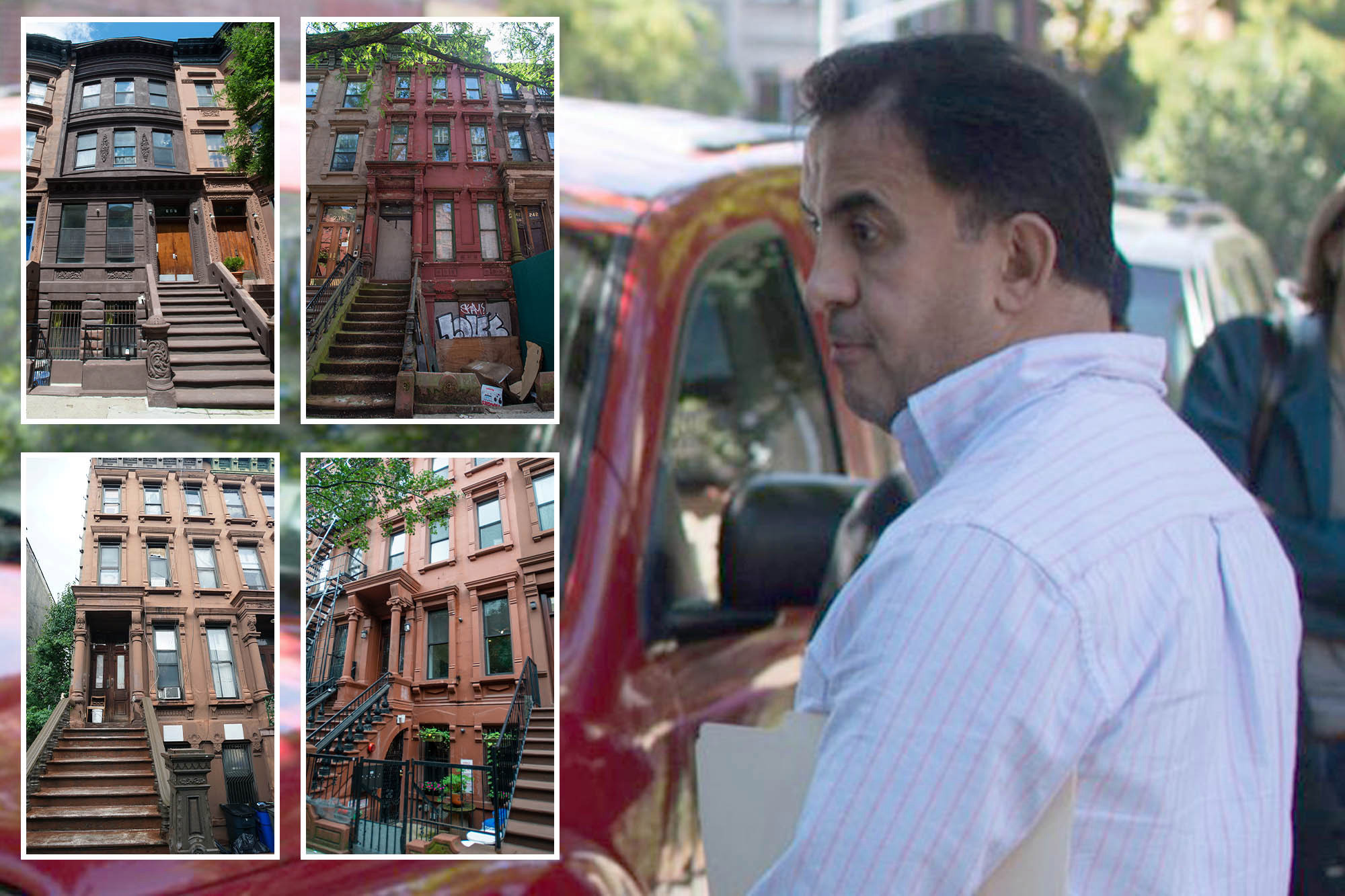