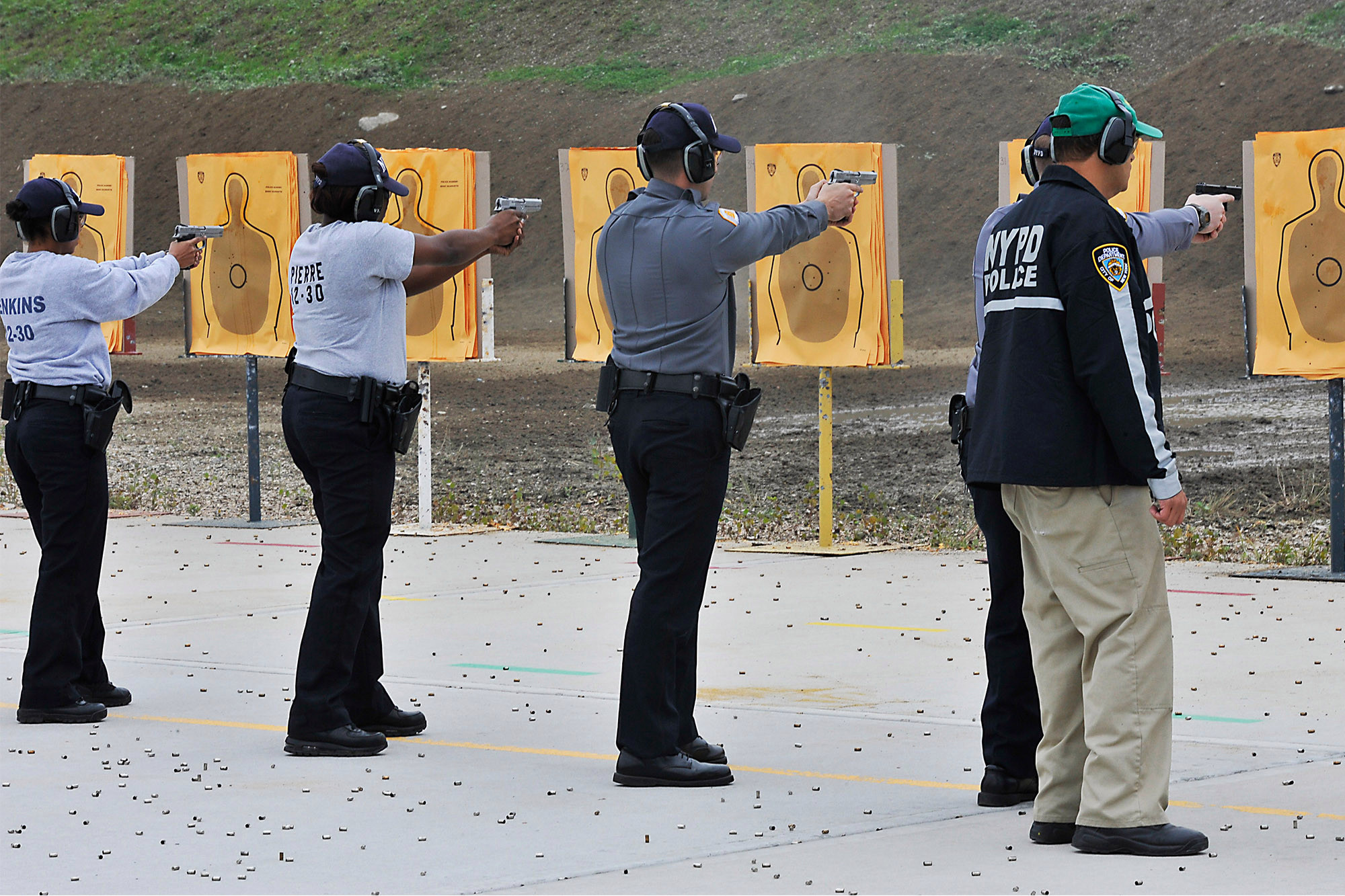 An NYPD cop was wounded when a ricocheting bullet at the Rodman’s Neck police firing range struck him in the neck Tuesday, police said.

The injured officer was at the Bronx range for annual firearms requalification at around 11 a.m. when another cop fired off a round, which ricocheted and struck the wounded officer, police confirmed Thursday.

The cop was standing about 25 yards behind at the “Boy Range” at the Rodman’s Neck Outdoor Range when he felt a sharp pain in his neck, police sources told The Post.

He reached for his neck and noticed that he was bleeding, so he notified the range supervisor, who called an ambulance and temporarily shut down the range.

The wounded cop was taken to Jacobi Hospital, where he was listed in stable condition.

The firing range, which occupies a large portion of the Bronx peninsula, is used by the department for training, practice and qualifications for firearm use.